What would you do if all your dreams came true on Christmas morning?

Michael Pappas has been dating football superstar Tre Griffin on the sly for nearly a year. Unfortunately, the demands of Tre’s career often keep them separated and alone.

But Tre has a plan to change all that, and showing up unannounced in Miami on Christmas Day is just the beginning of his surprises ... 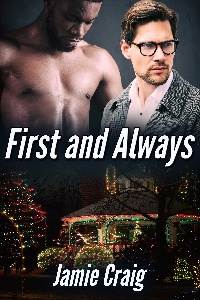 “Wait. One thing before we do this.”

“What?” His cock ached, and his skin was tender to the touch. All he wanted was to shed his clothes, then Tre’s, and entwine their bodies together. Then it hit him what Tre probably meant. “Oh. I put the lube in the outside pocket. But we don’t need that yet, do we?”

It was Michael’s turn to smile. “You didn’t seem all that interested in presents when we were at my parents’.” He sat up and stretched for his duffle. “So you think you’ve been good enough this year not to get a lump of coal?”

“Yes, but only barely.” Tre sat beside him, their thighs touching. “Did you get me something better than a lump of coal?”

Unzipping the side pocket, he pulled out the two presents he’d brought with him. Both were in similar boxes, long and flat, with red ribbons binding them shut. Michael passed the thicker over first. He held his breath while Tre pulled at the ribbon and opened the lid. The silver of the watch’s band gleamed against Tre’s dark skin as he took it out of the box. In contrast, the face was black with sapphire crystals marking the hours. When it had come to what he was looking for, nothing beat Swiss Traser quality. “It’s got the dual time zone on it,” Michael explained. “So no matter where you are, you’ll always know what time it is in DC. No more calling me in the middle of the night because you did the math wrong.” He laughed. “Not that I had a problem with it, but I thought it would help.”

Tre turned the watch over in his fingers, studying every bit of it. When he saw his initials on the on the back, the shock on his face was replaced with a wide smile. “It does help. This is really ... gorgeous.” He fidgeted with the old watch he always wore and slipped it off in favor of the new silver band. “I think this is the nicest thing anybody has ever given me.”

Michael flushed with pleasure. He’d spent hours trying to figure out what to buy for Tre. Something that said how special he was without creating suspicion that Tre might find hard to explain. Hearing Tre’s approval made every second staring at catalogs worth it. “This one’s the one I didn’t know how to explain to my parents if they saw.” Michael passed over the second box.

He waited as Tre repeated the process. This gift held a stack of brochures, all showing different resorts in Tahiti. “I haven’t actually bought any of these yet,” he explained at Tre’s startled look. “But I thought it would be nice for us to get away someplace warm during spring break. Tahiti sounded like a good place to start looking.” “Yeah, it’s ... it’s a great place. It’ll be nice to just get away somewhere.” Tre looked up, his eyes shining. “This is definitely much better than a lump of coal.” He took Michael’s hand, squeezing it softly. “I uh ... well, I got something for you. And I hope that you like it. But ... be kind.” He slid off the edge of the bed and onto one knee. “I’m a little nervous.” 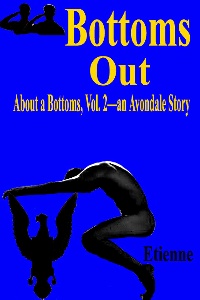