Alice plans to spend the holidays in a tropical paradise. But her car breaks down en route and she seeks haven in a quaint local hotel.

Trapped forever in his writing room, the ghost formerly known as Clayton Grayson wants only to finish his last novel. His typewriter is still sitting on his desk, a stack of blank white paper beside it.

Alice is the first person who can see anything Clayton Grayson attempts to type. If he’s going to finish his book, he needs to convince her to stay long enough to help him.

The more Alice learns about the author the more she is drawn to him. And as he works with Alice, Clayton realizes he wants more than one last book. 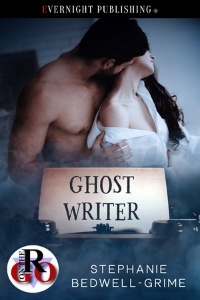 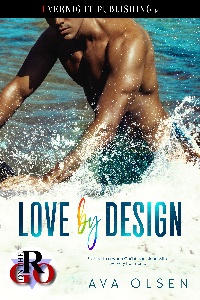 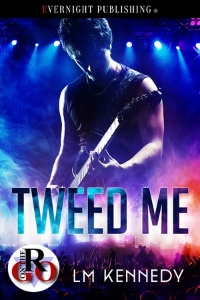 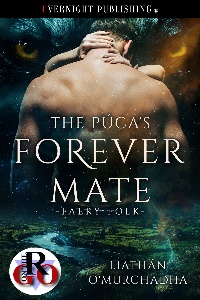 Alice awoke to the moon’s silvery light filling the room. Instead of being in bed, she sat at the typewriter. But she could feel the warmth of the man standing behind her.

Her fingers moved over the keys, typing as fast as she could, word after word spilling from her fingertips. A warm hand covered hers. “That’s enough for tonight, I think.” His voice was deep, honey-smooth and nothing like she imagined it would be.

She turned in her seat, abandoning the typewriter. “Are you sure?”

Looking up into his face, his blue eyes shone in the moonlight. “Oh, I’m more than sure.

“But we have so much more to do before I—” Leave. She couldn’t say the word.

“Yes, we certainly do. All the more reason not to waste time.” Mason reached for her and pulled her up into his arms. “So much more to do.”

The moonlight cast harsh shadows on his features, sharpening the line of his cheekbones and his jaw. A lock of dark hair fell across his forehead. Silvery light cocooned them together.

“Oh, yes.” He bent his head and his lips brushed hers. “And in a dream we can do anything we want.”

His words resonated in a way she hadn’t expected. She couldn’t think of the last time she’d been able to do anything she wanted. A stray thought of sandy beaches flitted through her mind before vanishing completely as his mouth closed over hers.

This was what she wanted. She’d been thinking about it since she’d found Mason’s book on the library shelf. 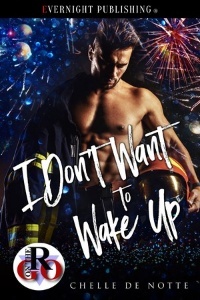