Arita Carter’s life, defined by her Boston heritage, is disrupted when she inherits her murdered aunt’s Wyoming ranch and meets a cowboy she cannot resist. Clay Harding resents working for an arrogant redhead who knows more about caviar than cattle. Defensive and trying to mask desire for his new boss, Clay treats Arita with indifference. She responds with haughtiness.

Gradually, Arita is seduced by Wyoming’s uncluttered open spaces…and by the hunky foreman. One wild night has her questioning her values, her future, and her past, but being shot at sends her back to the security of Boston.

Are her feelings for this man, who’s so different from anyone she’s ever known, strong enough to make her give up her work, her family, and her comfortable world to live on a remote ranch? Can she return to Wyoming and face the danger of a killer…and a love that’s totally wrong for her?

4 STARS: "You can have it all with INHERITED DANGER by Patricia Clay...suspense, danger, passion, romance and cowboys! This is a great read with a fascinating cast of characters and two wonderful leads that will warm your heart. Arita Carter had the perfect life back in Boston...or so she thought. A stressful, demanding job, overbearing parents and a passionless fiance who Arita thinks is Mr. Right. Then Arita's Aunt Jessie suddenly passes away and leaves a large ranch in Wyoming in her care. Arita doesn't know the first think about running a ranch, so thank goodness Aunt Jessie's foreman is willing to help her out. The only problem is....he is drop-dead gorgeous and absolutely impossible to stay away from. Clay has been burned by an old flame in the past and doesn't want to get involved with his gorgeous new boss. That may be easier said than done when he realizes he can't keep his hands off her. As each day goes by, Clay and Arita find it harder to bear the truth that they stand no chance at a future together. Her life is in Boston and his life is at the ranch. To make matters worse, Arita realizes the ranch she just inherited is quickly on its way to bankruptcy unless she can turn things around quickly. Faced with that dilemma and the idea that someone is causing mysterious accidents on the ranch, Arita wonders if her Aunt's sudden death was really an accident. At all. If it wasn't, Arita fears she may be the next target. Arita was a wonderful heroine. Her transformation from city girl to country bumpkin was absolutely adorable. It's clear to the reader long before it's clear to Arita that she belongs in the wilderness of Wyoming and it makes it all the more charming when she discovers it for herself. What matters though, is whether she's going to decide to stay there! I enjoyed reading about her character and experiencing her determination to see things through. She was very sensible, independent and intelligent. Of course, her experiences in Wyoming are turning her life upside down and she finds it hard to be sensible about things! Yet it is the changes that her new life brings that make her all the more interesting. Then there's the rough n tough cowboy Clay. Just like Arita, I fell hard for him by the end of the first chapter, he was that incredible sexy. Not to mention charming with a great sense of humor. I loved how Clay was so sure of everything once he faced his feeling for Arita. Sure of himself, sure of Arita and sure of their future together. For a woman as strong and independent as Arita it was an interesting development to see her get used to the fact that she could rely on Clay. He became the knight in shining armor for her and it was just adorable! I also adored the stunning passion between Arita and Clay. I would say they create enough fire to set off a fire alarm or two! Yet around it all were very sweet and emotional times that made you sigh in contentment. Sometimes these two would butt heads, other times they couldn't keep their hands off each other, which made their romance very entertaining to read! Those looking for two characters with plenty of chemistry and attraction need look no further than Arita and Clay. Well written, suspenseful...INHERITED DANGER is a great read. You can try keeping track of all the bad guys, but I fear you'll be sorely disappointed you were wrong by the end! Ms Clay keeps the drama and suspense going round and round until you have no choice but to let her reveal the villain to you rather than try guessing yourself. It's entertaining and pure enjoyment to see this novel through until the end. One thing though...one teeny tiny thing. I would have LOVED an epilogue! The story resolves everything by the last page, but I wanted just a peek a little further down the road for these two since I became so attached to these characters. Still, it's a minor issue for a wonderful read. INHERITED DANGER is the novel that will take you to a classic yet unique world! One with charming cowboys, sassy women, dangerous suspense and plenty of fun. I stayed up well into the night trying desperately to finish it! Patricia Clay has penned a wonderful debut novel that will leave readers satisfied and wanting more!" -- Lisa, The Romance Reviews

Arita watched Clay as he rode ahead of her down a narrow path. She couldn’t help dwelling on the strength of the man. Muscles built up from years of riding, roping, and hauling showed through his shirt and jeans. A thrill of desire shot through her but dissipated quickly as she thought of Wade Valentine’s words, “Drifters have nothing to lose. They’re quick to use a gun.” With an inner laugh at herself for giving even a moment’s credence to this kind of ungrounded suspicion, she set Penny into a canter.

These limitless stretches of open land were making her feel isolated and vulnerable. Something was happening to her mind. Last night she’d been frightened of Mama, now she was doubting Clay, and he’d done nothing but offer help.

“What will you use your bonus money for if by some miracle we manage to turn this place into a money-making concern?” As the trail widened into a clearing, she slowed Penny’s pace, and he followed suit with Blaze.

“I’m aiming to buy a Kentucky horse farm for my brother, father, and me to work.”

Somehow disappointed he wanted to leave Wyoming, she rode ahead again, steering her horse into a climb.

“I see some trees up there, but what else is at the top of this hill?”

Arita stopped mid-way to focus an annoyed stare on him. “Yes, it’s very beautiful, but what I asked was, what’s at the top?”

“No, I mean this hill is called a butte here in Wyoming.”

“Oh, never mind, I’ll find out for myself what’s up there.” She set Penny into a gallop.

“Wait!” he called after her.

At the top, Arita pulled out a hanky to hold over her mouth and nose to mask the sulfur odor. Penny shied when her reins were loosened. Arita grabbed them pulling hard. The mare reared.

Somehow Clay was there to catch her slide to the ground. “What’s the matter with you? Are you crazy?” He placed her on her feet and scowled.

She caught her breath. Being in his arms felt awfully good. His eyes narrowed, and his breath quickened. Damn, he was going to kiss her and damn if she didn’t want him to.

His head angled slowly down to hers, allowing her plenty of time to pull back. The anticipation was too much for her. She stood on tiptoes and met him halfway. A low growl escaped as he deepened the kiss, and she heard herself moan in response. His lips were softer than she’d imagined and his body harder. He broke the contact, scanned her face, and reconnected, wrapping his arms so tightly around her she could barely breathe. She didn’t want or need to. What she wanted and needed could never be satisfied by one kiss or two or maybe not even a thousand. The thought had her easing her palms between them, against his chest, to step out of the circle of his arms. How could she pretend an employer-to-employee relationship after this? She took another backward step.

He yelled and grabbed her hands. “Be careful! Do you have a death wish?”

On the very edge of the flat hilltop, Arita sucked in her breath and peered into nothingness. He drew her back into his arms, but this time, she stopped his kiss with fingers to his chin. “We can’t do this.”

“Darlin’, I believe we just did.” He kept his grip on her shoulders and kissed her again, deeper and more demanding this time.

When she realized what was happening to his body, she shrugged away. “Clay, please. We have a business relationship too important to obfuscate with-with…”

Head cocked to the side, a corner of his mouth twitched. She’d kill him if he laughed. “I’m serious. You are in my employ and—”

“And?” He bent to speak against her lips. “You’re afraid I’ll sue for sexual harassment?”

Her answer was swallowed by another kiss more searing than the last. She didn’t resist. Damn, he tasted good, warm and strong. Her traitorous fingers furrowed through his hair, her traitorous tongue twined with his. Thumbs brought her nipples to hardened peaks and hips with a mind of their own ground against his arousal.

When they broke contact, both were panting. He was not smirking now, and she had little fight left in her to be reasonable.

“I hate to let you go, Red.” He rubbed his hands up and down her arms.

If he only knew how much she didn’t want him to let her go. Not able to think of a reply, she turned toward her horse.

She shook her head. He had to know as much as she. Nothing would be simple between them after this. “I eventually go back to Boston and you go to Kentucky. That’s about the only thing in the future that seems clear to me.” 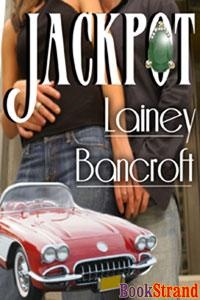