Tucker is hired by a neighbor, Dustin, to help cut and split trees for firewood. They are both out and end up in a splendid love affair. Tucker's father is a widower and Dustin's mom lost her husband years ago and the parents hook up.

Tucker and Dustin, both in their early twenties, have a fall out due to their immaturity. They broke up, both miserable but stubborn. After an accident that sends Dustin's pick-up into the river, Tucker is there to save his love. The near-death experience gives Dustin a new outlook on life, but has he learned and grown enough to work through the challenges in order to reunite with Tucker?

Tucker got his chainsaw from his old pick-up and put on his orange cutting chaps to protect his legs in case the moving chainsaw hit a leg. Dustin knew chainsaw injuries were next to fatal and they maimed a body in an instant. Tucker asked, “Don’t you wear chaps?”

Dustin winced. “I should. Lost mine. Haven’t bought more.”

Tucker shook his head. “I have a spare pair in my truck.” He got them and Dustin put them on. “You can keep them. I never need a spare.”

Dustin said, “I’ll pay you for them.”

“Naw, that’s okay. Had them a while. Bought them cheap at a garage sale.”

They went up the hill and began cutting trees and downed trees. They regularly checked on each other, keeping each in sight. When he could, Dustin checked out Tucker’s ass, so tight in his worn jeans. He wondered if there was any chance Tucker was gay. Dustin’s gaydar wasn’t working. Dustin wondered what size cock Tucker had and if it was cut or not. He never cared, just enjoyed a hard dick. He allowed a short fantasy, finished cutting a tree and turned his saw off as he saw Momma walking toward them with lunch. He used his whistle to get Tucker’s attention and dragged his finger across his throat. Tucker turned his saw off.

They moved next to each other and gandered at their work. Dustin said, “We’ve cut enough. Need to buck it all up then next time we’ll split.”

“Am I doing okay? You’re happy with me?”

Dustin bit his lip for a moment. “Yeah, very happy. You cut faster than me. I like your technique. My dad taught me but he wasn’t a professional like your dad.”

Momma strolled up. “Momma, this is Tucker. He lives up the hill. I hired him like you told me to. Tucker, this is my momma.”

She said, “I never learned your name. You used to come in regularly, but not in the last few months. Did we do something to upset you?”

He smiled and took his hard hat off. “No, ma’am, money’s tight. Dad still not working. We’re behind on the mortgage. Sorry.”

She said “Oh, I’m sorry about all that. I hope it works out.” She handed long sandwiches to each guy. “Fresh turkey, tomatoes, avocados, cucumbers, bell peppers and sesame oil and balsamic vinegar. Hope you like all that.”

Dustin fell in love with Tucker’s smile and his dick started to fill.

Tucker said, “Yes, ma’am, I like all that. To tell the truth I’m half German Shepherd so I eat just about anything.”

The guys sat, ate, and talked.

Tucker asked, “What do you do, Dustin?” He grinned. “I like your name, it’s cool. Better than Bill or George or John.” His grin deepened.

Dustin felt his head and neck heat. He knew he had to be blushing, something he never outgrew. “I work as a massage therapist in the chiropractor’s office. Done that for two years. Pay is great.”

Tucker finished his sandwich. “That was fantastic. I’ve never had a massage and can’t afford one right now.”

Dustin allowed another fantasy of undressing Tucker, wondering what undies he wore. “I can give you a great massage. Hey, we’re neighbors. No charge. I have a portable table at home.”

Tucker handed Dustin’s briefs back to him, and said, “Put these on.”

Dustin looked with curiosity but complied. Tucker sat on the queen-sized bed and took Dustin over his lap and started a gentle spanking. Dustin wiggled. Tucker hit harder and harder. Dustin sucked breaths in. His cock was full and throbbing. “Yes, thank you, more, please.”

Tucker hit harder then pulled the briefs down to his thighs. It went on for over fifteen minutes until he stopped and stood, taking Dustin with him. They kissed with tongue.

Dustin pleaded, “Fuck me, please. I need it.”

“Only because I love you, Dustin.” He went to the nightstand and got lube and a rubber.

Dustin said, with a high-pitched voice, “You love me? Really?”

Tucker kissed him again and gently dragged his fingernails over Dustin’s red ass, making him moan and wiggle. “Yes, I love you, Dustin. You’re everything I want in a boyfriend, except you’re a bottom boi. Because I love you, I’ll fuck you.” He bent Dustin over the bed with his briefs still around his legs and slipped his dick in.

“Oh, yes. Love a cock in my ass. Just love it and yours is bigger than average. Thank you.”

Tucker pumped away while holding Dustin’s shoulders. Dustin squirmed and smiled, loving it. He hated to top and loved to bottom. He spoke as Tucker fucked him. “I had the hots for a high school teacher. I knew he was married but wished he was bi. I ran into him in town when I was twenty. He asked if I still had the hots for him. Of course I blushed and said yes. He confessed he was bi and liked me but would never do anything with a student. I visited him at his home when his wife was gone and he fucked me good. Twice the first time. Then a week later he said he came out to his wife and she said she wanted to watch. I went there again and met her. She was nice. Pretty, but I never had any interest in women. She watched in just a bra and panties as her husband fucked me. She asked me to do her but I couldn’t. I ended up coming on the guy’s face and she licked it off.” Dustin moaned. “I love a dick in my ass.”

Tucker fucked harder. “Close.” He gripped Dustin’s shoulders hard and made a smacking sound as he pounded Dustin’s ass. He moaned and stopped with his cock deep in Dustin. He pulled out. “Fuck me, Dustin.”

With his briefs still at his knees, he smiled. “Only because I love you, Tucker.” They kissed. “I think your name is so sexy. I’m happy you’re gay. How do you want it?”

“Bend me over with your briefs still on. Take me. Use me. Make me yours.” They kissed with tongue. 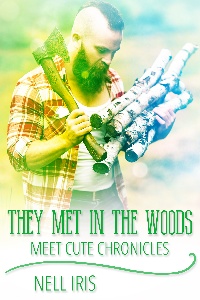 Sleuth LLC: Birds of a Feather (MM)
Etienne
In Shelf
$4.99
Tweets by
sirenbookstrand