Heat Rating: Sextreme
Word Count: 25,333
20 Ratings (3.9)
Contemporary Alternative (M/M, Gay)
In Bookshelf
In Cart
In Wish List
Available formats
HTML
Mobi
PDF
ePub
Cover Art by Les Byerley
Reviews
This was a fun read, although much too short. I didn't really get an opportunity to get to know Kai and Alan beyond the superficial, not to mention all the other members of the household.

However, the one thing I really liked was how this big family took in Chris and essentially adopted her. A six month pregnant teenager whose family kicked her out, and the father of her child has spent considerable time ruining her reputation on social media....well, I'm rooting for Chris.

"Six gay sons, a paternal order to “find a partner, settle down, and give me grandbabies”, and a mother’s orders to provide her with a granddaughter is a great start for what turned out to be a fun book. Much like in a soap opera, there is some drama, an unmarried pregnant teenager who is rescued by one of the brothers, and the focus is on the actions and revelations that follow. The relationship between Kai, the oldest son, and Adam, the man who helped him rescue the pregnant woman from an attacker, progresses quickly and pretty seamlessly. The result is a whirlwind romance between two workaholic businessmen and a family pulling together in the best possible way. Kai is the oldest son and, from the sound of this first book, the most successful of his brothers. A multimillion dollar business doesn’t run itself, and Kai is all abut his job and making sure he becomes an even bigger success. Meeting Adam and getting involved in finding out what has happened to Chris, the pregnant teenager they rescued, opens his eyes to other ways to spend his time. Kai is not a complicated man, but he does go after what he wants full steam ahead. Adam is a successful systems manager with insomnia. His preference for herbal teas was a nice quirk and part of the initial conversation and getting-to-know-each-other phase with Kai. While Adam is not always able to offer the solutions lots of money can, he develops ideas that support the Hill family’s plans. He is also an understanding partner for Kai and his external perspective on the family was helpful for me to get to know them a little as well. If you like entertaining family dramas, if you want to watch two workaholics develop a taste for each other on top of their jobs, and if you’re looking for a fun read with lots of positive vibes and some legal drama, then you will probably enjoy this novella." -- Serena Yates, Rainbow Book Reviews

More From A Man to Love 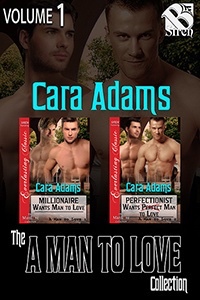 Kai tugged on the door to ensure it was locked behind him. It was a habit engrained in all of them from their earliest days because every room opened onto the courtyard. Their protection was in the blank walls and heavy entry door, not in anything inside the building.

His parents had been able to buy such a huge plot of land forty years ago because this was on the outskirts of town and on the poorer side. It was by no means a slum, or a dangerous neighborhood, but it wasn’t a good place for people to wander alone at night unless they were alert. Right now, Kai would welcome a few punks trying to remove his wallet. He’d taken off his suit coat and necktie before dinner, but he was still wearing business clothing, and nicer clothing at that, although not Armani or anything showy. He preferred to look middle of the road. It was always much better that people he might have to bid against for a contract underestimated him.

Kai shoved his hands deep in his pants pockets and strode along the sidewalk. Two miles to the park, half a mile around the park, and two miles back home should be enough to rid his body of the adrenaline, let him forget all about his father’s ultimatum, and get his mind focused back on his real life. For example, how to sort out the Standforth contract.

It was a tricky piece of business dealings. He was almost certain they were hiding a problem. That contract didn’t smell right. Oh, it looked like something his company could do, but it also made him wary, and there was no way he was going to sign it unless he was certain there were no hidden traps in it.

Kai was deep in thought as he entered the park and turned left to circumnavigate it. His shoes sounded loud on the concrete, and he was aware that he hadn’t seen anyone else for five minutes at least. It wasn’t that late. Maybe eleven. There would normally have been a few people out jogging or walking their dogs. He stopped thinking about the Standforth contract and paid more attention to his surroundings. He didn’t want to meet a gang of thugs. One thug didn’t bother him. Nor did two. Growing up in a family of six boys had taught him more than he ever needed to know about fighting, both clean and dirty. But he wasn’t stupid, and an entire gang would be sure to pound the shit out of him. He didn’t have time to spend a week in the hospital recovering from broken bones. Did they even have decent Wi-Fi at the local hospital? How would he answer his e-mails?

Up ahead, he noticed the park lights had been smashed, and the trees made everything dark. That definitely doesn’t look good. I’ll turn back.

A female scream cut though the air. “No! Leave me alone!”

He started to run toward her, and from his left, a jogger he hadn’t noticed raced across the park heading for the trees ahead of him. A punk burst out of the shrubbery holding a backpack across his chest, coming straight toward Kai. Kai launched himself forward, surprising the criminal and smashing him down onto the concrete. The punk dropped the backpack and wiggled away from Kai. Kai grabbed the backpack, figuring the woman’s possessions were more important than giving the criminal a punch.

Gripping the backpack, he raced forward and found the jogger bending over a huddled figure pressed against the tree.

“She’s bleeding. She’s not fine.” The jogger’s face was pale and worried in the dim light under the trees.

Kai pulled his cell phone out of his pocket. “I’ll pay for you to see a doctor.”

“I can’t pay you back. I don’t want your charity. I’ll be fine.” She swiped a hand across her face, and Kai caught a glimpse of hollow eyes surrounded by black shadows, streaks of blood, and a swollen belly underneath a too-short, too-tight T-shirt.

Fucking hell. She was injured, argumentative, and pregnant.

Then he had a brilliant idea. “Will you let my mother bandage your injuries at least? She’s a retired nurse.”

“I…” Her voice trailed away, and she slumped against the jogger.

Alan dropped his hands and gripped Kai’s ass cheeks. They were round but still taut with muscle. Every inch of this man was layered with the sturdy muscles that underscored his powerful personality. Alan wondered if he’d had the aura of power even as a boy or if it had developed once he’d been determined to make his own company a success.

Then Kai slung one heavy leg over Alan’s body and possessed his lips with a breath-stealing kiss that went on and on until he broke away, gasping for air.

Kai dropped down his body, kissing a line down Alan’s sternum, sucking around the rim of his belly button, drifting to the side to lick the join between his torso and his thigh, and stopping inches away from the cock that so eagerly awaited Kai’s mouth.

Well, fuck. Two could play at that game.

Alan wiggled out from under Kai’s leg and flipped himself around, pressing his lips to Kai’s nipple and gently tugging it until it was an extended, hard little nub. He balanced on one elbow, the fingers of his other hand on Kai’s other nipple, tugging and stretching it as he sucked the skin across Kai’s hip, following the line of the muscles there.

Alan dropped face down on Kai’s delightful body as Kai sucked his cock right down his throat, swallowing him all the way and almost bringing him to a climax in that instant.

But Kai knew he’d liked it. Kai’s voice was full of laughter at having won their little contest.

“Seriously? You can only get it up once a night? You aren’t as old as me, and I’m sure, with you in my bed, I could go twice.”

“Sex is a pretty good cure for insomnia, or so I’ve been told. Something to do with producing endorphins. We’ll have to work on your rate of recovery. But for now, you should be good to—”

Alan wasn’t going to listen to a lecture after having his dick almost swallowed whole. He leaned over and rolled both Kai’s balls in the palm of his left hand while using his right hand to feed Kai’s cock into his mouth. It’d been quite a while since he’d deep-throated anyone, and not from this kind of a position either, but he longed to taste Kai, and catching him off-guard was going to be almost impossible from now on.

Alan licked and wet Kai’s shaft, noticing that his balls were tight and drawn up. He was every bit as aroused as Alan was himself. Then he nibbled on the loose flesh along the side of Kai’s erection. That should have distracted him thoroughly. Only then did he open the back of his throat and draw Kai’s cock in deeper and deeper, breathing through his nose and sucking the cock as far as it would go.

“How does it feel from your end?” he asked, his mouth and throat full of dick and the words coming out in a muffled, indistinguishable jumble of sounds.

Kai sucked Alan’s cock deep into his mouth, and there was silence as each of them fought to bring the other one to climax before succumbing himself. Alan knew Kai was very competitive, but he was pretty damn competitive himself. It was just that he’d never been in a competition like this one before.

Deciding the only way to win was to cheat, he let go of Kai’s balls and stroked a wet finger back to Kai’s rosette, teased around the opening, and then slipped it inside, reaching for his prostate gland. His index finger found the hard little ball, and he pinged it just as Kai sucked his cockhead strongly.

Alan groaned and knew he couldn’t hold back any longer, letting Kai’s cock withdraw from his throat as he massaged the hard little love gland one last time.

Kai grabbed his shoulders and hauled him around until his head rested on the pillow beside Kai. “We’re damn good together,” Kai said, kissing Alan.

Alan had Kai’s seed on his lips and tongue, and now Kai’s tongue, coated with his seed, was exploring his mouth. He kissed him back, exchanging their flavors, letting them mingle and join until they pulled apart.

Kai pulled the comforter over them both. “Rest with me a while.” 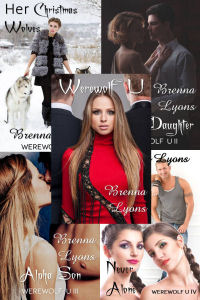