Patton Cooper won three national championships as the starting quarterback for the Los Angeles Marauders, but that didn’t stop them from trading him to Phoenix without so much as a warning. At thirty-two, he finds himself weighed down by old injuries and forced to start over again as a backup quarterback for an untried rookie. Deeply hurt by the betrayal of both his team and his ex-lover, Patton keeps to himself and takes what solace he can in football.

Cornerback DeShawn Jones has loved two things in his life -- football and Patton Cooper. It seems like his dreams have come true when he’s drafted to play for the Phoenix Wildcats, until he realizes the coach has no intention of letting him start, and his childhood hero is a withdrawn, wary man. But DeShawn refuses to give up on his dreams of playing, or his hope of reaching Patton.

A tentative connection forms between the two men, but the pressures of the game may be too much for the relationship to withstand. Especially when DeShawn is given the chance of a lifetime while Patton struggles not to relive the mistakes from his past.

The desire to speak terrified him more than the secret itself. Patton was certain he could survive the scrutiny if he came out, voluntarily or not. He had plenty of money and no particular need for people, so he wouldn’t suffer too much when he became a pariah in the world of professional football. In theory, he’d cope. But he couldn’t even begin to imagine what it would take for his mouth to cooperate with the desire to speak. And why DeShawn of all people? No matter how smart he was, and Patton believed him to be very intelligent, he had no perspective on the world. Maybe in ten years.

Not that he would care about Patton or his tragedies in ten years.

“This win has to feel good,” DeShawn said, filling Patton’s glass from the pitcher of beer. “The best one yet this season.”

“Nope. The Breakers lost today, so at least we’re even with them now. As long as we stay on target and beat them next time, last week won’t even matter for the playoff picture.”

Patton lifted his glass. “I can drink to that.”

“Cheers. You know, last week I thought I was starting to get a handle on you. We were eating, having a nice time, you even told some good stories. Now this week, you do agree to go out with me, which is big, I know, but you’re being all moody again.”

“I think there’s more to it than that.”

“When you’re old, you’ll be moody, too. Then some arrogant kid who knows everything will start getting in your face and asking questions.”

“What did you mean?”

“It was supposed to be a joke.”

DeShawn drained his beer in three swallows and slammed his glass back to the table. “But the truth came flying out.”

DeShawn refilled his glass, absently tossing some of the braids away from his face. The gesture already seemed familiar to him. So did his curiosity. He wanted to wrap his fingers in them and test the texture. He wanted to feel the beaded ends glide over his thighs -- Patton nearly choked on the thought and forced himself to look away.

“I wouldn’t be here if I thought that,” Patton added softly. “I think we’re friends.”

DeShawn smiled slowly. “I’m honored. Especially since I seem to be in a class by myself. So ... since we’re friends, will you tell me why you were staring at Chris Jensen like he killed your dog?”

Patton took a deep breath, sorting through the pieces he could reveal and the bits he needed to keep to himself. “Chris Jensen is the reason I was traded. Getting rid of me wasn’t officially part of the contract he signed, but it was a part of the negotiations.”

“That is fucked up.”

“But he’s not even the offensive coordinator yet. How could he have finagled that?”

He told them the truth about me. “It’s been a decade since I won my first championship. We didn’t even make it to the playoffs last year.”

“You would have if Cleveland had lost.”

“You never want your entire season to come down to another football team’s loss. Anyway, I’ve only got a few good years left, but Chris ... he’s young with a lot of potential. He’s got a better career ahead of him now than when he played football.”

“Why would he want you out, though? Haven’t you two been working together since your rookie year? I mean, you must have been tight.”

“I guess that explains why you’re not the most cheerful person around. I don’t think I’d be too fond of people, either, in your situation.”

“It’s not the first time this has happened to somebody.”

“Doesn’t make it any less shitty. Here, have another drink. You know what you should do?”

“Go win yourself another ring. That’d show that asshole.”

“Anything’s possible as long as you don’t give up.”

“You sound like one of those videos we make for the United Way.”

DeShawn grinned. “That’s where I stole it from, but it’s true, right? As long as you’re playing football, you’ve got a shot. That might be all you need.”

It might be. If Patton were a little younger, he would even believe it. But DeShawn believed it, and for the moment, that was enough. 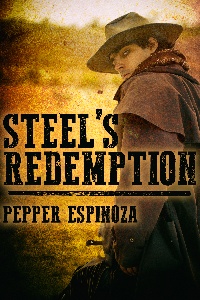 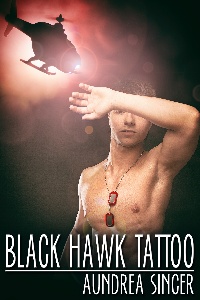 From Behind that Locked Door (MM)
Pepper Espinoza
In Shelf
$3.99
Tweets by
sirenbookstrand