Leon isn’t jealous of his best friend. Really, he isn’t. He doesn’t do relationships, so while he’s happy that Manuel has found the man of his life, he’s not planning to follow down his path.

Hugh likes his life the way it is—familiar and predictable—even though most people, including his brothers, think he’s boring.

He’s in for the shock of his life when he meets Leon. Leon is the opposite of him. He’s colorful and happy, always talking and having fun.

Hugh doesn’t know what to do with that, and after Leon tells him he doesn’t date, Hugh steps back, unsure whether or not he should tell Leon he’s his mate.

Hugh can’t keep it a secret forever, but can he ignore everything that makes him who he is and throw himself into what could be the happiest relationship of his life? And if he does, will Leon agree to take a chance, or will he run away like he’s used to doing?

Hugh had texted Sean before leaving his apartment, but his twin still wasn’t ready. Hugh glared at the apartment building he was parked in front of and honked, even though he knew it wouldn’t help. Sean would come out when he was ready, and not one second before then.

Hugh sighed and leaned back against the seat. They were going for dinner at their parents’ home, and while he was always happy to see his parents and his brothers, he could have done without it today. He loved all his brothers, of course, but he didn’t want to see how happy Curtis was with Manuel. It probably made him a bad brother, but he couldn’t change how he felt.

Hugh jumped in his seat and glared at Sean. “What do you think I’m doing? I thought it was obvious. I’m waiting for you.”

Sean hopped into the passenger seat. “It looks like you’re sleeping. Do you need to go back home? I can call Mom and tell her we’re not coming.”

Hugh snorted. “Sure you can. And can you also answer the dozens of questions she’ll have for you?”

Hugh was aware of that. He loved his mom, and he loved that she wasn’t nosy, but when something happened to one of her sons, she was right there in the thick of things. Mostly it was to help him get through it and support him, but she was a mother, after all, and she had questions.

A lot of them.

Hugh started the car and left Sean’s building behind. Sean was humming along with the radio, and Hugh wished he’d thought about turning it off. He didn’t care much about his brother singing, but Sean wasn’t the best singer in the world, and his voice made Hugh cringe a few times, especially when he tried hitting high notes.

Of course, Sean noticed. “You’re not a better singer than I am,” he said.

Boring. It was something a lot of people had told him he was, to the point that he couldn’t dismiss it. Was he really boring, though?

He supposed he was. He worked from home, so he didn’t go out a lot. He didn’t have a lot of friends. Actually, all of his friends were his brothers, which was probably a sad thing. He spent most of his days in sweatpants, and he only went out for grocery shopping. He’d thought about getting a dog, but he still hadn’t decided. Maybe it would help him leave his place, but the thought of having to walk his dog even in the rain was a bit terrifying, especially for someone who felt cold as easily as he did.

Okay. Maybe he was boring. What could he do about it, though? This was his life. There wasn’t much to change about it.

Hugh blinked and gave Sean a quick look. “What?”

“I asked you if you knew if Curtis and Manuel will be there?”

Hugh and Sean grimaced almost at the same time. “They’re supposed to be,” Hugh said. “Or at least, that’s what Mom said.”

Sean huffed. “You know, I’m happy for Curtis and Manuel, of course, but I could do without having to watch the two of them making eyes at each other.”

“They’re happy. What do you want them to do?”

“I don’t know, but not staring into each other’s eyes as if they’re alone in the world every time we’re at dinner together.”

Sean wasn’t wrong. As happy as Hugh was for his brother, he really could do without him and his mate making googly eyes over the mashed potatoes. Of course, in Hugh’s case, it was jealousy more than anything. He wanted what Curtis had, but he didn’t have it. He couldn’t have it, or at least, he didn’t think so. He was pretty sure that even if he met his mate—and mates were a hard thing to come by—his mate would leave him behind because he was so boring.

“Do you want to take bets on how many times they’re going to make out?”

Hugh rolled his eyes. “You can’t bet on your brother.”

“Why not? He and Manuel are annoying. We might as well make the most out of it and have fun.”

Hugh shook his head and focused on the road. He knew Sean wasn’t mean-spirited. He meant well, but he was just as annoyed as Hugh and probably most of them. Hugh doubted their younger brothers cared about meeting their mates, but eventually, they might. They were young, though. Laurie was only nineteen, so why would he want to meet his mate now? But Hugh and Sean were thirty-five, and Richie twenty-seven. Hugh didn’t know how Richie felt about Curtis and Manuel, but he knew what he felt, and it wasn’t good. He might be happy for his brother, but he hated feeling jealous and like Curtis had gotten something before he had. He realized it was the big brother part of him talking when he thought that, but it didn’t help.

He was both relieved and annoyed when he finally parked in front of their parents’ home. The last thing he wanted was to have dinner with Curtis and Manuel cooing over each other, but there was no way out of its. Their mom wanted them home every Sunday evening, so that was what they did.

Sean disappeared inside the house before Hugh had a chance to get out of the car. He was probably hungry, and while Hugh followed him, it was at a more sedate pace. He closed the front door behind himself and briefly closed his eyes, soaking in the familiarity of everything. The smells, the voices, everything reminded him of his childhood. 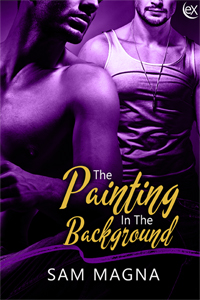 Fangs and Fur
Catherine Lievens
In Shelf
$4.99
Tweets by
sirenbookstrand