Paint a Story on Your Skin (MM)

Mike is a gallery owner who is looking to put on a show with a few local artists, and the first step is interviewing them.

Interview number one is Tommy: attractive, funny, amazing ... and far too young for Mike's forty-odd years, even if Tommy himself strongly disagrees. 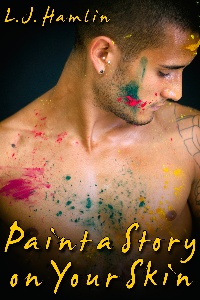 Paint a Story on Your Skin (MM)

Mike Barber walks into his small gallery, whistling tunelessly. He's in a good mood. Today he has a few local artists coming in to show him their work for one of his upcoming shows. He wants to give the young artists in his area an opportunity to show their work, and it obviously never hurts the business to connect with new artists.

He goes to his office in a back room and takes a seat behind the desk, his bad knee creaking painfully. It's an old football injury, and he's lucky arthritis has only recently set in. He's forty-six; he shattered his knee in his twenties. It doesn't always hurt, but the weather has started to turn as it moves into October, and the damp and the cold make the pain in his knee flare.

Mike's lucky, though. He has a job that means his bad knee is hardly ever an issue. He's not on his feet all day. The only time he has to stand, really, is when he puts on shows. But today, for example, he can sit in comfort as long as he likes and do the exercises he's been given to do at his desk by his physical therapist.

His first job is to open his laptop and turn it on, cracking his knuckles while he waits for it to load. A habit his mother always told him would lead to arthritis in his hands, but there he doesn't have a trace. It's been five years since she passed, but Mike still remembers her hands, which were curled with arthritis at the end, paining her with every little movement.

Once his laptop is ready, he opens his emails. He has a ton of them, a combination of things. There are work emails, more from friends, and the usual spam. He deletes the emails asking if he wants a larger penis because he has no problems in that department, thank you very much. The next to go straight into the trash are the ones about hair loss. He doesn't have that problem. He keeps his dark brown hair short out of choice, but it covers his head perfectly.

He puts off looking at his business emails by watching a video a friend sent him of a cat getting caught going through its owner's drawers.

Work can't be put off forever, though, and he starts going through the remaining emails. It's not like Mike hates his job. He loves running his own gallery, loves getting to be around art and artists all day. But some of the admin can be a little boring, much like in any job.

He's been working at the gallery since high school. He'd gotten the job through his artist father, and eventually bought it when his father wanted to sell a few years ago. He's never had a job that didn't involve art, and he likes to think he's become quite knowledgeable. Not that he has any artistic talent himself. He couldn't even draw a good stick figure if he tried.

Mike falls into the rhythm of working, and before he knows it, there's a knock on the door. His secretary Dia pops her head around the door.

"The first one's here. My son went to high school with him. Such a nice boy. Be kind to him, Mike. Don't judge a book by its cover. He's got talent and skill," Dia says, using the tone that only develops after years as the mother of five.

"When do I ever judge a book by its cover?" Mike asks. He's used to artists. Some are like the next man on the street and others are more eccentric. He doubts that'll change with this appointment.

"I know, but be nice, all right?" Dia warns. He might be her boss, but Mike has no illusions as to who is in charge.

His first appointment is with a young man called Tommy Baker, who responded to an ad Mike had put in the local paper. They've only talked via email.

Dia disappears for a second and then lets a young man into the room before leaving with a smile.

He's a little shorter than Mike, and he's six foot six. Tommy is tall, thin and covered in tattoo's and piercings. Mike can see several in each ear, as well as gauges in his earlobes, a hoop in his nose on the left and a bar in his right eyebrow. He's in a T-shirt and jeans. Mike hopes Dia took his coat, otherwise Tommy isn't dressed for the weather.

That's not what really gets Mike's attention. It's the tattoos covering Tommy's arms, fingers, hands, all the way up to where his T-shirt starts, disappearing beneath the material and reappearing on his neck in swirls of beautiful colours.

"Hello, Tommy. I'm Mike. Take a seat." Mike gestures to the seat opposite him, trying not to stare. Tommy has long hair, dyed black curls falling to his shoulders, a streak of bright, unnatural red on the left. He has piercing blue eyes, and Mike realizes he's noticing more than just casually how attractive Tommy is. He's a handsome young man.

Not at all Mike's usual type, and far too young, even if he did turn out to be gay.

"You brought your portfolio with you?" Mike asks, pointing to the large black folder Tommy has with him.

"Yes. You said in your email to bring some examples of my work, so I did." Tommy bites his lip, and he's fidgeting slightly in his seat.

"Yeah. I've never done anything like this before. Tried to show my work outside of stuff related to art school," Tommy admits.

"Well, try and relax. I'm not that scary." Mike smiles.

"Thank you." Tommy smiles back, and again Mike is struck by how sweet his smile is. It lights up his whole face, showing off sharp cheekbones. He's stunning, could probably be a model. It makes Mike hyperaware of himself, of the gray in the scruff on his face he didn't bother to shave. 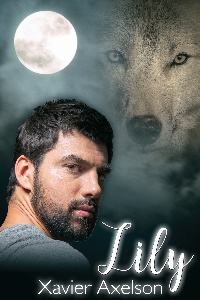 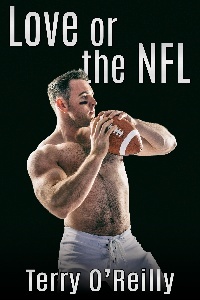 Vying for his Affection
Charlie Richards
In Shelf
$4.99
Tweets by
sirenbookstrand