Guilt tugged at her. She really shouldn’t have. I mean, he was just trying to make sure I was okay. That wasn’t something Anna was used to. Although she and her dad were close, she was used to taking care of herself.

That night she didn’t sleep very well. She knew it was silly to be so focused on this random guy, but for some reason she couldn’t stop thinking about him—even after she closed her eyes. Which meant when she woke up she wasn’t half as well rested as she wanted to be, and by 7:00, when she was heading out the door, she already wanted to go to sleep. Her hair teased and a pair of jean cut offs on, she felt like she should be walking toward an old pickup truck. She knew part of the music world had to do with the looks, hence the cowboy hat that she held in her hand as she slipped into the car. All right, gotta get there before the opening act gets on. She’d need all the time she could get to network with everyone.

She gunned the engine and pulled out of the driveway.

The more she was out there the more likely it would be for someone to take a liking to her. Anna quickly realized that the way to build a fan base was to be out there getting to know everyone, and that’s what she did. She knew there weren’t many other options if she wanted to succeed in this line of work.

Most people thought musicians just posted songs on YouTube or something, but that had never worked for Anna—she’d tried it. So she did it the old fashioned way.

She pulled up to the bar with a deep breath. It looked like Jesse was here, but there was no sign of the other cars—except for James’s, but he was always here. He did own the bar, after all.

Anna stepped out of the car and grabbed her cowboy hat. She placed it over her head and padded to the back door for the band to enter.

“Anna!” James exclaimed. He padded to the bar, already getting her a drink. Anna grinned as she followed him, her heels clinking softly against the wood floor.

“I wondered if you’d be here.”

His voice sounded like silk, but it made her heart skip a beat. She spun to face him, her mouth hanging open.

“I—what are you doing here?”

“I came to see you, obviously.”

She raised an eyebrow, trying to keep cool.

“I figured it would be a safe bet to check the same bar again. I mean, you are on the event card, aren’t you?”

Her eyes widened. Of course flyers were all over the place promoting their show tonight, but she hadn’t expected him to actually notice that. She took a deep breath and smirked.

“Funny, I thought you were on an event card tonight, too.”

He laughed. “I am. I just told my friends I might be a little late. Of course, I’ll still get there before I have to be on stage. I wouldn’t make my fans wait.”

“That’s kind of you.” Anna looked him over for a fraction of a second, then held her hand out to him. “Anna.”

They shook hands as his eyes roamed over her body.

“I guess you knew that though, didn’t you?”

“Nope. I had no clue what your name was.” And she hadn’t. She wasn’t a fan of the kind of music he played, at least she was guessing she wasn’t considering she’d never heard one of his songs before. As far as you know, she thought.

“Nope. I saw a poster for you yesterday, that’s the only reason I recognized you.”

He let out a soft laugh. “Well, I’ll be damned.” His smile widened as James brought Anna’s drink over.

“Thanks.” She gave him a quick smile.

“Bell.” Despite the fact he used his nickname for her, Jesse didn’t sound happy. Anna’s body tensed as she turned to him. “I’ve got some bad news.”

Her eyes widened as she saw the look on his face. “What is it?”

“He’s sick. He’s been puking all day. We didn’t want to say anything until we were sure he wouldn’t be able to make it, but he just went and doped himself up on cold medication.”

Anna groaned. What were they going to do? “Great,” she muttered. They’d have to cancel it. There was no other option for them. Anna ran her fingers through her hair. I’ve got to find someone who can replace him. Maybe someone I know…. No, she’d know if there was someone. Anyways, they’d have to learn all the songs for the set list.

Anna blew out a deep breath. She could feel the stress inching to every part of her body, her muscles tensing.

She’d totally forgotten that Adam was there. She took a deep breath, trying not to sound too disappointed. “He’s our bassist. And if he’s sick then there is no way we can play tonight.”

Jesse stared at him with wide eyes. “You do? Well, could you—”

“What time are you playing?”

“Nine,” Jesse answered before Anna could.

Adam bit his lip, a movement that sent a shiver down Anna’s spine.

“I’d need a ride right to the venue, but I could probably do it.”

Anna pulled away, standing up. She slipped out of her shorts, letting them slide down past her shoes.

Adam dropped down onto his knees on the carpet and closed the distance between them. His lips touched her uppermost thigh softly. Anna’s eyes rolled back as her fingers tangled into his hair.

His hot breath teased her, arousal rushing through her body.

“Last night there was no teasing. No foreplay. No build up.” They hadn’t needed it. Adam looked up at her. “I’m going to change that this time.”

His teeth grazed her thigh softly. Anna moaned. His hot breath against her pussy as his fingers grabbed the hem of her panties and slid them down to her ankles, he spread her legs, his tongue slipping between her lips.

Anna’s head tilted back, her eyes closing as she let out a soft moan. Adam’s tongue slipped into her, exploring every inch he could touch. He slipped out of her and back in, faster and faster.

Anna moaned, her fingers tightening in his hair as pleasure pooled in the pit of her stomach. Wanting more. No, needing more.

Adam’s tongue slipped in and out of her. Back out, working over her clit gently as his fingers pressed into her thighs.

“I want you inside me,” she whispered.

Adam pulled away, a wide grin on his face.

“Take your top off.”

Anna did as she was told. Removing her top, she let it fall to the ground and slipped out of her bra.

Adam took everything in, a wide grin over his face. She slipped her panties down her feet and tossed them aside.

“Now get on your hands and knees.”

Anna did as she was told. She wasn’t much for being bossed around, but there was one place she didn’t mind it—and she definitely didn’t mind Adam of all people doing it.

Adam stood, circling around her as he pulled his shirt over his head. She took it all in. His abs, his muscular arms, the tattoos. She tried to memorize every inch of him for when they had to leave each other.

He unbuckled his belt and slowly undid his black jeans. Not that it mattered, they were so tight against him she could see his boner.

Anna took a deep breath, wanting to see more. He slid his pants down his legs, his hard cock springing forward.

Without a word of warning, she closed the distance between herself and Adam’s cock. Her lips circled over him, taking him as deep as she could. Adam’s eyes rolled back as his fingers pressed into her neck softly. His hips pumped toward her, shoving his cock deeper.

Anna moaned, mouthing his cock as her eyes locked on him.

His fingers tangled into her hair. Anna moaned louder as his hips pumped back and forth. Her tongue worked over every inch of his cock she could reach, her moans growing louder. Adam pulled away from her, his eyes clouded with lust as he circled around her. Anna felt him grab her thighs, spreading her legs apart. The rough carpet against her knees sent a ripple of both pleasure and pain through her body.

Adam’s hands traced over the curves of Anna’s lower back, down to her ass. “I had no idea you liked it rough.”

His cock pressed against her lips, teasing her.

Anna took a deep breath, her heart racing as she waited to feel him inside her. It didn’t come.

Anna moaned, her back arching as she felt his hand come down against her ass.

Adam’s cock filled her in one swift movement. Anna moaned, her hips arching toward Adam as he grabbed her, pulling her close to him.

Fast and hard, just like she’d asked for. Anna’s nails dug into the carpet.

“Not too hard?” he asked, concern clear in his voice.

“Oh, god, no,” Anna moaned, reaching between her legs with one hand.

“Good girl, play with yourself.”

His words sent a shiver of heat through her body as she did what she was told. Her finger massaging her clit fast. Keeping time with him.

His warm hands roamed over her body. He lowered himself to hiss the nape of her neck. Anna sucked in a deep breath, pleasure surging through her body.

He obliged. His lips tracing over the back of her neck softly, almost teasing her.

His lips pulled away from her. His hand resting on her lower back, she could feel the carpet digging into her knees. 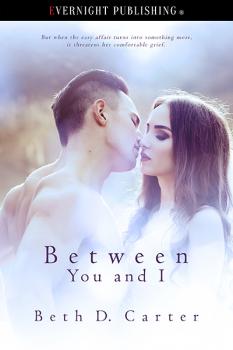