Sometimes, we get second chances -- at love, to make things right, to say good-bye the way it should have been said. Darian promised his dying husband Randy he would go through with the plan to teach summer school in Bath, England. Randy insisted; it was always Darian’s dream to live in England, go, do it. But once there, in Tintagel, on a street in Coverack, a small Cornish seaside village, Darian sees Randy. Grief can make us see things, right?

So Darian tells himself, until the man whom he buried, whose ashes he carried with him to England, sits down beside him on a bench in front of Bath Abbey, with screaming seagulls nearby. It seems the dead can come back. But why and how? Has Randy come to take Darian with him? Or is something else going?

So, this is grief. As I write this I realize that smiling and nodding and pretending to be present is what I have been doing since Randy died --

Darian slammed his journal shut, grabbed his wallet, and ran out of the flat. He had to get groceries after being gone all weekend in Cornwall; he would go to Sainsbury’s, the 7-Eleven-sized one. He needed some fruit. But more than that, he needed to move after all the hours on the bus. And, Darian thought, as he walked down North Parade, he needed to tell himself, over and over, that seeing Randy was just grief, plain, raw, old grief.

Randy was waiting for him when he walked out into the early twilight, burnt orange Sainsbury bag in hand. Darian froze a few feet outside the front door: so, this is what it is like to go crazy with grief and know it. A woman, a man with a little boy in tow, murmuring excuse me, sorry, excuse me, went around them -- him -- wait, do you see him, do you?

But they couldn’t. Randy wasn’t there.

Randy-who-wasn’t-there took a step back, then another, and gestured with his hand, waving Darian closer.

Lady with a Westie, hey, tall white-haired man, do you see him?

Seagulls turned, banked, drifted overhead, shrieked. Darian closed his eyes and opened them again, slowly. Randy was still there, smiling at him.

Darian turned and quickly walked away. Up the street, not stopping until he was in the big square in front of the Abbey, at the same bench where he had broken down just a few days ago, met the kind Norwegians. He just sat there, clutching his Sainsbury bag, watching the pigeons, the circling seagulls.

Someone sat down beside him on the bench. He kept staring at the pigeons. One was black; he’d never seen black pigeons before. Someone touched his shoulder in the same place where Randy did.

So, I am crazy and I know I am crazy. I didn’t know it worked that way. I can feel his hand.

The man whose ashes were in a gray tin canister in his suitcase was touching and speaking to him in front of Bath Abbey. Randy got to his feet and pulled Darian to him, to the body Darian remembered before the cancer.

“What are we doing? Have you come to take me away?” Darian whispered. Part of him so wished that was true. When he had come back to the hospital room and found the nurses disconnecting machines, he had to swallow what he wanted to cry out, take me with you ... 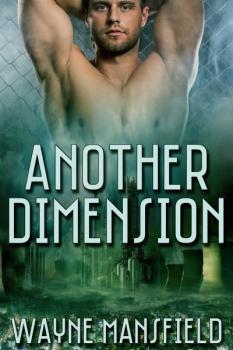 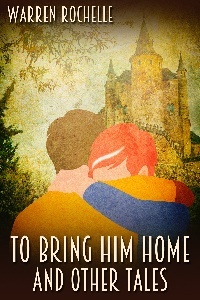 To Bring Him Home and Other Tales (MM)
Warren Rochelle
In Shelf
$5.99
Tweets by
sirenbookstrand