At thirty-six, Ian feels done with the world. When a night at a bar goes as poorly as expected, he wants only to return home to be miserable in peace. Instead, he encounters Jordan. Hot, young, and interested, Jordan is everything Ian's ever wanted and nothing he believes himself capable of actually obtaining.

But fate throws them together again and again, and Ian finds himself determined to do whatever it takes to give their story a happy ending -- no matter what secrets Jordan's past has waiting for him.

Ian closed his eyes and shook his head. "A-a-and you think I'm insane. And some kind of crazy stalker and I don't blame you one bit." Then as if it belonged in the conversation, Ian added, "And can you really do nothing to make him stop?"

"You're the one who knocked on the goddamn door," Jordan hissed. He snapped his head back and hollered over his shoulder, "Cole! Quit it! For God's sake, someone's going to call the cops. Is that what you want?"

The fallout from the shout back was worse than the initial response to the door. Ian winced and Jordan leaned against the door, forehead furrowed dramatically. "No. At this moment in time, it appears there is nothing I can do to make him stop."

Ian didn't have time to get the rest of the question out before a door slammed open and a "Shut that kid up!" was screamed down the hallway.

Ian stepped quickly in front of Jordan's advance, halting the young man inside his apartment. "We'll try harder," Ian continued. "The child has a condition --"

"Yeah, a condition all right," the neighbor scoffed. "My daddy used to call it being a spoiled punk."

Ian pounced before Jordan could carry out his sudden burst of rage, stepping forcefully into the apartment, shoving the cans of juice towards Jordan and kicking the door closed behind him.

"Get out of my way," Jordan growled.

"For what? To have a confrontation in the hallway? How's that going to help the situation?" Ian shook the juice. "Now take these or I'm dropping them." He sucked back a breath, mentally crossed his fingers and toes, and reacted as soon as Jordan's hands were full and his were free. He stepped through the tiny entrance, into the living room, and towards the red-faced child.

Ian walked quickly towards Cole and scooped him up backwards; back to front, arms wrapped around Cole's waist and holding his own elbows. "Where's your washroom?"

Cole began to claw at his forearms. He heard Jordan rush him. And he set his jaw and turned to ask the question again. When he got no other response than a fist lifting and a look of outright rage, he began to back towards the only other feasible direction that would lead him towards the apartment's facilities.

When Jordan swung the first time, Ian yanked Cole out of the way. But when Jordan began to lift his fist for a second one, Ian caught his eye. "If you're trying to hit your son, or if you happen not to give a fuck that you do, then keep it up."

There were only three doors and two were open. Ian searched out the requisite porcelain furniture, pushed himself through the entrance, and kicked the door, wedging his foot against it sideways before Jordan could follow him through. He lowered Cole, screaming and rigid, to the bathroom floor. "Do you pay for water?" Ian shouted.

"Let me in!" Jordan demanded, fists raining on plywood.

"Answer me! Do you pay for water?"

Jordan replied with a string of expletives and Ian rolled his eyes. He shot a quick glance at the sink, cursed under his breath at the design of it, and turned the taps on in the tub to full. The sound of rushing water filled the tiny room.

Cole hitched a breath, mid-shriek, and paused for a second before resuming his demonic call. Ian forced him over to the tub, a square grungy hulk of an appliance, and shoved Cole's ear against the side of the tub with more force than he'd have liked. But the moment Cole's ear was pressed to the side of the tub, Cole stilled and silenced. A palm snaked up the slick surface of the bathtub and rested alongside Cole's flushed cheek. His eyes drifted into unknown territory as he listened to the echo of water through metal.

With a long sigh, Ian shifted his foot to let Jordan in.

The anger was gone when Jordan stumbled through the suddenly loose door. Enragement had dissolved to barely-contained tears of panic. "What did you --?"

The question didn't get completed as Jordan dropped to his knees in quiet surprise. Jordan reached for Cole's hair, stopping just before he made contact. "Cole? Buddy? You okay? Why are you so quiet?"

Jordan's head snapped towards Ian. He frowned. "How?" 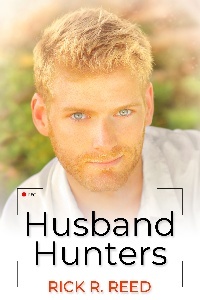