Eddie is on the run after one too many 'accidents' that could have proven deadly. He has no idea who is causing them, or why, or how his adversary finds him again and again. After two years, he ends up in Denver, and decides that with yet another new identity, it might be safe to settle down, so he rents an apartment.

That leads to his meeting Jules -- who owns a gay club and lives down the hall -- as well as his friends. He soon finds out that Jules is not choosy about who he has sex with, but that he also cares about his friends. When Eddie opens up to him about being on the run, and why, Jules wants to help him. At the same time they start what Eddie is certain will be a casual sexual relationship, at least as far as Jules is concerned.

Between them, will they be able to learn who is after Eddie, with the help of Jules' friends, and stop him? As they try, Eddie must also deal with his growing interest in Jules, who, he is certain, will never be willing to settle for having only one man in his life.

"It must be nice to have such good friends." Eddie sighed wistfully.

"You don't, or didn't where you used to live?" Jules asked with some surprise.

"No, at least not recently. I move around too much these days. Acquaintances, sure, but I wouldn't classify them as more than that."

Jules shot him an inquisitive look before suggesting they continue their conversation in his office.

They went up to the second floor. A hallway ran the length of the house with several doors on each side. At one end was another flight of stairs which took them up to what Eddie had properly surmised had once been a small attic.

It contained Jules' office and after Eddie took a seat on the sofa, Jules sat at the other end, studying Eddie. "My first question I suppose, since it's why you came with me tonight, is what sort of job would you prefer if you had your choice?" He pointed a finger at Eddie. "Be honest."

Eddie debated whether he should be, and decided he had nothing to lose. What's the worst that could happen? He laughs and tells me to get real?

"I need something that pays at least minimum wage, and most importantly does it under the table."

"I see." Jules tapped his fingers together thoughtfully. "All right, given that, and the fact you said you've been on the move, I surmise you're on the run. From the law, or a disenchanted ex, or some crook because you broke from his gang or saw something he wishes you hadn't?"

Eddie blew out a breath. "I wish I knew. Whoever it is has tried to kill me, several times. Not by shooting or trying to stab me or cut my throat, or anything else so direct. Everything he's tried, I'm presuming it's a man though I can't say for sure, anyway, everything he's tried was supposed to look like an accidental death." He didn't know why he trusted Jules enough to tell him, but he did, elaborating on everything that had happened.

"Damnation," Jules exclaimed a while later when Eddie had finished. "It's a wonder you're still around to talk about it."

"No shit! Dumb luck, I suppose, and the fact that for whatever reasons my adversary or harasser, as I think of him, doesn't want it to look like a murder. Perhaps he's afraid the police would figure out he did it; perhaps he doesn't want the 'publicity' my death could cause, hell, who knows. Not me for sure."

"All right, that makes some sort of sense. I presume at this point you are not 'you' anymore."

"Nope. I'm on my third or fourth incarnation, hell, I've lost count. Fourth, I think, with the ID to prove it this time."

"So you could use that to get a job."

"I'd rather not. If it were me looking for me, one of the first things I'd check would be tax records since I'd know what sort of work I usually did. You should know an employer has to file W4s and what have you when they hire someone."

"Too true, and W2s for income tax purposes at the end of the year. Thankfully I have an accountant to handle those. But that's neither here nor there. If you are essentially living off the grid, although not totally since you do rent somewhere to live, like the apartment you've got now, how is he finding you?"

"I don't know. So far, until I came here, I've always lived in places that don't require a credit card for payment or the number to keep on file in case I decide to run out on the rent."

"Then why change that now?"

Eddie shrugged. "New ID, for starters, which made me feel it would be safe. Besides, I'm tired of living in dumps, which most of them were other than the house in the mountains I told you about. I'd still be there if ..." He shook his head. "Anyway, I want to feel like part of the human race for as long as I can, before the bastard finds me again."

Jules moved over to put an arm around Eddie. "I wouldn't wish your life on anyone."

"Me, neither," Eddie replied dryly, liking his concern as well as the physical contact.

"If there were any way I could help, I would," Jules murmured, rubbing Eddie's thigh as if to emphasize his words.

"You already have. You've let me get it all out, which I haven't until now." He put his hand over Jules' to stop what he was doing. It was too sensual, whether Jules realized it or not, although Eddie had the distinct feeling he knew exactly what he was doing.

"Sharing a problem halves it, or so they say." Jules smiled, easing his hand from under Eddie's, which would have been fine if he hadn't moved it higher, sliding his fingers between Eddie's legs, stroking slowly.

Eddie sucked in a breath, trying to control his natural reaction to what was happening. "Are you trying ...?" He couldn't finish his question, uncertain how he would react no matter what Jules replied.

"To give you something else to think about? You bet." Jules moved his hand again, this time to cover Eddie's growing erection. "Is it working?"

"You have to ask?" Eddie looked at Jules crotch and saw he wasn't the only one affected by Jules' actions. "If we were anywhere but here I think I'd take you up on what you're offering." 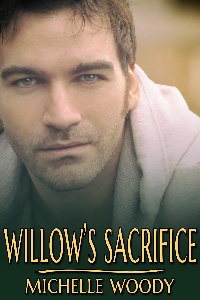 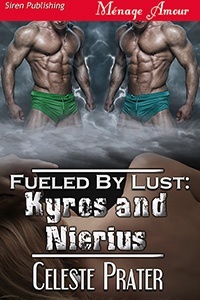