Genie in a Vodka Bottle (MM)

Mysterious forces are at play when Paul’s vacation to Spain unexpectedly detours to Gibraltar and then Morocco, to a vodka bottle in a hole in the wall bar, to a handsome genie with a slew of secrets, plus almost limitless powers, virtually no memory, and a keen desire to be freed from his curse. Along the way, Paul is reunited with his ex-lover and the genie’s previous master as fate draws them ever deeper into a murky, dangerous past.

On our heroes travel, from the frigid north of Russia to a magic carpet ride across China, ultimately finding themselves in the deserts of ancient Jordan. Here, they encounter another of the genie’s previous masters and a power far greater than they could’ve ever imagined, all within a massive temple carved into a mountainside. Can our intrepid foursome uncover the truth before the curse takes them all and possibly the entire world down? Will love win out in the end? Or is the genie forever doomed to a life foretold in fairy tales?

In this funny, frisky, and frequently heart-pounding adventure, only one thing is for certain: magic can happen even without three wishes.

Genie in a Vodka Bottle (MM)

The bottle was still in my hand. I reached for the cork. I gave it a pull. It didn’t budge. I pulled again, harder this time. Nope, nothing. That cork must’ve been in there a long, long time, I figured. I stood up, placed the bottle between my knees, wiped the sweat from my palms, and grabbed on tightly to the cork. Then, seeing as where I was, grunted, “Open sesame,” and gave one final, massive yank.

I mean sure, the bottle was open, but, um, well, time was suddenly standing still. Like totally still. Nothing was moving, not the fans, the waitress, not Omar, who was pouring a drink that was suspended in midair. Though me, yeah, me I was moving. Or least my heart was. Super-fast, in fact. Energizer Bunny fast.

Because now the vodka bottle was pouring, only, it wasn’t pouring vodka. And the pouring wasn’t obeying the laws of gravity because what was being poured went out and up as opposed down and down some more. Plus, the vodka bottle should have been pouring liquid but appeared to be pouring gas, a massive white cloud of it tinged with swirls of various shades of blue and, if I wasn’t mistaken, which I wasn’t, lightning. I mean, I knew lightning when I saw it, it’s just I’d never seen it being poured from a vodka bottle before.

The cloud spread, the blue becoming purple, then red, then all the colors of the rainbow at once. It looked like what you saw in an oil slick, greasy and blending and bleeding. And then the room I was in was all cloud, and it was just me in the cloud, me and the vodka bottle and the cloud of smoke and lightning and rainbow. The hairs on my neck stood on end as I tried to take it all in, but how do you take in a cloud, especially when it’s all around you, choking you, engulfing you completely as if it were a living, breathing thing? And you could feel it, too. The power of it.

“Oh fuck,” went I for the third time. Because now I was not alone in the cloud, and the eyes that had been staring back at me from the label on the bottle were no longer on the bottle and were no longer the same eyes. And the face on the bottle had a body, a different body, a new body, and the body was big, and the body was torso on top and cloudy solidness down below, and the face was above mine, and the eyes were staring down upon me, boring through me, piercing what felt like my very soul. Or maybe that was me being a bit overdramatic, but how can you not be overdramatic at a time such as that?

“Master,” boomed the voice that erupted forth from the mouth in the face, the cloud all at once swept from the still-stagnant room. The half torso, half solid cloud still floated above me, still churning in color and lightning and a slight tremble of thunder that reminded me of our drive through Spain, me and Omar number two.

“Paul,” I managed to squeak out.

The face tilted ever so slightly. “Paul? What is a Paul? I do not know this word.” The voice again boomed, rattled my bones, shook the fillings in my mouth. The voice was deep as the ocean, heavy as a boulder, pressing down upon me with each vowel and syllable that was uttered.

The cloud-man craned down, the eyes barely a foot away. “Paul,” came the voice in a whoosh that washed over me like a tidal wave, the exhale smelling of spices and earth and incense. If you bottled it, it’d sell well. I had a bottle in hand, but, like the room around me, I was sort of also frozen to the spot, and so bottling, at least for the time being, seemed out of the question. “You have freed me, Master Paul.”

I blinked. He did not. He had eyes the color of fresh moss, skin the color of The Rock back in Gibraltar, perhaps a shade darker. He was shirtless, dense with smooth muscle from chest to arms to hands to fingers. And despite the obvious power of him, he looked young, my age, give or take. And as for the cloud below him, it swirled like a cyclone, shooting off sparks as he hovered there. He was beautiful. He was fearsome. I needed to pee. Badly. 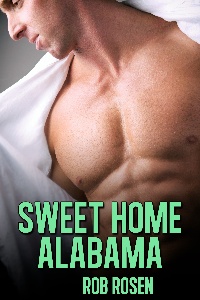