After an automobile accident renders Trevor Wainwright temporarily immobile with a broken leg, his sister comes to stay with him for the next few weeks of autumn.

On Halloween night, while Trevor is working in his office, he is surprised by a visit from his very recent ex-lover, Jonah Baker. Back in September, Jonah broke things off between them. Now he arrives with a pumpkin scone as a treat not a trick for Trevor and Trevor can’t help but wonder what Jonah really wants.

He expected to hear another cry of young voices declaring, “Trick or Treat.” But instead, he heard a deep rumbling voice declare it with some thread of amusement.

It sent an immediate shiver up Trevor’s spine. And he couldn’t imagine in a million years why he was hearing that voice. He hadn’t expected to ever again.

“What the hell are you doing here?” Constance demanded in an angry voice.

Trevor knew that meant he wasn’t wrong about the owner of that voice.

Jonah was at his door. To huff and puff and blow his house down? He couldn’t imagine why.

Which wasn’t exactly untrue. Trevor didn’t really. He had been in love with Jonah, probably still was, and his leaving had hurt. A lot.

But Trevor was an adult and there had to be a legitimate reason Jonah was here.

With a sigh, he called out to his sister, “Let him in, Constance. I’ll see him.”

And suddenly Jonah Baker was coming through the doorway of Trevor’s office, Constance right on his heels. She wore a sour expression, in contrast to his easygoing, pleasant one.

Using his police title along with the question had been designed to put Jonah off kilter and he could see by the slight doubt in Jonah’s eyes that he had exceeded to some extent. Trevor was unaware of any case he was working on, he didn’t get to know that anymore, and he couldn’t imagine he had information on any murder investigation.

“No, of course not. Personal.” Jonah glanced at Constance. “Think you can call off the watchdog?”

Constance’s glare would have given Medusa a run for her money. “I’m not going anywhere, Baker.” 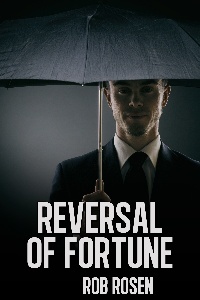