Can a dark virgin beauty condemned to die break preconceived notions in order to give a guardian angel an incubus’s kiss?

Cassiel is High Guardian Keeper of the Aequitas Dominion prison. To him, the orders and laws are finite. But when he sees the newest prisoner, he begins to question his eternal mission.

4.5 CHERRIES: "Would a chance for love be worth your wings? What happens when good and evil collide? A whole lot of gray area. Things aren’t always black and white, as Cassiel, High Guardian Keeper of Aequitas Dominion Prison discovers. Cassiel prides himself on being firm but fair. He doesn’t abide torture of the prisoners, or insubordination by lower angels. What he doesn’t expect is the sexual energy emanating from his latest inmate to affect him so much. The dark beauty hanging within the cell causes his body to react in ways it shouldn’t, and his mind to entertain thoughts that could land him in a cell of his own. While he’s permitted to satisfy his physical needs with a fellow angel, emotions are forbidden. But Cassiel wants more than bodily satisfaction; he wants Keiranna in every way imaginable. Hunted since birth, Keiranna has made it a point to avoid angels at all costs. Seems unfair to find complete satisfaction means giving herself to one who seems Hell bent on making her a prisoner for eternity. Poked, prodded, and whipped without mercy by one guard after another, she doesn’t expect much else from the High Guardian. She certainly doesn’t expect him to care about her innocence, and is even more shocked about his proposed “assessment.” Unholy Angel was an interesting read. Once I got my bearings, the story quickly grew enthralling. The author’s depiction of angels, demons, and their duties was a refreshing twist from the norm. Even in a realm where beings are supposed to be 'pure', you find corruption and lies. I thoroughly enjoyed the author's creativity and praise her on a wonderful tale. Unholy Angel is a wonderful depiction of how love can cross the line between enemies." -- Verbana, Whipped Cream Reviews

“Something…Something is wrong.” She looked around and wondered if she should pull them both out of the netherworld and cancel their deal.

“This! You—you shouldn’t be talking to me, at least not by your own actions. This is my world, my dreamscape, where I bring my chosen for seduction. They are under my control.” She waved her hands at him, stepping back a few more steps. “But you…No, this isn’t right. Something is wrong.”

Cassiel sighed and stepped toward her. He reached out to grip her forearms, yanked her close, and placed his lips on her. He silenced all her worries with that kiss, and she sank deep into the pleasure he gave her.

When his hands moved around her, gathering her close to his body, she wrapped her arms around his neck, enjoying the minimal height difference between them. Neither one of them had to stretch uncomfortably to reach the other. Her fingers dove through his thick hair.

A low moan left her with the kiss, and she floated them over to the awaiting bed. When they echoed the position of their physical bodies, she tilted her hips and brushed up against him, arousing the both of them with the simple movements. Her hands trailed over his hair, face, and neck while her lips stayed with his.

Sensual movements of arms, legs, hands, fingers, and lips met and danced over their bodies. Heightening spats of desire and lust flared and ricocheted between them. Her long torso leaned back to give him ease of access to her breasts. They were taut and ached for his touch. Her nipples were tight points, almost painful to the touch they were so sensitive. She moaned and held his head close to her when his mouth nuzzled and then covered her taut nubs. His tongue and teeth nipped and flicked the sensitive areolas. She ground her hips down against his erection. His cock nestled between the warm folds of her lower lips. Her moisture flooded the opening and his cock.

Cassiel turned his head, nuzzled his bristled cheek against her nipple, and elicited another long moan from her at the different sensation. He then captured it once again in his mouth and sucked hard on her breast before nipping up her neck.

While he played with her breasts, Keiranna dropped a hand and wrapped it firm around his cock, so aroused it curled up and toward him. She stroked him with long, smooth pulls while her fingers learned his length, the thick veins that pulsed with blood. She drew her thumb around the crown of the smooth, plum-shaped head.

His big body shuddered at her touch. Such a strong angel could be under her control with this simple act.

When the pad of her thumb moved over the head, she let the bare tip of her nail run up and down the slit. His breath caught on a harsh moan, and drops of moisture leaked from him. She used the natural lubricant to add to her hand job. Her fingers became stronger and surer with each long stroke on his penis. While she listened to his breathing become hoarse and ragged with each stroke and pull, Keiranna lifted up on her toes and pressed her lips to his.

“I need you inside me. Now,” she growled. She kept hold of his cock with one hand while her other hand pushed his chest and forced him to sit on the bed. With a wicked grin curling her fingers, she straddled him, her legs wrapped around and her heels rested against his ass. A tilt of her hips and the warm, wet lips of her pussy brushed against his cock while her fingers played with the sensitive crown.

“I want to sink deep into you until I don’t know where I end and you begin,” he said in a harsh tone.

His hands cupped and held her heavy breasts. His thumbs flicked the taut nipples before they wrapped around to her ass and clenched the full cheeks.

Safe in this netherworld, Keiranna lifted her hips, used a hand to hold his firm cock in place, and then sank down. She impaled herself on his length, her head tilted back as her body filled with intense pleasure, craving the reality of this act.

She cried out with pleasure at the length and thickness of him while it stretched and filled her. This was only a dream within their minds—their physical bodies were still separate—but oh, this felt so real to her. She lifted her hips, sank again, and brought him deeper inside her.

“Keira…” he whispered and captured her lips. His tongue echoed the movements of their bodies.

Before she could move again, he grabbed her ass and rolled them. He shoved his elbows under her knees and held her legs up and out. Lifting himself up, Cassiel then thrust his hips hard and fast while he drove deep inside her, pounding their flesh together. He leaned just right so the base of his cock brushed against her taut clit while the flare of his tip brushed against the sweet spot inside her.

“Damn, you are tight and wet,” he murmured, capturing her lips and kissing her. He broke off with a harsh breath and continued to piston her.

Cries and calls of all kinds left her while he moved inside her folds, causing flames of friction to build inside her body until she caught fire. 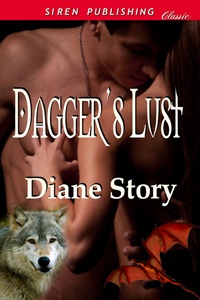