Dan Tolliver, the adopted son of Alpha pack leader Jeremiah Tolliver, has suffered his last moment of abuse by his lover Keith Mulligan and finds himself in the hospital. There he meets dark and sharp-tongued Dr. Aiden Kavanaugh, who believes Dan needs some of his straightforward kind of medicine. Still, there is something different about the doctor.

Aiden is a sandman, a weaver of dreams, and has been on Earth far longer than even he knows. He's at the end of his time, ready to transition, and needs a human mate to keep him connected to the world he's grown to love. Only he hasn't found a special person who makes him want to stay. He doesn't despair, because not every Sandman has the chance to choose, but he knows if he doesn't find a partner, he will soon lose his physical form and exist only in dreams.

When Aiden realizes Keith is a far greater monster than Dan has any idea, they grow and work together using the support of the pack―and Dan's inner strength―to overcome impossible odds.

Heat Rating: Steamy
Word Count: 75,731
2 Ratings (5.0)
Fantasy Paranormal Alternative (M/M, Gay)
In Bookshelf
In Cart
In Wish List
Available formats
ePub
Mobi
PDF
Cover Art by Martine Jardin
Reviews
When I first started reading this book, I thought I knew what was going to happen and when, adding a sprinkling of hot sex scenes, and wrap it up into a nice neat package.

This book fooled me, and I loved ever second of it! Very well done Deja Black! Bravo!

Dan sat in the hospital waiting room, barely breathing. His ability to take in air hadn’t improved, and as pain ricocheted through every bone in his body, he wished he had stayed passed out on the floor. Who knew what Keith would do when he couldn’t find him? Keith’s face mottled with anger. Dan could picture it, could picture him bearing down on him. He wouldn’t care about Dan’s reasons for staying, that Dan was broken. Keith would expect him home before morning, no matter how much damage he left behind. He had been late before. Once. Once was all it took for him to try his hardest never to be late again.

When he finally did make it home from Baptist East Hospital, Dan was sure he would find himself facing more than fists bent on causing pain and piercing kicks from the gold-tipped Ferrini boots Keith liked to parade around in. His phone hadn’t rung with Keith’s smiling face on the screen, the face that used to make Dan warm inside, make him feel safe. Honey-golden skin with a glowing white smile. Now that Cheshire cat grimace made him tremble, caused his spirit to quake with the rumbles before the storm while he anticipated facing the hidden devil incarnate.

He didn’t know what to do, and he had to admit after this last beating, he was terrified of what could come next. Would he even have a warning, or would Keith just kill him?

Sighing, he leaned his head back gently against the wall and waited his turn.

The cold wriggled up and down his spine, his shivers almost rattling his teeth. He had been there for over an hour, just waiting. When he had entered, the same security guards were at their station. One looked up at him, a wavering smile of both recognition and pity on his face. Why not? It wasn’t his first time there. They had to have guessed something was up, right? Dan turned, still favoring the side where Keith’s boot had hit the hardest. The slivers of pain tic-tac-toed along his ribs and skated up and down his torso. A scale of 1-10? 11. He sighed, releasing the load of despondency that rested on his spirit, worn and defeated.

“Dan, you okay? Honey?” Shelly asked quietly when she returned from outside. She hadn’t been gone long, and though her tawny-colored eyes were warm when they found his, she certainly seemed nervous. Shelly behaving suspiciously? It was alarming, and Dan had to wonder. She blew her bangs out of her face with a scented puff from cherry-glossed lips that curved gently as she looked at Dan. Shelly’s smile could light up a room, the shine brilliant, the silver lining to his storm. Whenever she graced him with one of her stunners, he thought he might just be okay if only for a little while. It would always be that smile of hers he’d use to comfort himself. He would see it when he had to go back home and scrub his blood from the walls. He would think of that smile when he faced an angry Keith, who would barrage him with questions and accusations, not even considering that all of this? Keith was the one who did this, not him. Nothing he had ever said, ever did, could justify being treated like this. But what else was there?

The damned seat was so uncomfortable no matter how Dan turned. Glancing around, he wondered how many people had heard his explanation for being here, how many knew that it was full of crap, that he was back in here again because he couldn’t figure out how to stop being Keith’s little punching bag.

Doors flung open, and a family rushed in with a little bundle that looked like nothing more than a handmade quilt cradling a tiny form. The bundle barely moved, which only seemed to scare the hell out of the parents. A blind man could see that. The father was frantic; the mother was quiet—scary quiet. Her face was streaked with tears, her silent screams loud for any who took the time to listen.

Dan watched as a phalanx of nurses and doctors rushed to get to the baby, quickly dividing the parents from infant and securing the tiny bundle. A blue blanket. Had to be a boy, right? They raced through the double doors, questions and answers volleyed back and forth. Last fed? Last eaten? Possible cold? Flu? Virus? Temperature?

All eyes turned to watch the moment of chaos pass before the room fell silent once again. Yeah, Dan’s life was pretty fucked up, but he was a grown up. That little guy didn’t ask for whatever was happening to him. Maybe Dan had.

“Dan, baby. Look, I can only be your sweet girl for so long before I want to know what the fuck happened to you,” Shelly spoke, pacing her words, clipped tone holding back the rush of feelings that slammed against the dam.

The anger, the bitter unhappiness saturated the quiet. Shelly’s tone was brittle and icy, and while Dan knew she wasn’t angry with him but because of him, it shook him. Shelly wanted vengeance, but this fight wasn’t hers.

“We have to talk about this, Dan, and I feel you need more help than I can give you.”

Apprehensive, Dan glanced over, saw her iron-willed look of determination. While he thought about what she could mean, the death metal percussion section started banging away in his head again, and he closed his eyes to try to escape the pain. He had better things to focus on, like making sure he didn’t vomit on the pristine floor at his feet. 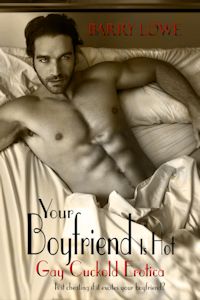 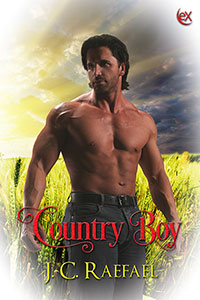