The worst single act of paranormal carnage in human history. The people of Whitten’s Grove, and the world, have no conscious memory of the event. Until now. When Special Agent Ben Mitchell’s memory returns, he uncovers a secret world where anything is possible, and the woman he loves, NSA Agent Rachel Alton, is the key to it all. Devoted to helping her defend against the evil stalking them, only Rachel knows the unthinkable choices that lay ahead. Torn between her need for redemption and the man she’s loved her entire life, when the world collapses around them she knows the ultimate choice is clear. 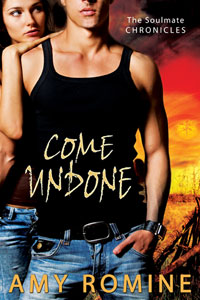 They followed Rachel’s lead, headed toward a small curiosity shop. Rachel took point while Ben and Frank trailed close behind. They opened the door to the shop and heard the small tinkling of bells.

The three of them entered as regular patrons, taking in the scents and colorful displays of crystals, wind chimes, and psychic paraphernalia. Rachel moved to the counter after a clearance nod from both Ben and Frank, and rang the bell that sat atop the counter.

After a few moments with no response, Rachel looked back to them. She motioned toward the back room, and Frank took the cue to check it out.

“Hello,” Rachel called sweetly, as Frank approached the opening to the back room. There was still no response, and Frank slowly disappeared behind the wall. Ben and Rachel cautiously moved to follow when a loud bang erupted, causing them to jump back. Frank’s torso flew past them and hit the far wall with a loud thud. Rachel and Ben simultaneous ducked as Frank slid off the wall to the ground in an unconscious heap.

“Get down,” Rachel commanded, moving to Frank. A wave of energy resounded between them, destroying the wooden bookshelves against the far wall of the shop.

“Crap!” Rachel pulled Frank’s heavy body out of the doorway. Ben moved quickly to the opposite wall of the doorway, and Rachel met him on the other side. Rachel immediately motioned that she would go in first, and that he should wait to follow. Ben shook his head in disagreement, motioning that he should be the first to go in. Ignoring the response, Rachel ducked down, turning slowly into the room, and Ben followed.

The wall instantaneously exploded behind them, and they both hit the floor in avoidance. Rachel was the first to get to her feet. She sent a psi burst into the room and received a wailing howl in response. Without delay, Rachel sent another burst and stepped deeper into the room. Within a single breath the assailant revealed herself. A middle-aged thin shard of a woman stood panting against the wall of the room. The woman defiantly glowered as she met Rachel’s eyes, and then lunged forward with a knife in hand. Rachel ducked and spun as the woman passed.

Ben watched Rachel adjust her spin and kick outward. Her foot made contact with the back of the woman’s torso, she released the knife in midair toward him. Ben reacted to the sight, Rachel called out a word and then a loud clapping sound erupted. The blade froze in mid-flight, a foot in front of his face. Movement in the room seemed to freeze for an instant, and then started again, the blade dropped to the ground.

Rachel swept the woman’s legs from beneath her, and Ben moved fully into the room with his gun raised. Placing his foot on the woman’s back to prevent her from getting up, he looked to Rachel. The curtain in the back of the room opened, and a large pipe held by a blurred man swung down toward Rachel’s head.

“Rachel, look out!” The pipe connected with her shoulder. Ben moved, his stomach becoming nauseated with his blurring vision. It looked as if he were looking into a funhouse mirror. Rachel shook off the blow, moving through the curtain to an open back door. Ben swayed and followed, finding her standing in the alley alone. She glanced to him. “Get some air.” She walked past him, returning to the shop. NSA back up arrived, and Rachel instructed them to take the suspect into custody. Ben beside her, they watched the psychic being led out of the room. “You okay?”

“Okay.” Rachel walked the perimeter of the shop. Her eyes unfocused and Ben tugged on her elbow.

“What were you thinking?” Keeping his voice hushed, she turned to him wide eyed, and his stomach clenched even more. “You walked right into a hostile situation with no regard for the consequences.”

Her face reddened, and she motioned for him to step out of the now crowded store. “Ben, I—”

“You need to secure the situation before making a—”

They stepped into the sunlight and she faced him, her eyes focused on only him. “You have got to be kidding me.”

“Rachel, you put yourself directly in the line of fire with no defense!”

“First off, I am the lead here not you. It is my job to protect you! Second, if I would have agreed to have you enter first, you would have been knocked on your ass by a PSI bomb, putting you into a two week coma. That is not my idea of a defensive stance.”

His nostrils flared at the comment. “I don’t need your protection.”

“Was that one of Mason’s men?” Ben paced outside the store. “Was he waiting for us?”

“So you think she knows what his plan is?”

Frank joined them outside. “We need to get out of here. The local police are on their way.”

They quickly emptied out the shop and headed back to the House.

Twenty minutes later, the cab pulled up to the back of the building and Rachel led the way back into the office. Grant met them in the doorway, Craig at his side.

“Travis is in with her now,” Grant added, turning toward her. “Who is she?”

“Apparently, Mason’s sister.” Rachel’s stomach hardened. The group walked to the interrogation area, and they peered into the one way glass, watching Travis berate the woman who was now close to tears. The waves of confusion and panic washed over Rachel, and she finally knocked on the glass signaling the interrogation was over. Walking back to the group, Travis appeared behind her. “What do you think you are doing I wasn’t—”

“Yes, you are,” Rachel replied, stopping next to Ben. “She is confused and panicked. There is no defiance, layered masking, or shielding. Whatever she told you is all she knows.”

“That isn’t much,” Travis started, glaring openly at her.

“Why did she attack us?” Frank asked.

“She has no memory of it. All she remembers is our attack on her.” Rachel looked back to the window. “Let me talk to her.”

“That isn’t a good idea. If she is Mason’s sister that could be what she is waiting for.”

“We need answers.” Rachel pushed past Travis to the closed conference room. The door opened, and a heavy weight crushed her lungs. It was a defensive maneuver. “I am not here to hurt you, my name is Rachel, and I need your help.” Rachel moved into the room, trying not to scare the skittish woman resembling a drowned animal staring blankly at her.