For a cowboy named Drake, the best of times can always be found in the arms of another cowboy while making his annual cross country trek in search of a good time. The worst of times for cowboy Drake has been found in the arms of a cowboy whose wife is unaware of her man’s “secret side.” Drake never knows what might be waiting for him in the small towns or big cities on his annual trips, but he always gets what he wants. 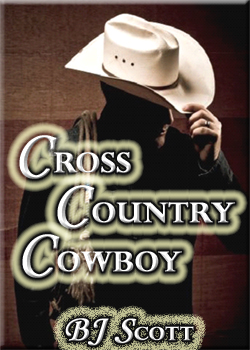 Drake was making his annual trek across the country, his annual sex trek that is, and he always had the best sex in the great states of Middle America. It was in the states of the Great Plains and the Midwest that Drake had found the self-proclaimed real men, the men who over the last few years had become a real turn-on for Drake. These were the men who no one would have ever guessed could have been blown away by a blowjob from a man. These were the men Drake considered to be real men. But no man was as real a man as Drake.

Drake slowed his truck to a complete stop in front of a bar that all but promised to have what he wanted. Drake could spot the man he wanted within minutes of walking into a bar like this one. The name on the sign said it all. The “Sawmill” was a bar filled with Drake’s type of men. These men were the farmers, the ranchers, and every one of these men thought that he was a real cowboy.

Drake set his empty beer bottle down and walked slowly toward the back of the bar where couples were dancing. He leaned nonchalantly against the wall, glancing occasionally at the man he had chosen for tonight’s awakening. He would definitely awaken the young cowboy. Drake always did. The cowboy hat that Drake kept in his truck on his annual cross country trek was the perfect way to disguise his cruising of the young cowboy.