In the heat of the desert two men face danger but discover love...

Ashmit is poised to fulfil his life-long duty and become the next sheikh of Al Nashan, when his father sends him to the desert on one final mission. He must rescue English teacher, Russ Edwards, from a group of insurgents who have kidnapped him.

But for all the pleasure, Ashmit is in turmoil. Not only is he trying to get to grips with his sexuality, but also the prospect of betraying his father, his wife-to-be and the entire nation. Life in the desert is one thing, but what will happen when they return to the palace? Which will win out: duty or love?

His Highness Sheikh Ashmit bin Sultan al Nashan’s horse stumbled on the jagged rock as he rounded yet another hill. But this time it was different. He jerked the horse’s head to a halt. Keen as a falcon’s, Ashmit’s eyes flicked over the scene in the distance. There was the Englishman, the one he had been searching for. He was kneeling in submission just paces away from his captors. Ashmit’s heart somersaulted at the sheer masculinity of the prone figure, like a Greek god brought down to Earth. Head down. His crumpled body exhausted, his wrists in heavy chains.

Ashmit dismounted, hurling himself to the ground, pushing his startled horse down beside him. Finally, after five long days tracking tyre-marks through the desert and mountains, he’d found them. Ashmit’s muscles tensed as he lay in the dust, silently watching.

It was not edifying to see a man in mortal peril. And yet it gave Ashmit a chance to plan his ambush. At least that was the plan when instead he found himself drawn to studying the foreigner. The Englishman was bare-chested. Skin unused to the sun had burnt to the colour of nutmeg and over it lay a trickling sheen of animal sweat. Although the Englishman kneeled in submission, there was a bold rigidity in the proud way he held those magnificent shoulders. His knees defiantly apart sent a signal to his gun-toting captors that he was not beaten ... yet.

Ashmit stared, transfixed by the overwhelming virility of the captive. He was all man, a powerhouse of muscles straining to be unleashed – a growling tiger temporarily caged. Ashmit was stunned. He’d expected the Englishman to be pale and insipid; he was, after all, a teacher of children. What self-respecting male took that role for heaven’s sake? That was women’s work. But seeing the foreigner tantalisingly half naked, a sexual being chained, Ashmit felt excitement rise in his loins. The Englishman was beautiful. His stomach taut as acacia bark, the muscles of his arms knotted and firm sent a jolt to Ashmit’s slumbering manhood. 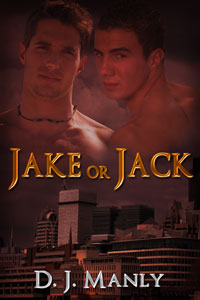