Conrad lost his love once. Ever since, he has waited for her to be reincarnated so he can have a second chance. A hundred years has passed since he held Elaine. He only has one more month before he can make her his bride. Unfortunately, renegade vampires hope to cripple the elders by killing their mates before they can be turned. Now that Conrad is so close, will he finally have his chance at love or will it be ripped away from him a second time? 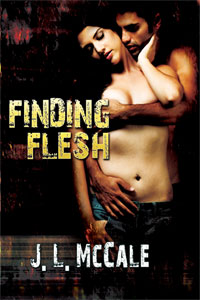 She leaned very close to him.

So close he could smell the soap on her skin. Her hand touched his chest and the warmth from the wine went straight to his loin. “She’s put an aphrodisiac in the wine. We have to get away from each other.”

“An aphrodisiac? She’s quite a character.” Elaine laughed and sounded very intoxicated. “But why get away from each other? Don’t you think I’m attractive?” Her lips went into the most adorable pout.

“You’re the most beautiful woman on the planet.”

He hardly finished saying it when she stood on tiptoe to kiss him. She was so close, her mouth finally met his. Her lips landed a little below his mouth, but that’s all it took for control to flee his body and her clothes to hit the floor.

Her bra tore and Conrad saw her bare breasts, taut nipples. He kissed one, then the other as he tore away her pants. Her panties were a rip, then her bare and lovely skin was there for his pleasure.

She moaned as he laid her on the floor. His lips pressed against hers once again and their tongues tangled. His fangs grew, he felt them get longer. It didn’t matter. She would be his. Nothing would stop him.

Conrad kissed her mouth again, then went to her throat. There was her pulse, the line at her neck that beckoned him. He kissed her flesh and found her heartbeat. Such a delicate thing, yet it raced. He could sense her arousal. Her blood practically sang to him, called him to taste. It wanted to be shared.

On the Wings of the Vampire
Scarlet Blackwell
In Shelf
$4.99