Grab Bag 2 follows along behind habu’s Grab Bag 1 story collection as a gay male anthology that is totally unstructured other than the twenty-one stories in the collection being offered in the order written. It also follows no coordinating theme other than the stories being designed to evoke arousal and the pleasant surprise of some new gay-male twists to some classic plotlines.

It exhibits the breadth and depth of habu’s overarching inspiration, his desire to always be exploring some new facet of locale, theme, character, or circumstance of being unapologetically gay and attracting and seeking in the real world—while often striving to bend that world to one more accommodating to the seekers’ desires.

The inspiration for the locales, characters, and themes of habu’s stories are complex and varied: they flow from his travels; his early careers; flashes of arousing images and circumstances emerging in that early-morning state between sleep and full awareness; his search in writing for ultimate satisfaction in male-to-male encounters; and experiences, observations, and “cautionary” tales that burble up into his memory from the past during conversations with friends and past—and current—lovers. As has become the hallmark of habu, this is a collection of tales (and tails) that are guaranteed to excite and stimulate—not just the mind. A true grab bag of surprises and pleasures that are sure to be savored more than once.

In this “bag” are twenty-one stories that adhere to no uniformity of theme in time, space, locale, or message and that have never been published to the market before.

“I think that was a very good session, Brandon,” Dr. Milton said at the door of his treatment room. “I think we’re coming along very nicely. Very nicely indeed.”

“Thank you, Doctor. I do feel quite refreshed. I was a little nervous when I came in today, but feel like I’m walking on clouds now.”

Brandon smiled at the man who was sitting in the waiting room as he left to walk uptown to the apartment he shared with his wife, Cindy. They’d been married for a year, and it really was her problems that had sent Brandon looking for help. His fear of the dark was ruining her sleep. The tossing and turning had sent them to separate twin beds already, something they both knew was unusual for near newlyweds, but it was the light that had really gotten to her. Brandon hadn’t been able to sleep—or do anything—in the dark. And Cindy couldn’t sleep with the lights on. After Dr. Milton had started treating Brandon, now the dark of night, in his own bed, didn’t cause Brandon to toss and turn and cry out in fear. They were thinking of exchanging the twins for a king already, and Cindy now only wore the night mask and had the sound machine on out of habit.

The man, not at all bad looking for his age, but probably pushing forty, smiled back at Brandon. He stood as Brandon was leaving. He was a professional type—probably a lawyer. But he hadn’t gone to pot. He had kept himself in good shape. Brandon was wondering what the man could be seeing Milton for as he got out of the elevator and walked out onto the street.

The man had been taking a wallet out of his pocket as he stood. Brandon’s office paid for his visits without Brandon having to pay anything. Norris had told him that they’d cover it as part of his executive training. They obviously liked his work, and it had only been the effects of his insomnia that had been holding Brandon back from promotion.

Brandon had stopped on the street. He had no idea why he was stopped, but when he saw that he was standing by the cashier’s booth to a movie theater, he had the sudden urge to go in. He had no idea what the movie was even, but it didn’t seem to matter.

The movie hadn’t started when he entered the theater. He moved to the top row of the balcony. Very few patrons were attending the showing, and all of them were much farther down, nearer the screen.

The lights went out and the movie started, one of the dark-atmosphere movies—and rather racy—all sorts of meaningful, longing looks and hoarse talking and grasping fumbling.

Brandon wasn’t alone. A man sat down next to him, in the dark. He put his arm around Brandon’s shoulders, and Brandon raised his arm, permitting the man’s hand to go under his pit and to clutch his chest on top of one of his pecs. The man’s other hand was in Brandon’s lap, unzipping him. . . . Brandon turned his face to the other man, not being able to discern the man’s features, although they looked slightly familiar, and the two kissed. 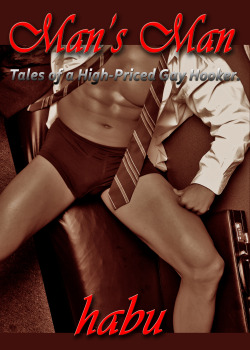 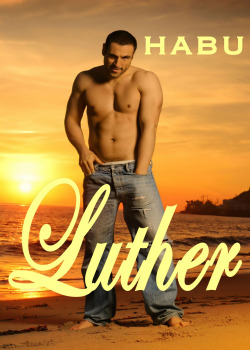 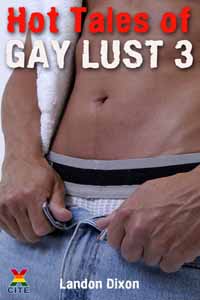