Lyall knows he's the epitome of the bad boy that every good girl, or boy, is warned against. He needs the aggressive appearance, and lives up to it. You don't mess with him, or his pack family.

When his wallet is stolen, it starts a chain of events that turns his solitary life upside down.

When their life is torn apart by another alpha shifter, they will both fight tooth and claw to be reunited.

The wolf slowed, enabling Lyall to shift. Niko stared at the smooth, inked skin and the solid muscles of the man who stopped close to him. There wasn't an ounce of spare flesh on Lyall's body. Somehow, Niko had always thought a wolf shifter would be hairy in human form, but Lyall had even less hair than Niko himself. At least he had a smattering of hair across his chest.

Almost of its own volition his gaze dropped lower, following the ‘v’ lines to a thick nest of dark curls surrounding a thick cock that seemed to rise is response to Niko’s gaze. He quickly looked up into Lyall’s eyes, silently cursing his curiosity. “I heard a howl. You okay?” He kept his voice deliberately curt and clipped.

“Fine. I didn’t know how else to alert you.”

Tilting his head slightly, Niko frowned. “You took a long time to answer me.”

“Is everything okay? What brings you out here?”

The obvious concern in Lyall's voice distracted Niko. For a moment Lyall had appeared nervous, but Niko shrugged it off. “Fine. Well, apart from my car that is.”

Although Lyall’s body relaxed, the thick cock remained half hard and the scent of his musk and sweat was oddly appealing to Niko.

“Yeah. My car. It hasn’t sounded good for a while, but to take it to a mechanic would cost more than I can afford. But I can’t be without a car either. Justin said you look after shifters.” Niko hoped Justin was right, that Lyall wouldn’t tear him a new one after their explosive first meeting.

“I’ll take a look at it for you. But if it sounds that bad I may not get it sorted today. Do you need to borrow a car?”

The offer took Niko by surprise. “One of those cars out front?” He didn’t think either of them was mobile.

“Nah.” Lyall laughed, a soft, easy sound that tickled Niko’s ears pleasurably. “I could let you have the truck. Then drive out to your place in the car assuming I can get her roadworthy tomorrow.”

“Look I said I was sorry about the other day. Why come here to have the car worked on by me if you throw my offer back in my face.”

Anger zipped along Niko’s veins and he whirled on Lyall. “Don’t be such a prick. You didn’t let me finish. I can’t drive the truck. I … I wouldn’t feel confident enough.” His cheeks burned with the embarrassment of the confession, but he wanted to tell Lyall the truth. He liked his small car. He wouldn’t feel comfortable driving something the size of Lyall’s truck.

“Sorry,” Lyall muttered. “I shouldn’t have jumped on you like that.”

A vision of Lyall on top of him seared into Niko's mind and a darkly delicious undertone to Lyall’s voice caressed Niko’s libido. His cock swelled in reaction. Thankful that his sweater was long enough to cover his groin, Niko coughed slightly, hoping to ensure he at least sounded normal.

“It’s okay. After all, we had less than an ideal meeting. Twice.”

“Let’s put that behind us. How about we get back to the house? I’ll put some clothes on and take a look at the car for you.”

“Sure. Sounds good.” If he was honest, the bit about Lyall putting clothes on didn’t sound good. At all. But there were too many differences between them for Niko to even consider Lyall as a possible mate. Well, at least not with his rational mind. Other parts of his anatomy thought it would be an excellent idea. 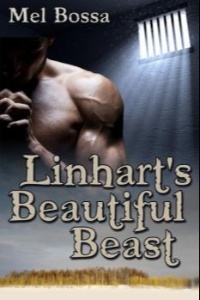 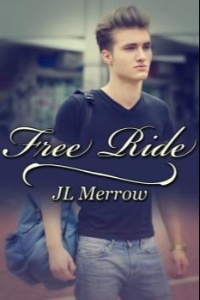 Falling for the Awkward Billionaire (MM)
Casper Graham
In Shelf
$4.99
Tweets by
sirenbookstrand