Running late for her spoiled stepsister’s bachelorette party, Lacy Goodlow is forced to speed—snagging a hefty traffic ticket and the interest of Officer Jared Kelly. Their paths collide again in the middle of the bachelorette party when Lacy plays an embarrassing game of Fact or Fun and she hands him a napkin that simply says Kiss Me. A full-blown attraction takes off, but so does conflict once it’s revealed that Jared and Lacy’s stepsister, Angela, had a tumultuous fling and she still claims territorial rights. 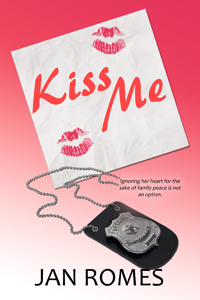 “Sir, seriously,” she whimpered. “I haven’t been drinking. And I need to get going.” She held her wrist up so he could see her watch. “My sister’s bachelorette party has already started, and if I don’t get there soon, she’s going to blow a gasket.”

Crap. He was picturing the same thing she was—drunken women and lots of alcohol.

Regardless, she was late. Lacy blew out a weighty breath of frustration, and contemplated making a move for his gun or handcuffing herself to his cruiser; anything so she wouldn’t have to face the wrath of Angela.

Deputy Kelly’s first command was for her to walk a straight line. Ha! Her sandal teetered on a stone and she swayed sideways. Next, touch the end of her nose. The earth must’ve shifted, because she missed and almost jabbed herself in the eye. And because of the diet cola she’d downed on the way there, she was fidgeting all over the place. “Are we done?”

Without answering the question, he leaned forward and took a big whiff.

An involuntary prickle of pleasure pulsed through her.

“I’m not going to administer the breathalyzer because your eyes aren’t glassy or red, your speech is not impaired, and I don’t smell alcohol on your breath.”

Duh. He’d been sniffing for alcohol, not enjoying her perfume.

She mumbled a feeble thank-you, but it was drowned out by a car filled with teenagers who buzzed past and hollered “Strip-search her.” 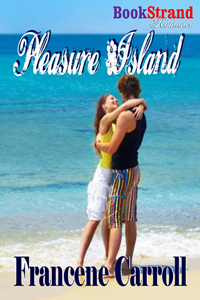 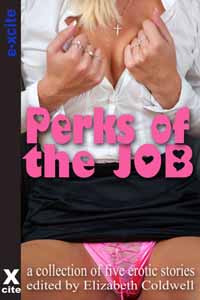 Perks of the Job
Giselle Renarde, Kay Jaybee
In Shelf
$4.99 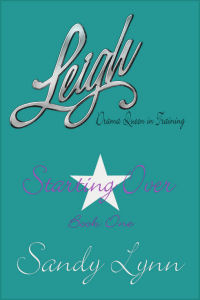