M-Squared: a Collection of Gay Erotica by Leigh Ellwood

Together in one volume: a collection of sexy, homo-erotic stories that celebrate the love and passion two men (and sometimes three) can share. Includes stories from Leigh's award-winning Dareville romance series.

Dare and Dare Alike: Derek Robeson is hard-working and responsible, his twin Dar is reckless and carefree. When Dar's chosen profession in adult entertainment causes yet another mistaken identity hiccup in Derek's love life, one brother gives the other an ultimatum - quit the sex business or else. When a hunky film star makes Dar an offer he can't refuse, Dar's left to wonder if blood is thicker than gold. What he doesn't realize, too, is that a local video company has made Derek a similar, more profitable offer, and Derek's interested! Perhaps the Robeson twins are more alike than they thought?

All You Need...: On a pilgrimage to New York City to pay their respects to a fallen hero, Dean and Troy imagine a life of peace and celebrate a night of love.

Long Awaited Friend: Missed opportunities with unrequited love force drummer Keith Zander to hit the road on his motorcycle. With each mile ridden he hopes to dull the ache of the truth that his bandmate Nat may never be his. But when Nat and Kurt, the third in their trio and Nat's lover, track him down with a surprising revelation, will Keith return home or keep running?

By the Chimney With Dare: Alone for the holidays, Jimmy Carvana accepts a volunteer gig with his uncle’s limousine service, shuttling party guests to and from the local vineyard. When he’s asked to pick up Santa, he’s surprised to find a handsome, dark-haired man in a red suit as opposed to the stereotypical jolly old elf. As Santa, Trey Jeffries delights young and old, but alone in a cozy cabin on the outskirts of Dareville, he’s willing to offer Jimmy the gift that keeps on giving!

M-Squared: a Collection of Gay Erotica by Leigh Ellwood

Any other day, in this state of aggravation, Derek Robeson might have grunted a barely intelligible hello and returned to his lunch. Yet, for all the anxiety and frustration clouding his mood, no way could he point a cold shoulder toward his favorite cousin, who had sashayed into Mick’s from the steaming August heat to take the stool to his right.

He kissed Kate’s proffered cheek and drew her into a one-armed hug. “You look amazingly cool given the drought. How easy was it to arrange a pact with the Devil?”

Kate smirked and slid closer a thin, cardboard coaster advertising the restaurant’s happy hour specials. “Not so much the Devil, but Tish Richmond’s handy mechanic boyfriend. He fixed the A/C in my car, saved me a couple hundred bucks.”

“Smart move,” Derek nodded, “considering you probably spent the last hundred you had.”

Kate gestured to her green floral print cocktail dress. “Worth every penny. I’m meeting Devon for an early dinner at the beach, then off to the symphony. What about you?” She frowned at him. “You don’t look too happy for a guy savoring all his favorite treats.”

Derek glanced at the barely-touched platter of Mick’s signature fajita nachos and the pint of Harp—the head now dissolved to a micro-layer of white foam—and pushed them both away. His stomach churned and boiled, though it had nothing to do with the food. “I asked Dar to meet me here.”

“I see.” Kate stiffened and straightened, and Derek bit back a laugh. Of course, everybody in the family knew of the growing animosity between the identical twin brothers. Between sports rivalries and self-imposed competitions to best each other academically, it seemed every move made by one or the other signaled a competition. Only where romantic entanglements were concerned did the Robeson twins respect each other’s turf. One didn’t have to be family to know why.

“How did he ruin your life this time?” Kate appeared to settle in for a long, dramatic tale, smiling quickly as Mick himself intuitively placed her usual, a dry martini, on her coaster.

“Well, let’s have him explain it.” Derek waved over brother Darien, who entered dressed in a manner completely the opposite of his twin. Where Derek preferred his long sleeves and suits even when off the clock, Darien constantly sported a casual look that almost always featured open-toed sandals and a t-shirt bearing some sports team logo. Today, he did not disappoint: foam rubber flip-flops sounded with each step, and an ash tee declared Dar property of UVA’s swim team.

It sort of made sense, Derek surmised, given Dar’s insatiable hunger for athletes of either sex.

“Hey, cuz.” Dar kissed Kate’s other cheek, then reached over to cuff his brother’s shoulder. “Der,” he said. “I thought you had a date tonight.”

“I had a date tonight. Had as in past tense, not going to happen, thanks to you,” Derek growled.

Mick hovered nearby, and Dar asked for a draft stout. “What? I haven’t done anything.”

Derek reached into the messenger bag on the stool to his left and yanked free a glossy, colorful sheaf of papers. “Reservations at The 219, limo ride set up, bottle of champagne and strawberries chilled, and before I can leave work Tonya storms into my office and throws this in my face.”

He tossed the pornographic magazine onto the bar, open to a pictorial collage of two men engaged in various explicit oral sex positions. That Dar comprised one half of the pair wasn’t lost on Kate or Mick, both of whom moved quietly away from the rising tempest about to explode.

“You know, I think I’m going to finish this at an empty booth,” she said. “Nice seeing you two.”

Mick grabbed a menu, likely for show. “I’ll seat you and tell you about the specials.” Both left without saying goodbye or waiting for acknowledgement from either of the brothers. As it happened, Dar appeared more interested in the magazine than Derek’s anger.

“Dude,” he flipped through the rest of the issue, clearly admiring the photographic quality. “When did this come out? I did these pics, like, months ago. Good thing I got paid onsite.”

“Who the fuck the cares when you posed for them, Dar? Tonya thought this was me licking some other guy’s ass.” Derek hissed the last word. “What do you think something like this says?”

Derek stared, stone-faced. Dar shrugged and let out an awkward laugh, but Derek could see him trying his best to tread the hot water. “Well, how else would it explain her getting this magazine? I mean, it’s not like you can find Hard Ballz easily at the local bookstore. Something like this, you subscribe to and get in a plain brown bag,” he said. “Anyway, you’d think if Tonya were into it, she’d have asked to marry you.”

“How Tonya got the magazine is immaterial, and clearly she’s not ‘into it.’ She came screaming into where I work, calling me everything but straight, thinking I was going to give her AIDS.”

“Hey, they test you something fierce on these sets—”

“I don’t care!” Derek exploded. He grasped the pint of beer, thinking the glass might crack if he squeezed hard enough. The heat from his hand alone seemed to set the liquid to boil.

Taking a deep drink to cool down, he slammed the glass and bared his teeth. “It’s not funny, stop laughing!”

But a red-faced Dar only let his mirth come out louder. “You’re foaming. I keep waiting for your head to spin.”

“You know, it never mattered to me what you did with your life. You chose to go into this...modeling, rather than find a respectable job with a future, and I said nothing. But now it’s affecting my life, and I have to tell you...you need to stop it.”

That sobered Dar quickly. He took a deep breath, looking only half as irritated as Derek felt. “What? You can’t tell me what to do. And where’s my beer, Mick?” He waved at the bartender, who looked too scared to approach.

Derek held up the magazine, just as a pair walking past the bar toward the dining area turned to gawk. Quickly he stuffed the magazine back in his messenger bag. “Anybody who knows me, who sees this magazine, is going to think I’m the one posing. Tonya may only be an isolated incident to you, but every time you pull a stunt like this you risk my job and my reputation.”

Dar snorted. “Dude, everybody knows you’re a twin. You don’t know that people will automatically assume—”

“Dude,” Derek mimicked, “not everybody knows that. I have influence and work beyond this podunk town. You think I want to get a phone call from Japan one day to discover one of our vendors got the latest copy of Hard Ballz?”

Dar’s eyes widened with obvious awe. “Really? You think they get it in Japan?” When Derek sighed loudly, he rejoined with, “Okay, fine. I get it. But, I can’t give up these gigs, Der. The money you get...you can’t just walk away from it.”

Mick finally arrived with the beer and disappeared just as quickly. Derek pulled the plate of nachos toward him. Despite the tension of their verbal volley, he clearly sensed Dar’s growing interest in his food. He shoved the plate forward and Dar immediately tucked into a tortilla chip heavy with cheese and peppers. “You have an engineering degree, Dar,” he said. “You could make the same money working to integrate software for a mega corporation. It would be less embarrassing.”

“No.” End of discussion, again. Derek had lost count of the number of times Dar had tried to talk him into a shoot, how a twin pictorial—two clones on a third guy—paid infinitely more than a one on one. “Do I have to drill it into that soft skull of yours? I’m not gay.”

“Neither was Rico. Lot of guys I meet at these shoots are gay for pay, and it does pay.”

Derek let the revelation sink in, then realized the aforementioned Rico was the man on the receiving end of the photographed rim job. He shook the image from his brain. “Dar, I don’t ask much of you...”

“You’re asking a lot right now, for me to change the way I live and work.”

“Don’t force me to change the way I live and work, please.”

The message finally got through—Derek watched the annoyed expression on his brother’s mirror image face morph into one of concern. “Fine,” he said finally. “I’ll think of something that will mutually benefit the both of us.”

He would have preferred to hear I’ll never lick a man’s ass within sight of a camera again, but he’d have to accept this compromise for now. A sharp buzz and a familiar ringtone sounded from his jacket and he reached into the pocket to check his phone. “I gotta take this. Go ahead and finish up here, it’s paid for.” He stood to leave and grabbed his bag.

“Thanks.” Dar slid easily into the vacant stool. “Derek?”

He was halfway to the door already and turned around.

Dar smiled at him. “Relax.”

Derek said nothing. With a twin like Darien Robeson, how could he?

Beyond Friends
Xondra Day
In Shelf
$3.99 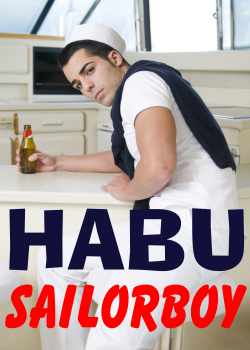