The heart wants what it wants. Austin and Loren have been together for sixteen years and own a small cattle ranch but something was missing. Their love was playful, youthful, and fun, but they knew there was more for them. What that more was, they didn't know. Talk of adding someone else interested the couple but no one had the spark they craved. Hugh was a friend of Austin’s son and needed a place to go and a job. His own parents disowned him. He needed a place to stay and a job. Calling his friend’s dad was a last resort but what other choice did he have? What Hugh found he didn't expect but maybe, just maybe, he was worth something after all.

"Dammit Loren. What the hell was that for?"

His smile changed. I've known this man so long I knew exactly what he wanted. Loren and I met on our first cattle drive when we were eighteen and nineteen, respectively. There was an immediate connection between us. We’ve been the best of friends ever since, though neither of us at the time knew what that spark between us meant.

I stood and made my way around the kitchen table to where he was standing, by the counter.

"Why, Austin, you look miffed," he teased.

I scoffed, "Wonder why?" I bracketed him with my arms and he did nothing except lean back a little to give me room.

His gaze roamed over the side of my face, which was just then covered in jelly. "I don't know." Another flick of his eyes was the only indication of his intent. He leaned forward and licked a path in the jelly. "Mmmm, tasty."

"Loren." My warning did nothing. It never did.

"Just because we hit the big four-oh doesn't mean we're dead. Well, I'm the big four-oh. You on the other hand," his tongue took away another swath of jelly, "are the big four-one." His voice lowered to a whisper. It was a naughty whisper.

His mouth took mine as his hands smoothed down my sides. He tasted of jelly and toothpaste. It was a bit odd but where Loren was concerned, odd was considered quote un-quote normal.

Loren took the kiss higher. Even after twenty-two years of friendship and sixteen years together, just one kiss from him still made me hard as a rock. Loren broke away and cleaned up the mess on my face—although, I'd much rather it be a different kind of mess, if you catch my meaning.

Nips and licks tickled my neck and ear. "Loren." He ignored me, as per usual. It's not that I didn't love time with him but we had work to do.

I may have had the tiniest advantage as far as height went but I never was in charge. Ever. His fingers hooked through my belt loops, pulling me closer. "Loren."

"Now that's how I want you to say my name." My naughty husband began to rub off against me. Not that I minded. Both of us were as hard as nails and it was all his fault. "Mmm, Austin." His encouragement was all I needed. Pressing forward, the two of us moved. The dulled sensations through our underwear and jeans made it all the better. Rubbing off on each other like rutting teenagers kept the spark between us alive. We lived life in the moment because we never knew when it would be ripped away.

Loren kissed me again; it was a sloppy affair, "I'm gonna—"

"Do it, PB. Cream yourself like the little man-slut you are."

"Fuuuck." Loren jerked, and his head fell to my shoulder as a loud groan took over the kitchen. It took a very unsexy image of my grandma in her underwear to keep myself from the edge. "Austin."

"Clean yourself up." I kissed him, and another moan vibrated free from the both of us as Loren continued his humping. Loren's own love of dirty talk is almost equivalent to mine of talking the dirty.

"He was watching us, again." 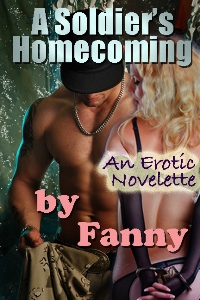 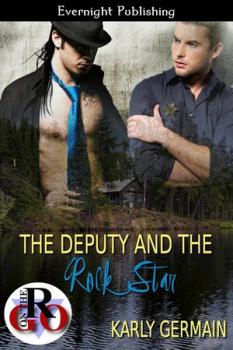