It’s tough being a vampire. For one thing, there’s so much time on your hands. And for another, being undead for centuries means that you meet way too many stupid people...

Socrates Delis, since he has to be awake at night, wonders why he shouldn’t make better use of his time. So to ease his loneliness and hopefully meet a more educated group of people, he enrolls in night school at UCLA’s extension courses and quickly finds that poetry isn’t the only thing on the agenda. Somebody is killing off young gay men around town, and students are nervous. And by the way, didn’t Socrates swear off love? So why’s he finding himself attracted to his hot, human teacher?

Devin Gold loves his work. The great poets are his favorites to share with his English lit students, and while teaching, his life often seems just about perfect. But holy heck, his crazy Uncle Vince just blew into town and has even invaded Devin’s night classes, disrupting his life. Uncle Vince and Devin’s mom think they’re vampire hunters. Devin knows there’s no such thing, and has lived with the shame of their insanity all his life. Now his uncle swears that LA, even night school, is swarming with fangers.

How can Devin keep his sudden attraction to his handsome new student, Socrates, a secret? He’s not sure, but he has to try, especially since his obsessive uncle will undoubtedly insist that Socrates is a vampire. It’s tough being a sane human in La La Land…

…They stopped in front of Devin’s building.

“I must go. I have to get my friend and find an insane mortal.”

Devin came closer. “And kiss me?”

Devin wound his arms around Socrates’ neck. “You’re so sweet.”

Sweet? I almost ripped Lucky’s head off a few minutes ago. Oh well…okay, I guess I could be…oh…kissing.

Devin’s mouth clamped onto his and Socrates lost his train of thought. In fact, he lost all the thoughts in his head. His mouth opened to Devin’s insistence. Sweet. Yes, but

Devin was the sweet one. They explored each others’ mouth, but damn it, Socrates wanted to explore far more. Was he going to be able to stop himself? Nope.

Socrates made short work of getting Devin up to his room. “Take off your clothes,” he told him. If Devin was put off by the lust in Socrates’ eyes, he didn’t show it. He tore off

his own clothes and slid onto the bed.

Socrates slowly removed his shirt, his shoes and socks, then he slid down his jeans and underwear and kicked them away. The lamplight was bright and he stepped into it to

allow Devin to really see him. He knew that at night his skin turned lighter than a human’s, and smooth. When he hadn’t fed, he could look rather chalky.

Devin reached out for him. “Fuck me…” 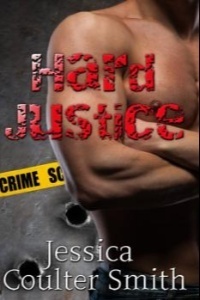 He's the One (MMM)
Jo Penn
In Shelf
$4.99
Tweets by
sirenbookstrand