Roland Marcus—rich, handsome and pushing 40—is still not over the fact that his 20-year relationship has ended, and desperately needs someone to distract him while he attends a bevvy of charity events in New York. With all eyes upon him, including his ex’s (who left him for a younger man), Roland accidentally bumps into a hot young guy in a used book store…a strapping male hustler whom he decides to hire for one week to accompany him to his social events. He offers him $5,000, with no strings attached, to just stand by his side and look pretty.

Josh Holden, a young guy who is helping to support his son and saving money to buy a business with his best friend and ex-wife, is only too happy to escort Roland anywhere he wants to go that week. And he’s not doing it just for the money…

Roland learns in less than a week’s time that his future can still hold both earth-shattering sex and a love of real substance. 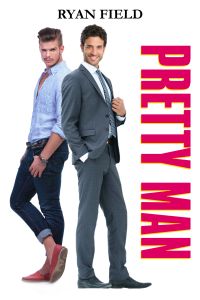 On any other day, Roland wouldn't have been able to resist the aroma; but chocolate was the last thing on his mind. His heart raced and his mouth felt dry. He knew he'd have to see Kenneth at the charity events that week, but he hadn't expected to run into him elsewhere. Kenneth now lived full time in Bucks County, Pennsylvania, where he owned and operated a trendy floral shop in a town called New Hope. He called the shop Apro-Posie. After their 23-year relationship ended (because Kenneth fell in love with a 25-year-old), Kenneth got the house in Bucks County and opened the flower shop. Roland had always been the primary breadwinner and could have kicked him out on the street. But he hadn’t.

When Roland leaned to the right to look out the window for Kenneth, his elbow accidentally bumped into someone and a pile of old books fell to the floor. “Excuse me,” Roland said, “I’m so sorry.” He bent down to pick up the mess.

“Ah, well,” a man said, “I guess it’s not safe anywhere these days.” He placed his hands on his slim hips and shook his head, smiling. His voice was deep and strong, but friendly.

Roland stood up and placed a pile of books neatly on the shelf. He pressed the corners together and lined them up perfectly. When he looked up, the good looking young guy, with sandy blond hair and pale blue eyes, was still smiling at him. “Sorry about that,” Roland said, shrugging his shoulders.

“Don’t worry about it, man. The guys that usually bump into me are over 70 and have false teeth. You can bump into me anytime.” He wore tight jeans that made his crotch bulge. The jeans were torn and there was a large section of hairy thigh exposed up near his groin. His white cotton shirt was tight and his chest muscles popped like halved grapefruits.

Roland raised one eyebrow and smiled. This new generation of gay men certainly was bold. “I’ll have to remember that,” He said. Roland inhaled again. The intoxicating smell of chocolate made him light-headed.

Roland suddenly had a brilliant idea. “How would you like to make $500 in cash, for a few minutes of work?” 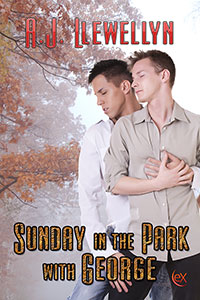