Anita is a nurse who wants to play doctor, but is she ready to take on a lover? She’s not sure but when she meets Mike, she wants to give love a try. Meanwhile, Mike has been convinced about wanting to be with Anita ever since he first saw her at the athletic club. His main worry is that if Anita will want to be with a much younger man.

Dr. Michael Pollard stepped from the sauna and headed toward the whirlpool. This had been his routine ever since he’d started coming to the club five years ago. First he would work out for half an hour, followed by a shower, then a few minutes in the sauna ending up with a good soak in the hot tub.

He glanced in the mirror and smiled. He didn’t look bad for fifty-one. The same thing couldn’t have been said about him six years ago. He and his wife, Jane, had fought for years but when it finally came to a head she took him for the house, the newer of his two cars, half of his bank account and the majority of their friends. It was the catalyst he’d needed to start looking into moving to a new town and starting a new practice.

When he saw the advertisement for the head of surgery at the hospital in Minter, Wisconsin he applied for and got the job. Coming here had brought about more changes than just in his career. He’d realized his lifestyle needed to change. It started with diet and then working out three times a week at the athletic club.

Recently he’d started thinking about dating again. Thinking about it was one thing, but he had no idea where to start. Just today he saw a posting on the bulletin board at the club. It seemed as though someone wrote it exclusively for him.

Wanted: Someone to play doctor with an older nurse. If you’re interested in examining this further call me at 608-555-DOLS.

“Hey, Doc,” his friend Dennis said when he came to join him in the whirlpool. “Did you see that crazy ad on the bulletin board?”

Mike nodded. “I was just thinking about it. I wonder who could have put it up there?”

“Get your head out of your ass. It has to be the nurse who runs the nutrition program. She’s older, single and, let’s face it, if I weren’t married, I’d be interested in her. When you get done here are you going to contact her?”

“I’m thinking on it. For now, I just need to relax. It was a long day. I’m looking forward to a good meal and then I’m going home to watch some TV before I crash.”

“Well, you’d better give this chick a call. Your love life needs to be pumped up and it sounds like this is exactly what you need.” 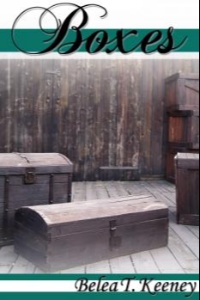