If you’re born an omega, you don’t get to stay with your pack. Instead, you’re sent to the Omega Auctions, a place where wolves are traded between packs...a place where they have no say in their future…but a place where, at long last, some wolves are finally fighting back…

Broken and battered, Sebastian has been rescued from the Omega Auctions but he is haunted by his time there...and the time that he spent with the pack that auctioned him. Sebastian has no idea if he will ever heal from what had happened to him and no idea what path his life will take now.

Klaus is a member of the pack that rescued Sebastian—a pack of free wolves—and from the moment they meet he finds himself drawn to the other man. He soon realizes why. Sebastian is his given mate and that means that Klaus has no choice but to claim him.

Only, it won’t be that simple because Sebastian is far from ready for the love that Klaus is offering and he won’t ever be, not unless he confronts his demons. These two wolves will have no option but to go back to the place where Sebastian was shattered...and try their very best to put him back together again.

More From The Omega Auctions

The moment their skin touched…Klaus almost shuddered. He felt something that he had never felt before. There was something here. Something between them. Something they had both, whether they knew it or not, been waiting for.

There was no other explanation.

And yet…the other man shot Klaus a look. It was filled with that same confusion but there was something else there too.

He knew then, and he knew it without a doubt, that his mate was damaged.

He knew too that there was only ever going to be one way to put him back together. 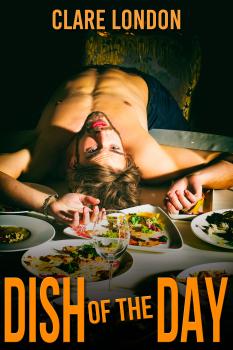