Romeo Quiles has accepted a job online in lush and sunny Kauai. However, upon his arrival in the Hawaiian Islands, he discovers the job is a scam. The company that hired him has emptied his bank accounts and he must scramble to either return home to Cupertino, California, and certain unemployment, or to give paradise a chance. 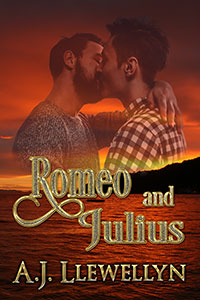 It wasn’t hard to look like he fit into the homeless encampment. Romeo kept his head bent like the others as he tried to keep the sandwich he lifted from the paper plate in one piece. The bread, which had probably been sitting in the food truck for a while, was soggy. A chunk of mahi mahi fell back onto the plate, but he didn’t care. He was starving. For three hours, he’d worked hard on the volunteer clean-up crew, sprucing up the most popular beach park in Waikiki.

He took a bite, trying to ignore the preacher, Reverend Michael, raving on about Jesus and how he cared for them all, no matter what their circumstances. Romeo had heard all the stories growing up. His Mexican-born mother and grandmother were religious nuts. He tried not to feel bitter.

How come Jesus could turn a handful of fishes into enough to feed hundreds, according to legend? And yet Romeo only managed to get a tiny piece of fish in his sandwich? He chewed thoughtfully. It actually tasted pretty good. The coleslaw had an unexpected sweetness. Poppy seeds gave it an unusual flavor. He remembered, with a pang, that his older brother Jesus—yes, of course he was named after Him—couldn’t eat poppy seeds. He was on probation for drug offenses and had to pee into a cup every week. Poppy seeds gave a false positive for opiate use.

Romeo liked the unusual flavor of the sandwich. He took another bite. Oh, there was more fish than he thought. He glanced up at the preacher, who was actually a nice guy. Reverend Michael was, he’d learned, a typical island mix of Portuguese, Japanese and Hawaiian. He wasn’t judgmental like some of the religious freaks Romeo had met. Romeo shut his mind to the memories and picked up the fallen piece of fish.

“You want to try some poi?”

Romeo smiled at her. She was so Hawaiian everyone said, so accommodating and gracious. She wore a colorful dress he learned was called a holoku. They’d been handed down to the local women by nineteenth-century missionaries. Lani, whose name meant heaven, handed him a small plastic container with a lid. She smiled as he fumbled with it.

“You eat like this. Here. You try.” She used her forefinger and middle finger as a scoop. She managed to make everything she did seem so classy and elegant, even eating with her hands seemed beautiful. If he were straight, she’d be the kind of woman he could fall for. He’d learned she was a renowned hula teacher and chanter. Marrying her sweetheart of six years seemed to have been the realization of her fondest dream.

Lani doted on Reverend Michael. And now, she bestowed that same attention on Romeo as he sampled the poi. He couldn’t detect a noticeable smell from it. What he did notice was that most of the people congregated in Ala Moana Park in the heart of Waikiki, weren’t touching the fermented paste made from taro root.

A few of the others had cracked opened bags of potato chips.

“Poi tastes like glue,” a man in a wheelchair said with an exaggerated shudder.

“People always say that. You eat a lot of glue?” Lani asked.

“Only when I’m desperate,” the guy in the wheelchair said. Romeo scrambled for the guy’s name. He was sort of the ringleader, but also wasn’t really. By nightfall, he made himself scarce because he was more of a target in his incapacitated state. The police cracked down, Romeo had learned, on the homeless in Ala Moana Park and nearby Kapiolani Park.

At night, the hardened residents were, surprisingly, women. They slept with all their belongings on benches and beach chairs cemented into the ground.

Three days Romeo Quiles had been on the island and, so far, he felt numb. He hadn’t meant to come here. Honolulu was supposed to be a brief stopover on his way to a fabulous new job on the island of Kauai. He stared at his now-empty plate.

Stupid. That’s what I am. Stupid. How could I fall for such a dumb-ass ruse?

He had applied via an online ad for the job of Recreation Activities and Water Area Manager for a brand new ritzy spa resort that had just been built in Kauai. He’d had to submit his social security number, current CPR certificate and bank account details for direct payment deposit.

There had been a moment when he panicked about faxing the voided check to the company in Kauai. But he’d made sure the ad was legitimate and found a website for the resort. The job listings were plain for all to see. After he sent everything, including personal and professional references, he got the job.

Through complicated means, he got a plane ticket to Kauai. The electronic ticket had been hard to redeem in Los Angeles, where he’d traveled from, and by the time he’d landed in Honolulu, he and seven other new arrivals discovered there was no spa resort. A quick verification via his cell phone revealed his conjoined savings and checking accounts had been emptied.

The fraud department of Bank of America was working on his case, and it looked like he might get most, if not all, of his funds returned, but it could take weeks. His best friend Paul, who’d embarked on the journey with him, had fallen apart when he learned that he, too, had been fleeced.

The Honolulu Police Department had admittedly been great and said the scam had been going on for weeks. They were trying to catch the culprits, who’d even placed the ads on military websites, luring unsuspecting veterans returning from Iraq and Afghanistan into their shameful web of deceit. It was disgusting. The Honolulu Chamber of Commerce had worked side by side with a couple of airlines to send people home if they so chose.
"Remember, second base only," Kumi murmured against Romeo's mouth. Their kisses grew increasingly frantic. From outside, Romeo could hear the band playing Beyond the Reef. How apt. He'd have swum for miles to chase after Kumi. He had no idea what the fire dancer considered second base but after some wonderful kisses his mouth moved of its own accord down Kumi's gorgeous body. He touched the man's burnt shoulder, surprised how well it had healed. It still looked very tender, but Kumi insisted he was fine.

He writhed around as Romeo's tongue licked up and down Kumi's washboard abs. The man had the perfect body. Romeo had the wild urge to remember every faded cut and burn so he could kiss them all better each time he saw Kumi. He wanted to heal the man, stroke all kinds of good feelings into every battered space and he wanted to do it again and again.

When his tongue moved down Kumi's waxed pubic area, he was not surprised to see how well-endowed the man was. His tongue flicked at a sliver of pre-come across the man's belly. Romeo licked and licked again, capturing the swollen cock head with his eager mouth.

Kumi moaned, "Second base," like it was a mantra, but Romeo plunged ahead. It was up to Kumi to stop him when he'd decided it was time. The man had a magnificent cock that wouldn't quit. Romeo held the thick base in his hand, using the other one to rub a clockwise circle around Kumi's solar plexus. The guy went berserk, his cock jumping in Romeo's mouth. He felt a fresh surge of warm juice trickle into his mouth. Ah, nirvana.

Suddenly, Kumi pulled away. The strains of the musical instruments seemed to match the lift of the curtains on the balcony doors. They swayed like a grass skirt in the breeze.

"We have to stop. We're almost on third." Kumi's voice hammered into Romeo's mental hula.

"Okay." Romeo's cock wouldn't go down. He'd have to live with it.

"Lie back," the dancer said, his voice hypnotically low. Romeo obeyed, delirious when Kumi's mouth and hands found their way to Romeo's treasure trail and oh, boy, beyond his own personal reef.

Kumi sucked Romeo's cock with abandon. Romeo gazed at the Adonis kneeling beside him in the bed.

"Can I touch you?" he asked. Kumi glanced up at him with those big, ancient, fathomless eyes and nodded. Romeo almost came on the spot.