When Scott Rafferty, PI and director of The Federation, a highly classified global organization for the paranormal, showers his new secretary, the sexy and blind Leia Howard, with his coffee, neither has any idea that ultimately he’s the man to restore her sight.

Behind its sumptuous five-star décor, the Manhattan Heights Hotel hides a dirty secret. And when Scott is hired to expose a perverted manager who records his guests having sex, Leia accompanies him. While performing in front of the cameras, they not only enjoy the best sex ever, but they fall in love.

But Senator Williamson, a ghost with revenge on his dead mind, is setting Scott up, and it’s only after Leia’s kidnapping that Scott discovers the truth. Yet the blast of intense white light from his Federation-issue laser Beretta causes more than the vaporization of Williamson’s pompous and dead ass—it restores Leia’s sight.

Heat Rating: Sextreme
Word Count: 58,301
3 Ratings (4.3)
Contemporary Paranormal
In Bookshelf
In Cart
In Wish List
Available formats
PDF
HTML
Mobi
ePub
Cover Art by Jinger Heaston
Reviews
I took a few pages to get into this book but after the first chapter i was hooked, and had trouble putting it down.
k.goward
Read more...
Excerpt

Leia grew hot at the thought of Scott touching her. With his hands. His mouth. Her face flamed. Taking hold of Archie’s harness and abruptly pushing the chair back, she stood. Maybe it was best to retreat to the sanctuary of the reception to get a grip on herself before she did something really embarrassing, like tear her clothes off and lay legs spread on the desk, begging for him to take her.

“Touch me?” Scott asked, that dark, forbidden, and compelling voice of his hesitant. “What, as in you want to know what I look like?”

Oh, so he thought she wanted him to describe himself. Well, it was partly true. She did want to put a face to the name, so to speak. And a body. She squelched down the image of tearing Scott’s clothes off and conducting a thorough and detailed study to discover, apart from his gun, what other type of weapon he packed. With her hands. Her mouth.

Her face flamed further. “Yes!” Leia said quickly, maybe too quickly. “You can describe yourself, but…”

“But it’s not the same. By touching I can build a better mental image.” She definitely wanted to touch him. Her fingers literally itched to.

“Then touch away, Leia.”

Something in Scott’s husky acceptance made Leia’s breath hitch. She heard him rise to his feet, and then he was standing right in front of her. A potent cocktail of danger, masculine heat and woodsy cologne wrapped around her and made her belly quiver with want when he released Archie’s harness from her fingers. Already hard, her nipples rasped eagerly against the lace of her bra as she reached up to touch his face.

She began by lightly running her fingers over a rather worried crease in his forehead, down the straight nose, over lean cheeks, and down one side of a strong, clean-shaven jaw across to the other.  Then sweeping them briefly over slightly parted, firm and very kissable lips. “You can dispense with the frown,” she said, hoping her voice wasn’t trembling as much as her knees. “I’m not going to poke your eye out or something.”

His tone held a smile. “Glad to hear it.”

“And you don’t have to answer this, but how old are you?”

A pause followed by a humorous “Over the age of consent.”

Oh, Lord. Over the age of consent for what? Tobacco? Alcohol? Sex? She ignored the sizzle that ignited in her belly and fanned outwards. Her fingers moved up to his hair, which was cut short at the back and sides but longer on top. She delighted in the silky strands sifting through her fingers. “Color?”

God, Leia, do you have any idea what you’re doing to me? To my mind. My co—

Leia kept her expression straight when Scott abruptly stopped his thought. She knew exactly what he’d been about to think. And yes, she would really like to touch his cock, thank you very much. Unfortunately, now was not the time nor the place. She’d only known him for two minutes anyway. She didn’t want to seem too eager to jump him. Pity. “And your eyes? What color are they?” she asked as she lightly touched the creases beside his eyes. He was now smiling.

Okay, so Leia would reserve judgment on that; nobody had black eyes—well, unless they’d gone ten rounds with a heavyweight boxer. She moved her hands to rest on his shoulders. Under the expensive-feeling cloth, he was broad and muscular. Tough and capable. Exactly her kind of man. She expelled a shaky breath. “You’re what? Six foot?”

“You’re wearing a suit,” she guessed as she ran her fingers down the lapels, inducing an equally shaky breath from him when she splayed them across the front of a cotton-rich shirt. His tie was silk. “What color?”

“Er, charcoal-gray. The shirt’s white, and the tie is black.”

Leia ignored the enunciated adamancy and slipped her hands down his arms to link fingers with him. Liquid fire raced up her arms when slightly roughened fingertips and palms rasped against her smoothness as Scott twisted to clasp her hands fully in his. How could a man with such a cold touch induce such heat?

She turned her head, and his hot mouth enclosed over hers in a hungry and demanding kiss. He groaned deep and long as she sucked his plundering tongue into her mouth. Even as the heat flared between her legs, he was lifting her to stand on tiptoes, and she sank down onto his cock until the tip touched her soul.

“So tight but so ready,” he rasped, licking a hot path across her nape.

“Now, Scott. Now.” She braced her hands on the shower wall while Scott’s held her hips as he thrust. The slow yet sure drag of his cock pushing in and out had her coming faster than her racing heart could beat. The sweet, sizzling tremors still shaking her, he suddenly pulled out and spun her around, her back making a splat on the tiles as it contacted.

Was Scott shielding Leia from the cameras again like he’d done earlier? Where’s the camera?

His telepathic tone was smug. Steamed. By The Force.

She couldn’t help herself. She laughed out loud.

“Charming,” he sniffed with mock wounded pride, “I give you an orgasm, and you think it’s funny. Am I that lousy in the sack? Or rather, the shower?”

“Far from it. Let me show you my appreciation.” Scott groaned as Leia sank south to kneel before him. The plump head of his rigid cock brushed her lips. She could smell herself on him, and the regret that she couldn’t see resurfaced, but she pushed it back. It had never bothered her before, so why now? Probably because she loved the man inside out.

Scott must have been right over the showerhead, his broad shoulders taking the brunt, because though droplets fell on her head and spray hit her sides, the majority of the water sounded as if it splashed behind his feet. Which was a good thing. She wanted to taste him and only him.

Her hands on his muscular thighs, Leia inched her fingers up until her thumbs brushed curls of moist hair and the sides of his heavy balls. She cupped them in one hand, gently caressing and squeezing, loving the way his cock bobbed against her lips and the sound of his breath hissing out of his mouth.

He emitted a low, feral groan when she extended her tongue and licked the tip of him. He emitted another as she circled the base with her other hand and licked up and down his length with the flat of her tongue. Then, wrapping her lips around him, she relaxed and sucked him to the very back of her throat, mimicking the way she sucked on his tongue, again making him groan with pleasure.

He tasted of man and heat and danger. And of her. Like she’d branded him. That thought was extremely gratifying, and a deep moan welled up and vibrated along his cock as she moved her mouth back and forth. She heard the wet slap as Scott hit the tiles with one hand, the other cradling the back of her head.

Leia began to blow him in earnest, his groans of pleasure echoing around the tiled enclosure almost in sync with the sucking actions of her mouth and the squeezing and rolling of his heavy balls in her hand.

“Leia, I…” Scott panted, then a wild growl erupted when Leia hummed. 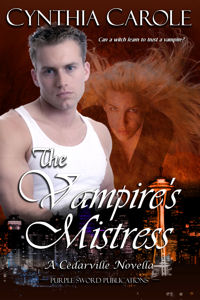