Heat Rating: Scorching
Word Count: 52,648
1 Ratings (4.0)
Contemporary
[Siren Allure: Erotic Contemporary Romance, HEA]
Alaska and the Iditarod, the last great race on earth, testing men, women, and dogs alike. Holly James stepped up to the plate to take her place in the race as a memorial to her late father. But Obstetrician Zachariah Black thought her foolish in the extreme, commenting that she didn’t have the courage or the stamina to survive the hardships and rigours of the journey. Angry at his lack of confidence in her, Holly was determined to show him! One night of sex and he thought he knew her—well, he had no idea who she was or how she felt. Resolute, she ignored his unwanted and unasked for advice and set off determined to, if not win, at least finish the race.
However, Holly is dogged by bad luck and not long into the contest disaster strikes. Zachariah is forced to come to her aid and in order for her to continue with the race becomes her reluctant travelling companion.
Clashing swords at every opportunity, they kept an armed truce interspersed with moments of sizzling passion. But what of love? Holly had loved Zachariah from the moment they had met, when she was a naive sixteen year old and he’d been a serious, married twenty nine year old.  Now widowed, was Zachariah ready to love again, and if so, would he choose her or the sultry Astrid Buchannan?
A Siren Erotic Romance

Waking in the night, feeling toasty warm, Holly lifted lashes heavy with sleep. Momentarily disorientated she frowned at the flapping white canvas above her head, and then it all came rushing back. Struggling into a sitting position she stared at the large mound in the sleeping bag next to her. Zachariah!

“Get some more sleep, Holly, the storm is still bad and there is no way you can leave yet,” Zachariah mumbled, his voice heavy with sleep.

“The dogs, I must just check on them.”

“I did it an hour ago and both teams are fine. I’ve fed them some snacks and checked the stakes are still secure. It’s all cool, so relax.”

“Oh, well, I’m not really tired now, so umm, I’ll have another look at them if you don’t mind?”

“I do! It’s pointless getting cold just to prove a point, and if you’re out in that, then I won’t be able to sleep, so fair’s fair, Holly.”

Pursing her lips in annoyance, Holly sought for a clever answer but found none so instead settled for the mundane. “And what point would it be I’m trying to prove?” she burst out, feeling frustrated at her utter inability to be witty and sophisticated.

“God, woman, aren’t you tired?” Zachariah sighed loudly as she waited expectantly. “To prove you are as good as a man, to prove you don’t need anyone, especially a man, and to prove your father was wrong, and that you are capable of being just as good as the son he really wanted. Now, unless you want to spend what is left of the night more, err—constructively.” He wiggled his eyebrows. “I suggest you lie down and get some more sleep.”

Zachariah grinned. “No I don’t suppose you have.”

Staring silently at him for a few seconds more, Holly threw herself back down and, pouting angrily, rolled over, resolutely refusing to give him the satisfaction of locking horns with him again.

Early light found Holly and Zachariah sorting out their dogs and packing up. The storm had all but blown itself out and with hours of lost time to make up it was time to hit the trail.

Looking up from packing her sleigh, Holly frowned.

Zachariah sighed. “No reason, I was just looking out for you that was all, making sure you’re not worried about anything and that you’ve got all you need.”

Rising to her feet Holly stared at him. The conceit of the man, did he think she was an imbecile or something? “I need nothing, especially from you, Zachariah. And my welfare is of no concern of yours. So whilst I thank you for last night, please don’t give me another thought, because I certainly won’t be thinking about you.”

Cupping her cheek, Zachariah lifted her face and gazed into her eyes.

“You sure about that, Holly?” he whispered. Bending his head, and quickly finding her lips with his kissed her, forcefully, masterfully, and completely and utterly satisfactorily.

Stiffening in his embrace Holly made to pull away, but the insistent caress of his mouth had her eyes closing and her heartbeat racing. Leaning further in, she pushed her breasts up against his chest. The feel of his mouth, the touch of his hands and the sound of his breathing became sensually erotic and she pressed even closer. The sensations he was stirring up were messing with her equilibrium, and she desperately wanted more. She wanted to feel his naked skin touching hers, wanted to feel the pound of his heart against the softness of her breasts and wanted him—her eyes sprung open. Oh god, yes! She wanted him inside her, possessing her, making her his.

Suddenly she was free, her grasping hands clutching at open air. Closing her mouth with a snap she stared at him in bewilderment.

“That was just something for you to think about, Holly.” Zachariah touched his hood in farewell and, stepping onto the runners of his sleigh, called “mush,” and she was left staring confusedly at his receding back.

“Get off me you big oaf.” Still favoring her shoulder, she started to struggle, pushing at his chest and trying to kick him with her feet.

Subduing her easily, Zachariah laughed at her feeble attempts to push him off.

“Stop laughing, you pig!” she spat, growing angrier by the second. “I hate you.”

Zachariah stopped laughing and gazed silently into her face before he lowered his mouth to hers.

Resisting for but a few seconds more, Holly, unable to help herself, melted into his arms, hers wrapping around his neck as she pressed closer, her breasts pushing urgently up against his hard muscular chest.

Zachariah deepened the kiss, his firm, hungry lips drawing from her groans of need.

Pushing up and under the layers of thermal clothing his fingers closed unerringly over her hard, peaking nipples. Holly gasped, immediately on fire, a fire that shot aching arrows of desire from her breasts down into her stomach to arrive like an explosion in her pussy.

Forgetting her anger Holly cried out his name and began tearing at her clothes, wanting nothing more than to feel Zachariah’s hard, naked body against her own.  Quickly removing his own garments, Zachariah came down onto Holly’s naked body.

Holly closed her eyes in delight at the feel of his naked flesh against hers. Running her hands lightly up and down his spine she enjoyed his groans of pleasure. He in turn caressed her breasts, flicking lightly at her burgeoning nipples, his mouth closely followed his fingers and she gasped as his teeth nipped her sensitive skin. Reaching down Zachariah stroked the feminine mound that protected her genitals and delicately brushed the petal-like folds of her vagina before gently inserting a finger. Holly’s breath caught in her throat and her eyes snapped open. Gently moving his finger backwards and forwards he prepared her for his penetration. Biting her lip Holly felt suddenly shy as her essence flowed onto his fingers. Gazing into her eyes Zachariah cupped her face and kissed her. Then using a hard muscular leg he widened her thighs, and driving hard, entered her wide open pussy in one swift thrust. Their coupling was hard and fast and had Holly’s breath catching in the back of her throat. Having Zachariah inside her felt like coming home, it felt so right, it was so right. Unable to wrap her legs around him because of the restricting sleeping bag, she contented herself with hooking her legs around his calves and holding onto his firm muscular buttocks with clutching hands. Urging him on she cried out, telling him to fuck her and fuck her hard.

Holly felt Zachariah’s thrusts becoming more controlled. As he slowed down and seemed to be drawing out of her, she grabbed hold of his hips wanting to stop the withdrawal. But she need not have worried as speeding up he drove forcefully back into her pussy with deep dominant thrusts, his cock filling and stretching her. She cried out in delight. Yes this is what she wanted, what she needed. She wanted to be dominated, wanted to feel mastered and most of all wanted to feel loved.

Zachariah drove his cock powerfully in and out of Holly’s pussy. She felt hot, wet and tight, her internal muscles fiercely tightening around his cock, making him work for his pleasure. Her breasts were soft, the nipples hard as they grazed his chest. She was all woman and she knew what she wanted. Breathing softly against his neck she pleaded with him to go faster, to pound into her and to screw her hard. His hips working hard he ground into her. Grabbing a pillow he quickly thrust it under her buttocks and gyrating his hips he pushed even deeper into her, seeking out her G-spot.

Holly could barely hang onto reality such were the feelings Zachariah was generating. The feel of his pubic hair as it grazed her clitoris only added to the eroticism, and the pillow under her bottom made his penetration deeper. Feeling like he was splitting her apart she gasped with sheer sensation, but she wanted more, wanted him to become part of her, to possess and control her. Her breath caught. She could hardly believe the eroticism of her thoughts.

“Oh God, Zachariah, please, please fuck me. Fuck me like I’ve never been fucked before, screw me hard, tear me apart, I don’t care. I just want to feel you, feel you complete me.”

Zachariah pulled out of Holly and she gave a cry of dismay, her hands clutching desperately at him, not wanting him to leave her. 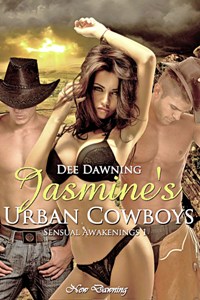