When Dane Murphy follows a kilt-wearing man through the airport to alleviate the boredom of travel, he has no idea he is following his future. Then the man sees him, and an immediate connection is made.

Sully McKellen is making his first public appearance in more years than he cares to think about. Shy, reclusive, and lonely, he finds himself intrigued by Dane, who is headed to the same writers’ conference. Instant attraction turns to lust, which deepens as they spend the weekend together, learning their strengths and weaknesses mesh perfectly.

But can Sully overcome his shyness and enjoy being in the spotlight even for one evening? And even more worrying, can Dane and Sully keep a relationship going once they return home again?

Dane Murphy walked across down the airport concourse slowly as he argued with himself about getting back on the next plane home instead of getting on the one going on to San Antonio. So far it had been a hell of a trip, and not in a fun, exciting way. The plane had taken off so late due to weather that his connecting flight had departed before they had even touched down in Charlotte. It then took another twenty minutes once they landed to reach their gate and disembark the small commuter plane.

Dane was grateful that, in the endless minutes before he could escape the plane, he had managed to call his travel agent, who was able to get him on another flight. Only problem was it did not leave for another three hours.

He would be later than he liked checking in, but that just meant the sightseeing around San Antonio that he had hoped to do today would have to wait until later during his stay. He would also miss the casual pre-dinner bar gathering, which consisted of schmoozing with his fellow authors who would no doubt brag about their latest sales and contracts. Something Dane had never been comfortable doing. The actual mystery writers’ conference began late the next morning with him sitting on a panel of five best-selling authors taking questions from the audience and sharing their knowledge about how to write the perfect murder mystery.

Though he was already tired from a late night, or rather early morning, of finishing up the final edits on his next book, and then waking up after three hours of sleep to get to airport for his pre-dawn flight, he didn’t dare try to nap in the airport. He was such a heavy sleeper that he might sleep right through the boarding call. He promised himself that once he was on the plane he would crash. After all, it was a five-hour flight with nothing to do except sleep. He just needed to eat something before heading to the gate for his next flight.

A hermit by disposition, the only reason he had agreed to attend this convention was to hear, meet, and, he hoped, shake hands with T.S. McKellen, the keynote speaker. The best-selling author of Dane’s favorite mystery/thriller series was so reclusive, he made Dane look like a party animal by comparison. Though he had once spent a full day searching online for a picture of his writing idol, the only picture he had found had been of the back of the man’s head, shoulders, and an upraised right hand flipping off the photographer. The conference organizers had proudly boasted this would be the man’s first appearance in ten years. Dane refused to miss this one chance to meet the man. T.S. McKellen was the reason he had become a mystery writer himself, and he needed to thank the man and offer to buy him a drink.

The fact that his agent had signed him up for the book-signing on the last day of the event was secondary. Dane just hoped the books the publisher had shipped had arrived to the hotel on schedule, and that whoever was in charge of guest mail hadn’t sent them back.

After a quick stop in the first men’s restroom he came to, Dane headed for the customer service counter for the boarding pass for his new flight. Then, with ticket in hand, he made for the gate his flight would leave from. With luck, he would be able to find something to eat along the way.

Dane wasn’t overly hungry, but if he did not eat, his blood sugar would crash. The last thing he needed while away from home was a sugar crisis, which would inevitably lead to a migraine, or worse. The pain, nausea, and need to be in a black, silent box would cause him to miss the conference. No, it would be better to eat now and save the snacks packed in his carry-on for later. He knew he would eat them at some point over the next few days.

So caught up in his internal debate, Dane only peripherally noted a man brush past him. A scent that he could only describe as a spicy, exotic, and wild caught his attention.

It took only a second for his brain to snap to attention. At the same time, his libido jumped from zero to interested. Turning, he looked for the owner of the scent. It was a testament to Dane’s wildly changeable-in-an-instant luck that there was a momentary lull in the endless parade of people traversing the concourse.

There. The man who had just brushed past him.

Dane dragged his carryon in a circle then began race-walking in the hopes of keeping up with the only man he had ever seen brave enough to wear a kilt while flying around the United States.

The kilt-wearer walked—no, prowled—through the airport, much like a lion on the hunt for his next meal. Dane struggled to keep up without actually looking like he was stalking the man ahead of him. As he walked, Dane made mental notes. As soon as he had the chance, he would write up a character description because this man would definitely show up in a future book. Hell, he might even come up with a new mystery series starring such a badass character.

If only he could have talked to him. Then he would have been able to round out the hot, sexy character that was coming together. The man kept going, not aware that Dane was behind him.

Then Dane lost him in the thickening crowd. With a sigh of resignation that he would now have to build the rest of the character without seeing more than the back of the tall, broad-shouldered man, Dane stopped in the middle of the human flood that parted around him.

After watching for another minute with a silent prayer the man would come back this way, Dane finally gave up. 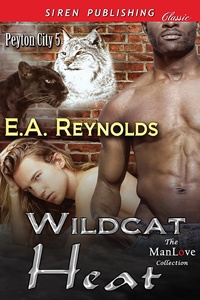 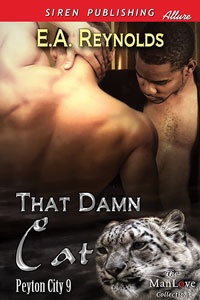 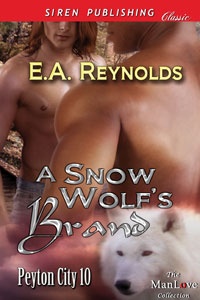