Teaching Carol (A Story for Submissives and their Masters)

Women who love being told what to do, who love being controlled, used and humiliated for their Master's pleasure--or those who only fantasize about it--will find a soul mate in Carol. Men who enjoy being sexually dominant will wish they could be Jonathan, who makes Carol his personal property. This twelve chapter novella takes the reader deeply into the heart and mind of a young student-teacher in her journey from innocence to complete and enthusiastic submission to her Master. What begins as a casual flirtation quickly leads Carol into a series of erotic experiences which frighten her with their intensity...and then fulfill her in ways she'd never dreamed of. And in the process, her life is changed forever. 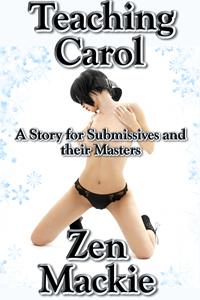 Teaching Carol (A Story for Submissives and their Masters)

It was dusk, nearly dark. A warm, late-September evening. Carol and I were sitting on top of a picnic table near the reservoir; she in the center, her feet on the bench, and I behind her with my legs on either side of her as I massaged her shoulders.

We didn't know each other that well, but there had been a slow flirtation going on and we had somehow decided to take a walk together and wound up here. She was small and dark--her last name was Spanish-sounding--and her petite figure looked very girlish in what seemed almost like a pre-teen's white party dress, plus clunky sneakers and knee socks. She certainly didn't appear to be a particularly sexual person; in fact she seemed rather shy and virginal, in manner as well as dress, and I believe she was, basically. When I made a slightly off-color joke she smiled and blushed, looked down, and said, "Jeez." And yet there must have been some quality about her, some hint of submissiveness, because I just knew somehow she would let me do whatever I wanted.

As I massaged her shoulders I was telling her how much I liked touching her and apologizing with humorous insincerity for my inability to keep my hands to myself. She accepted my apologies with laughing graciousness and did nothing to discourage me.

Even though it was fairly dark, there were other people not too far off so I pointed at the silhouette of some trees near the shore and said I wanted to go over there. She agreed and laughed a little nervously when I picked her up in my arms and began to carry her over to them. The back of her dress was hanging down where her knees were hooked over my arm, and I think we were both aware that the backs of her thighs were pressing against me there.

I'm sure she hadn't been planning to get sexually involved with me. When I put her on her feet in the shelter of the trees and pulled her to me, she put her hands against my shoulders as if to push me away and said, "Jonathan!" in a way that made me think her next word would be either "No!" or Stop!"

But when I kissed her, she offered no resistance, opening her mouth to my insistent tongue, her hands now holding tightly to my shoulders. This was even more of a turn-on for me: 'I shouldn't do this, but I can't resist.'

I wanted to see if it was true. I pressed her back against a tree and, without removing my mouth from hers, began fondling her left breast through the stiff, ruffled fabric of her dress. Again, no sound of protest, no hand plucking at my own.

I decided to push my luck and put both my arms around her waist again before easing my hands down onto her behind, then bending my knees just enough--and she bent with me--to slip my hands under her dress, up the backs of her thighs and onto her behind again, now caressing it through the fabric of her cotton panties.

I couldn't believe it. I knew she thought she shouldn't be letting me do any of these things, and yet she was doing nothing to stop me. And I certainly wasn't planning to stop unless she did.

Still probing her mouth with my tongue, I brought one hand around and slid it between her legs, fondling her there. We were both breathing heavily by then, but she made no sound, beyond the occasional small whimper.

Even when I pulled my mouth away from hers, dropped to my knees in front of her and lifted her dress, she said nothing, did nothing.

When I began to kiss and nuzzle the mound between her legs.

When I reached up, letting her dress fall over my head, and pulled her panties down to her ankles.

When I lifted first one foot, then the other, to remove her panties completely, and spread her legs apart so that I could lick her there.

Her pussy was moist, and became more moist as I licked, but still she made no sound, either of enjoyment or of protest, until finally I stopped and stood up, picking up her panties as I did. I tucked them partly into my pocket before putting my arms around her waist.

By now it was so dark that I could barely make out her face. She let me take her into an embrace, putting her arms around me and resting her head on my shoulder. Then, finally, she spoke. Her voice contained both surprise and relief as she said, "You know when to stop." 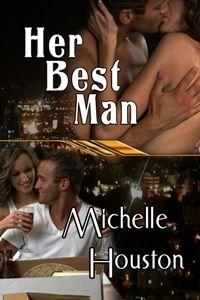 Swimming with Penguins
Charlie Richards
In Shelf
$3.99
Tweets by
sirenbookstrand