Claire is the women’s basketball coach at a southern university. She is so focused on her job that her love life has taken a back seat until she is asked to be in a bachelor/bachelorette auction to benefit the university. Imagine her surprise when tall, handsome, rich Jackson Picard pays $10,000 for an evening with her. 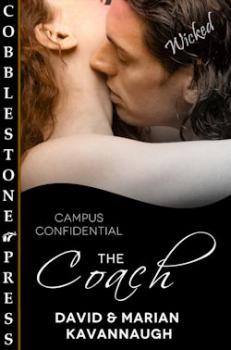 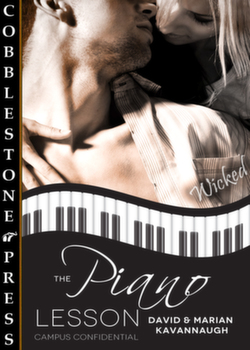 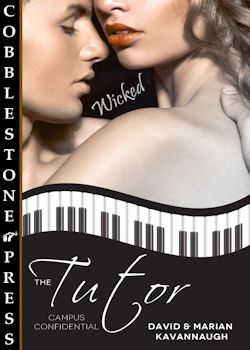 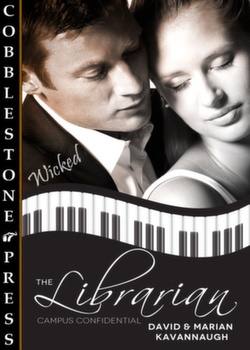 I blew my whistle to end practice. “Okay, ladies, have a seat.” It was time for my traditional post-practice assessment of what was swiftly becoming a powerhouse, collegiate, female basketball team. During these assessments I used the old Dale Carnegie method by saying something positive at the beginning, laying out all the bad stuff in the middle, then ending with something positive. It made a nice psychological sandwich.

“That was the most energetic playing I’ve seen from you all season. Bring that energy with you to the game tomorrow night and we’ll send those girls from upstate home licking their wounds.

“On the other hand, Dixie was able to steal the ball three times this afternoon. Is Dix that good, or did something else happen?”

I smiled at Dixie and said, “She really is a great ball-stealer, but that’s not what happened. Dix. How did you do it?”

“It was easy. There was nobody guarding the ball-handlers.”

I scanned the faces of the team. “And why was nobody guarding the ball-handlers?”

“I’ll tell you why. We’re getting careless. Yeah, I saw lots of energy today but there was no focus. It looked like a bunch of high school boys playing a pick-up game. Energy is great but it’s no good all by itself. So remember your assignments and stay focused.”

I looked down at my clipboard and called out, “Covington, stand up!” That elicited a chorus of Oo’s from the team as a wide-eyed sophomore stood up. “What’s that on your thigh, Covington?”

“I see that chili-cheeseburger and fries you had for lunch today.” That one inspired snorts and general laughter.

Bug-eyed, Covington asked, “How did you know what I had for lunch today, coach? You weren’t there.”

“Covington hasn’t heard the song. Let’s sing The Coach for her, ladies.”

My girls were outstanding basketball players but their singing sucked. Nobody gave a starting note but, somehow, they all sang more or less together, She sees you when you’re sleeping, she knows when you’re awake, she knows if you’ve been bad or good, so be good for goodness sake.

When the laughter died down, I shouted, “Okay, hit the showers before the stench makes me sick!”

Just to be sure she was okay with being singled out, I walked over to Covington. She was still laughing, but she looked up and said, “Got it, coach!”

I smiled and headed for my office.

I prided myself on being able to discover weaknesses in my opponents and then capitalizing on those weaknesses. That meant spending time watching game film of the team we were to play the next night. We were playing a solid team so we had our work cut out for us. I was reaching for another cup of coffee when the phone rang.

“Good morning, Coach, this is Beth Navarro, Director of Development. Did I interrupt anything?”

“Hi, Beth. Just watching some game film. What can I do for you?”

“Before I ask you for the favor I’m calling about, may I ask if you’re seeing anyone right now?”

“Seeing anyone... Dating someone. I know you’re not married but if you’re seeing anyone I won’t even ask.”

“Excellent. You know the university president is single, too, right?”

“Where are you going with this?”

“It was actually his idea.”

“Is pimping for the president in your job description?”

“No, no, no! That’s not it at all. Do you remember back in the fall when the paper ran a series on the ten most eligible bachelors in the metroplex?”

“Six, actually. He suggested we have a fund-raiser where we auction off dates with university faculty and staff, obviously ones who aren’t married or in a committed relationship. He’s willing to be auctioned himself.”

I saw where this was going. I didn’t like it.

“We made a list of faculty and staff we knew weren’t married and weren’t seriously seeing people. Your name is on the short list.”

“Sure. Why not? Even when you’re on the sideline screaming at your players you’re attractive. Are you in a relationship right now?”

“No. I don’t have time for relationships.”

“Please, Coach. The president asked me to invite you to participate so I’m sure he’d consider it a big favor for you to play ball on this. No pun intended.”

“Let me think about it. We’re right in the middle of basketball season and I don’t have time for a lot of extra stuff.”

“I can respect that, but don’t take too long to decide. We have to put the names of everyone we’re going to auction off in a letter that will go out next Wednesday.”

“I’ve got an important game tonight, so give me until tomorrow afternoon to decide.”

I waited through a slight hesitation on Beth’s part. That pause made me even more nervous.

She said, “One more question before you go.”

“It doesn’t matter to us, but it’ll matter to the people doing the bidding. Are you gay or straight?”

As much as I tried to keep my mind totally on coaching that night’s game, the whole auction had me distracted. When was the last time I had a real date? Had to be nearly six months because it was that fix-up during Christmas break.

When was the last time I was in a relationship? The most recent one ended last summer when Ted, the tennis coach, took a job two states away. It’s not like we were in love or anything, but he was cute, fun, and dynamite in the sack. I hadn’t slept with anyone since then and had occasionally wondered if my libido was completely gone or just lost beneath all my coaching duties.

I still wasn’t sure that selling myself was the right way to get a date, but it was for a good cause and I guessed I could take one for the team. I just hoped I wouldn’t embarrass myself up there.

The next day, I called Beth and told her I’d participate in the auction. Then I had two weeks to transform myself from Coach Hammond, the scourge of the Southeastern Conference, to Claire, the most desirable woman at the university, though, with only two weeks to prepare there was a limit to what I could do.

My 160 pounds actually worked well on my six-foot-one-inch frame, as if I could do anything about that.

But my hair? Ugh!

Two weeks before the fund-raiser I received an email with a detailed list of what to do, what not to do, and what to expect at the auction. It turns out Beth had paid her way through college and most of her master’s degree by winning a long string of beauty pageants then graduating to pageant management, so guiding a small group of university teachers down a runway was a piece of cake for her.

There were instructions on what to wear and what not to wear. Other instructions included: smile, don’t look down at the runway; look at the audience; acknowledge each bid with a wave or a thank you. The talent, as she called us, would be mixed in with the guests during dinner so they could get to know something about who they were bidding on before the auction started.

The auction was held in the dining room of our university’s School of Culinary Arts, so the food was excellent, much better than the rubber chicken fund-raisers I normally attended.

“Next up is the woman who led our women’s basketball team to its best season in history, Head Coach Claire Hammond!”

My walk to the runway was accompanied by enthusiastic applause. As I stepped onto the catwalk, Beth gave a quick rundown of my life, including my education, athletic career, and coaching record.

A gruff voice from behind me shouted, “A dollar-ninety-eight!”

Turning toward the voice, I saw the head coach of the men’s team standing and waving two one-dollar bills while his wife buffeted him with a napkin. Loud enough to be heard over the laughter, I smiled and said, “That’s okay, he’s just mad because my team finished ahead of his in the polls.”

From across the room came the first real bid from a local alumnus who had a successful law firm in town. “Five-hundred!”

I waved to the lawyer as Beth rejoined the fray. “Oh, come on, gentlemen, Coach Hammond gets more than that for a speaking engagement.”

This was quickly followed by bids of first seven hundred and then a thousand dollars from men I had never met nor even seen on campus. Beth egged the bidders on, hoping to squeeze a little more out of the basketball nuts in the crowd.

So far, the highest winning bid had been fifteen hundred dollars for the young theatre professor who would be spending an evening with a spirited white-haired lady who had married money.

I was gratified to hear a twelve hundred dollar bid from a delightful older man who had been sitting at my table and who seemed to understand the finer points of basketball.

Beth was about to bring down the gavel on the bid when a voice rang out.

There was a collective gasp from the audience as everyone turned to see who had made such an extraordinary bid.

The bidder, standing beside the president’s table, was easily six-four. Our eyes met across the room and without looking away, the long drink of water said, “That is, if Coach Hammond wouldn’t mind.”

Before I could either agree or object, Beth slammed down the gavel. “And the winning bid is ten thousand dollars by Mr. Jackson Picard!”

I tore my gaze away from his and stepped off the runway so I could make my way through the tables to find out who Jackson Picard was and why he had just spent ten thousand dollars to spend a few hours with me.