The Dom of Peculiar Places (MM)

Twenty years after the Outlaw MC series, their children may not know the cost of war but they will know terror when Mars starts to reject humanity.

Get the lube, bring the blindfold, and don’t forget the restraints. Roark doesn’t play, he takes control. And when Roark finally gets Henry under him, not even a dying planet will stop him from finding his sticky, happy ending.

The Dom of Peculiar Places (MM)

“You scared the hell out of me when you collapsed.” I grasped his ass cheeks, one in each hand, and squeezed. “If you ever lie to me again…” I left the threat unsaid.

“Damn right, you won’t.” I didn’t fucking tolerate that shit. And yeah, maybe I felt a bit guilty about pushing him so hard. I reared my hand back and smacked my palm against his right cheek.

Henry flinched, his head fell forward so his forehead pressed against the door.

“I told you I was going to spank you for that mouth of yours.” I struck again, palm to ass, softer than I normally would. My lovers usually left walking funny and unable to sit down. Okay, so I’d only had four, hey, I was only twenty, but they all had done the funny walk home instead of staying at the clubhouse. “Apologize to me.” I gave him another whack in the same spot.

One more and I slid my fingers between his cheeks to tease his hole. “How sorry are you, Henry?”

“Roark!” He groaned, shifting his hips and moving closer to the door.

I grabbed his hips, dragging him farther away. No way was he going to rub his cock on there. “Your dick is mine, Henry. You don’t come unless I tell you to. You don’t even fucking think of touching yourself. Understand?”

He nodded quickly and balled his hands into fists.

I gave his left cheek another spank and then shifted so I could make the right one just as red. I hit the fleshy area twice in rapid succession before Henry jerked forward. “Did I tell you, you could move?”

Henry whimpered and shifted his ass back out. A blob of pre-cum splattered on the floor.

I pinched his cheek before another slap. “You take whatever the fuck I decide to give you.”

Damn, he was as turned on as I was. I spanked him again, over and over until each slap with my palm made him jerk. “Totally uneven,” I muttered, returning to the right. I whacked his cheek, letting the sound surge me on. I wanted to fuck him so hard, so deep, for as long as I could fucking stand. I grabbed each cheek, squeezing hard as I eased them apart. His hole winked at me, and I lowered to my knees. “Beg me, Henry.” I blew a breath over his hole. “Beg me to touch you. To lick you.”

I jammed by thumb into his hole, and he let out sharp hiss.

“Good boy.” I pulled my thumb out, gave it a good spit and then gently eased it back in. I fingered him as I opened my mouth and slid my tongue over his reddened flesh. My thumb opened him, spread him. I kept pushing it deeper as I kissed along his ass crack. When I pulled my finger free, my tongue took its place. I rimmed his pretty hole, sliding along the skin and hearing him gasp only urged me on.

“Sir. Oh, Sir,” he muttered, his head hanging between his arms.

I nipped at the skin and then shifted to my feet. “You want to come, Henry?”

“Too bad.” I gave him another softer slap to his ass and then spun him around. I grabbed his cock, wrapping my fingers around the girth and holding tightly. “You have to convince me, Henry. Why should I fuck you? Why should I let you come?” 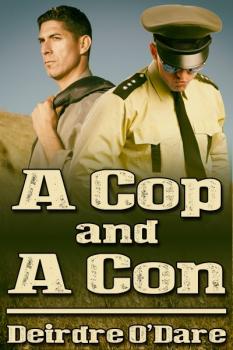