All That Shatters (MM)

This is the end of the Outlaw MC on Mars.

Elric is the classic good guy, always doing the right thing and always coming in last. An attack from a trusted friend leaves Elric broken, shot and on the verge of death. His biggest regret is not warning his club that a rat is heading toward Earth, about to kill a member of the Outlaw MC.

Max is a simple mechanic with a big problem. He’s afraid of flying so when the ships leave for Earth he stays behind, content to die with the big red planet. But then he finds an injured Outlaw member.

Now it’s a race to get off the dying planet and save the club. Can they return home before all they love is shattered?

All That Shatters (MM)

“No? I thought that’s what we were doing.” I pulled off my shirt.

A shiver ran down my spine. I stood up, opening up the buttons on my pants as the clouds of night concealed us on the roof. The pants slide down my legs and I kicked them away.

Max grabbed them, laying them on the ground along with my shirt. He then took off his own, adding it to create a makeshift blanket. He leaned forward on his knees and kissed my thigh. “Get down here.”

I rushed to my back, staring up at him with the fading light behind Max. I tugged on my boxers, releasing my pent-up erection.

Max knelt beside me, sliding his hands along my hips and gripping my cock. He held me firm, stroking to my tip, then letting go. His thumb brushed over my slit, again and again and again. He kissed my side, where the red angry mark was all that remained from the gunshot. He kissed under my chest, where my ribs had been fractured. Max laid beside me. He lifted one of my legs, hoisting it over his body, then slid his palm along my thigh. I flinched when he dragged a finger over my hole.

Max snatched something from his pants pocket.

I arched an eyebrow at the contents. “You always carry lube in your pocket?”

“You know the saying, hope for good, prepare for better.”

“Shut up and let me make love to you.”

I licked my lips and waited as he opened the package and squirted some onto his fingers. He pressed his thumb back against my hole. I stared up at the stars slowly forming as the light dwindled to nothing. His finger eased inside me, and did that feel good. I’d fingered myself before but it was completely different when someone else was doing it. He used two on the next thrust, and I groaned. My dick was already rock hard, and this would only make me blow faster. I arched my hips and wiggled a bit.

Max pulled out and returned with three fingers.

It stung a bit from the stretch but, fuck it all to Earth, it was a good pain. I reached out and tugged on his hair, then kissed his shoulder. It was the only part of him I could reach without getting up. He fingered my ass, three big digits spreading me. The lube was surprisingly warm against the cooled night air.

Max pulled out and pushed me to my side.

I heard the squirt of lube as he lay behind me. My breathing was getting heavy, both from nerves and excitement. I was about to let a man go where no one ever had before. 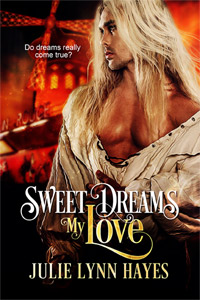