Twenty years after the Outlaw MC series, their children may not know the cost of war but they will know terror when Mars starts to reject humanity.

President of the Outlaw MC of Mars has a son—one that matches his temperament and the ability to find himself in trouble. Arie likes the notoriety a biker club offers, but being the oldest son of a founding member are big shoes to fill. When a quake makes the sleepy city on Mars rumble, Arie and his best friend Kavin are drinking in an off-limits spaceship. An unexpected kiss, followed by the quake, makes for one hell of a mistake. They take off without any ability to control the ship. Their destination? Earth.

There’s a lack of clothing, earth animals, and a growing relationship that leaves Arie confused about his future, but none of that compares to the dangers. Arie must now face a beast that nearly killed his father, and a love he never saw coming.

“I can’t believe you just sucked my dick.” He shivered. “I think we may have died in the crash and this really is paradise. I found it in your beautiful mouth.”

I snorted and stood. “Leave it to the gay guy to recite poetry after getting his cock wet.”

Shit, he was right. Didn’t that constitute as gay? Did it really matter what label I gave myself? Here, not so much. I licked my lips and pulled my shirt over my head. “Care to reciprocate?” I really, really wanted to get off. Thinking of Kavin doing the deed just made my cock harder.

He grinned. “Sit down and shut up.”

I placed my hands on my hips. “You keep bossing me around, and I’m going to get all crazy dominant on you like Whip with his fucking toys.” I grinned and opened the buttons on my pants. Toeing off my boots, I slowly slid my pants down and stepped out of them.

Kavin watched me, silently and openly. “I can’t tell you how many times you took a piss, and I watched out of the corner of my eye.”

“I am fucking irresistible.” I grinned. Really though, I guess I was kind of average. I had foreskin just like him, his was a bit wider, but we were nearly the same length. My balls were bigger and didn’t hang so low. They were tight to my body, filled to the brim and begging for release.

“Would it be creepy if I said I just want to sit here and watch you for hours?”

“A little,” I said but smiled. I sat in the pilot seat, catching sight of the sunset through the window. It was fucking stunning. I was momentarily distracted by the various colors spearing through the trees. Red, orange, yellow, and some soft pinks. They danced over the green leaves as the light dimmed. Kavin blocked my view for a moment. He stood in front of me naked, his cock dangling as he shifted to his knees. “This should be weird though, right?”

“Not for me.” He slid his hands along my hairy thighs.

I leaned back, my gaze shifting from Kavin lowering his mouth to the sunset behind him. His open lips pressed against my abs muscles that clenched. I had a nicely formed six pack, Kavin rubbed his tongue along the dips and curves. His green eyes rolled up to stare as me as his hand wrapped around my dick. Fuck, did that feel good. I even liked the slightly scratchy feel of his stubble on my skin. He stroked me from base to tip and it sent a shiver up my spine. So this is what it was like to be with a man, with Kavin. Better than I could have imagined. It was relaxed, not so much about performance but more pleasure. He stroked his tongue along my thigh and prodded at my balls. Oh, very nice. The colors of the sunset began to soften and blend. His lips slid along my shaft, slowly working their way to the tip. The speed made my toes curl and my breath hitch. Then he tugged at my foreskin with his tongue. Oh, hell, I was going to embarrass myself and come too fast. It sure felt like I would. His mouth closed over my tip and then he started to lower. My cock head skimmed along his tongue and bumped the back of his throat. “Fuck!” I couldn’t control the jerk of my hips.

“Good?” Kavin asked when he pulled up.

“Great.” I managed to say though it was kind of muffled by the blood leaving my brain and filling my dick. “Oh.” I shifted a bit as he took me deeper into his mouth. Sucking as his hand slid between my legs and rubbed over my asshole. The colors outside the window dimmed further. Dark shadows began to fill the areas between trees. I could still see the sunset though it was hard to focus on it. My body was literally fighting for control as Kavin took my shaft completely in his mouth. “Sweet fucking hell!” I shouted, thrusting upward and holding the position. I was fucking drowning him in cock, but he held the position letting me savor the feeling. Then I dropped my hips and Kavin gasped for breath. There was a soft smile on his face as he opened wide and my cock glided into his mouth. His thumb pressed against my back hole, this time breaching the tender perimeter. I cried out, sensations exploding, words failing, breath held. His thumb eased carefully inside my ass as he took my dick all the way. I was going to blow. I was going to die from fucking lack of oxygen. I inhaled, gasped, sputtered then jerked my hips upward. My hands landed on Kavin’s head. I held onto his long hair, forcing him to stay there, to hold me in his throat. He swallowed a few times, and his thumb pushed in and out of my ass.

I exploded in a massive orgasm. Cum rained from my slit and filled Kavin’s mouth. He swallowed, I felt him do it, but still some seeped out from his lips and down my shaft. His thumb penetrated, pushing in and out as my world burst apart at the seams. Never in my life had an orgasm thrown me so hard into such a solid object. I came down slowly, gasping and my cock fucking twitching. I didn’t even know what to say as Kavin whipped my spunk off his face. “I think I lost a few brains cells.” I managed to speak as my muscles stopped clenching from the sheer intensity of the orgasm. “That was fucking beautiful.”

Kavin smiled, blushing slightly as he stood. He kissed me. It was quick, but he lingered.

That’s when something big slammed against the side of our ship. 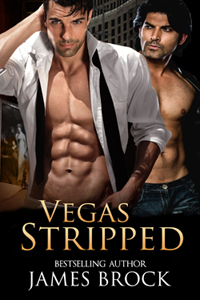