The Three of Us

When Deborah’s daughter Caroline brings her fiancé Lily home to meet her, Deborah is shocked to discover that Lily is a woman from her past…a past she’d rather forget. Will Deborah’s long ago actions destroy the close loving relationship she’s always shared with her daughter? 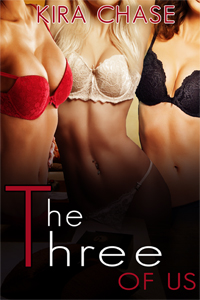 The Three of Us

Deborah Jenkins stared at her laptop screen, a frown crossing her tense lips. “Come on,” she pleaded with annoyance as her fingers tapped the keyboard. At last, the screen filled with several links for local antique auctions and dealers. She scanned the list and then chose a dealer who had just what she was looking for. She clicked the link for side tables, and soon, the screen was crammed with thumbnails. She spent several minutes probing the pictures as she read the descriptions until she found one that looked like the perfect fit. She scrutinized the features of the table and jotted down details about it in a large notebook she kept next to her keyboard.

Her cell phone rang. She glanced at the name on the display, and then anxiously picked it up. “Hi, sweetheart. Is everything all right?” She swept her short black hair from her brow. Her daughter Caroline never called this time of the day. She tried to steel herself for the bad news she assumed was coming.

“Hi, Mom. Everything’s fine. In fact, it couldn’t be better. That’s why I couldn’t wait to call you.”

Deborah, reassured, exhaled. Caroline’s bubbly voice relieved her fears of some impending doom, but now piqued her curiosity about the news her daughter was about to share. “You sound like you’re about to burst. Did you get a promotion?”

“It’s better than that,” Caroline replied. “I thought I’d come for a visit. There’s so much I want to tell you.”

“Oh, honey! That would be wonderful! It’s been too long since I’ve seen you.” She paused. “Won’t you at least give me a little hint about your news? I don’t think I’ll be able to wait until I see you.”

Caroline hesitated. “Okay, but just a little one.” She laughed softly. “I think I’ll burst if I don’t tell you now. I’m so happy. I can’t remember the last time I felt so happy.” She paused. “I met someone, Mom. I want you to meet her.”

Deborah was disappointed. She’d hoped to have some alone time with her daughter. She missed her. After Caroline had left their suburban New York home several years ago to accept an offer in Boston which would further her career, her visits had been infrequent. In addition, Deborah’s own work demands made it impossible to visit Caroline as much as she would have liked. Consequently, their contact had more often than not been reduced to emails, texts, phone calls, and an occasional web cam chat. Deborah missed the in person contact, but was grateful that she had a healthy relationship with her daughter. Many of her friends and acquaintances often complained about how little contact they had with their children once they were grown and out on their own. She was fortunate that Caroline always kept her abreast about the goings on in her life, and, in turn was as eager to hear about her mother’s career. This news, though, bothered her. Why had Caroline kept this from her? After all, this was a major event.

“Is it okay if I bring her with me, Mom?” Caroline continued.

She couldn’t recall the last time she’d heard such joy in her daughter’s voice. “Of course it is,” she replied quickly masking her disappointment. “I’m just surprised with your news. I didn’t know you’d been seeing anyone exclusively. Why haven’t you mentioned her?”

Caroline cleared her throat. “You know how my past relationships have all ended up. Every time I thought I’d found the woman of my dreams, something would happen and we’d break up. I didn’t want to say anything this time until I was sure, but it wasn’t easy keeping my relationship with Lily a secret.” She sighed happily. “This time I have no doubt about Lily’s feelings for me because last night she asked me to marry her, Mom,” she squealed. “I still can’t believe it! I’ve been in a daze ever since.”

“Yes, Mom. Please be happy for me. Now I know why the other relationships never worked out. Lily is the woman I am meant to be with for the rest of my life. We have so much in common. She’s incredible.”

Caroline’s announcement threw her off guard. “Of course, I’m happy for you, honey. It’s just that your news about getting married has taken me by surprise. Give me a minute to let it sink in,” she said with a smile and then realized Caroline couldn’t see her facial expressions. “I am thrilled for you, honey,” she said mustering as much excited emotion as she could force into her voice. 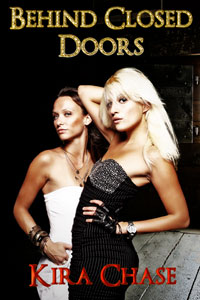