Cade’s life is about to be changed forever, but he may lose the man his wolf has chosen before he accepts it. Cade Rose is the youngest of three. When his twin finds his mate before Cade, a gnawing impatience begins to tear him apart. A disruptive urge that he can’t calm, cure, or find an outlet for. It comes to a head one dark, winter night. Looking for a fight to release the strangled tension, what he finds sends him into a terror-filled spin instead. Because he soon learns the wolf is never wrong. Dean Eckler is grateful for Cade’s help on a rare night when it all goes to hell at the bar he owns. Cade’s offered help not only saves the bar but Dean from serious injury. Invited to share breakfast on Christmas Eve with Cade’s family, he’s enveloped without question by the caring and support. When an unknown danger begins to stalk Dean, threatening his life, Cade along with the whole family have Dean’s back. Can Dean and Cade make what they found work? Will Cade find the courage to tell the truth about his family’s legacy? He’s got a lot more to lose now, and if Dean’s unknown threat isn’t stopped in time, Cade may never have the chance to take the risk.

“Anything else you need help with?”

Dean leaned on his broom. “Nah, not really.” He dipped his head, then looked up through thick lashes. “I want to thank you. You saved me and the bar tonight.”

Cade rolled a shoulder. “I wish they hadn’t been so drunk. Takes the fun out of it.”

Cade huffed with laughter. “No. Just needed to blow some steam.” It hadn’t cured anything, but it had helped. Gave him a few minutes to get out of his own head, anyway. Especially since Dean had specifically asked he not break anyone. He wouldn’t have hurt anyone, but it had required a little deeper restraint. He wouldn’t hurt someone not on the attack, unless they were already looking for a fight from him first. Even when he fought with pack, it was never to harm.

He handed off the broom. “I hope you enjoy the holiday. Got plans?”

Dean lowered his chin to rest on propped hands on the top of the held handle. “Sit at home, probably.”

Cade shrugged into his coat. “Why?”

Dean’s green eyes closed. “Long story short, I don’t have many and they’re not around right now.”

“So, what? Three days of staring at TV?”

Cade debated for about three seconds. “Busy in the morning?”

Cade smiled for him. “If I know my brother-in-law, very homemade.”

Dean scrubbed a palm over his chin. “Where at?”

“We could meet at my place. Silo.”

“That’s a bit of a drive for food,” Dean hedged, sounding less enthusiastic.

“I know.” He stuffed his hands into his pockets. “Actually, you’d be doing me a favor. Call it a trade for helping tonight. It doesn’t help that I’m the last single man standing.”

“More or less. It’s not uncomfortable.”

Dean leaned again. “But it is.”

“Yeah,” Cade agreed. “So what do you say?” He took a short step forward and froze. His nose twitched. The scent… Skin. Male.

His wolf perked up. 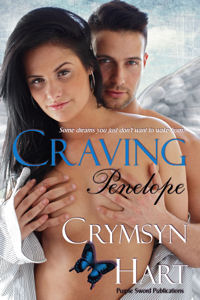