Rance is thrilled to finally meet his friend's roommate he's been eyeing via social media. One problem, the feeling isn't mutual. Hudson wants nothing to do with him and the street racing world. If Rance is anything, he's tenacious, and he soon realizes that Hudson's attitude is nothing but a shield over his heart. Winning a race is easy but earning Hudson's affection might prove to be the toughest challenge yet.

It's no secret, Hudson Maas doesn't trust easily, and over the years he's created a thick armor over his heart to keep from getting hurt again. It shouldn't matter, Rance isn't his type and no guy in their right mind would want to date him with his disability. Situations soon demand Hudson must trust the one man he shouldn't. However, depending on Rance seems to go a lot further than a ride home. 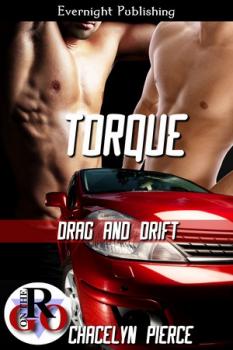 More From Drag and Drift 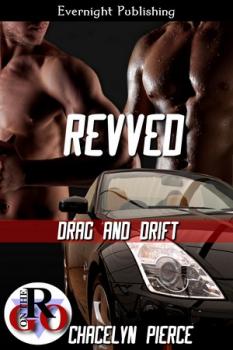 Hudson raised his chin, ready to meet Rance's gaze head on. He expected to see discrimination, curiosity, or even pity in the depths of his gaze. He had been accustomed to those emotions from people when he had to go out and about. However, Rance's blue-green eyes only held the goodwill and Hudson didn't trust him. He wouldn't trust him.

"So I've heard." Hudson made his disinterest obviously clear. Rance's eyebrows rose a little higher before he glanced at Alana. She crossed her arms with a shrug. Rance slipped his hands in his pocket, seeming less intimidating but Hudson wouldn't be fooled. They met, shook hands, now he could leave.

Rance smirked and Hudson tried not to notice the attractive lift of his mouth. "So, Alana tells me you're a software engineer."

"Yes." It didn't dignify a deeper response. To a guy like Rance, Hudson's job wouldn't be exciting, except for the money aspect. Why did he even pretend to care? Rance seemed to be playing nice but Hudson could only image it had to be a front. No sly smile and charm would change his resolve. Guys like Rance weren't attracted to nerds, especially nerds with a permanent limp. Unless they saw a profit. Hudson wouldn't even torture himself into believing he had a chance with Rance. Besides, he isn't my type.Better to nip this strained conversation in the bud and send Rance back to his side of street.

"I know nothing about you, Rance. Well, other than your illegal street hobby. Tell me, do you have a job, a real job?"

"Hudson!" Alana barked out in warning but Hudson was done with whatever charade they were trying to pull.

Rance's eyes hardened in his own defense. "I do have a job, though it doesn't seem like you care one way or another." Rance glanced down at Alana and gave her a side hug. "I'll see you later, Alana. I'd tell you it was a pleasure to meet you, Hudson, but that would be a lie."

Hudson narrowed his eyes as the male turned away a left. He'd offended him. Good. So why didn't he feel like he accomplished something? Perhaps he was too harsh and defensive. The last time a guy like Rance got the upper hand in his life, the worst happened, and he was reminded about it every damn day. Every time he fucking limped.

Alana uncrossed her arms and placed them on her hips. "Hudson, I'm starting to think you're going to be alone the rest of your life."

He started to believe it himself and that revelation seemed to scare him more than the man walking away.