Idara has spent her life avoiding confrontation, entanglements and living for herself. When a work-related incident ends her life, a handsome dark elf is there to catch her and whisk her into a new one. Joining the Nameless is strange enough but finding out that the Orb of Time has a special assignment for her to mess with destiny, changes her from one of the guardians of time and into a prisoner.

Harken felt her life resonating with his the moment that he restarted her breathing. Trailing after the shy Terran takes his normal duties from normal to ridiculous, and he couldn’t be happier.

Pain was rippling through her throat and lungs, but with each breath, Idara felt vastly better. “What happened?”

She looked around, and the three persons who had attended her receded out the door, leaving only the man who had been watching her, staring at her with a curve on his inky-black lips. In fact, now that she could see him, all of his exposed skin was the same black velvet as his jaw line.

“Who are you, and why have you been following me?” Her voice was a croak.

“I will explain all of that in time. Do you wish to change clothing? I can obtain something for you.”

She touched her throat and swallowed with effort. “Please. I don’t want to wear this livery after what they did.”

Struggling to stand, she fought his hands and instead tore off the hated clothing of the Skiilar prime family.

Her companion stared at her in shock. “Um, I will go and get you some clothing. There is a lav to the left if you want to have a shower.”

She perked up, “Real water?”

To her consternation, he glowed brightly and then disappeared.

Naked, she pattered into the lav and scrubbed her skin from head to toe under hot water, removing all traces of the Geenari’s hands and the noxious perfume she had been forced to wear.

Idara didn’t know where she was, but she was certain that her life had just taken a particular swing in an upward trajectory. 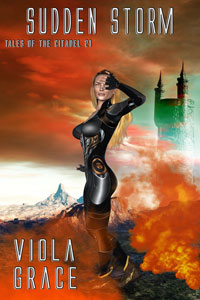 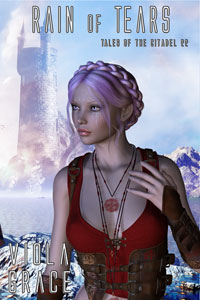 Break for Home
Viola Grace
In Shelf
$3.99
Tweets by
sirenbookstrand