Sweet Strawberry by Ana Star Misha has a secret crush on Tania. Every time she helps her out with her reading assignment, she dreams of making love to her. Will her dreams become a reality? Oranges For Apples by Millie Andersen Mirka and her boss have something going on. They are both attracted to each other but they are opposites and out of each other's league. Will something this forbidden be worth consuming? 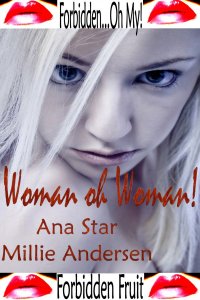 The tall blonde peeked out, smiled and said, “Hi, come on in.”
The sweet fragrance of strawberry filled my nostrils as I passed by her. I inhaled deeply to absorb that wonderful aroma. Of all the edible delicacies, strawberries are my favorite. I removed my old skater shoes and placed them next to other footwear of the household. Before I got up, I glanced at Tania to examine what she wore; a royal-blue turtle neck and a sand-brown suede skirt. She even had a matching blue hair band wrapped around her pretty blonde head.
“You look nice, going on a date?” I said, running up the stairs.
“Not unless you call studying a date,” Tania said, following me.
I stopped right next to her bedroom door and waited for her to enter first, so I could check out her hot, round ass.

“What’s that… apple pie?” Mirka smirked at the sight of her boss and her fresh baked pie. She always said the first thing that came to her mind, she loved apples and since her boss hated them, it would've been a nice change of pace at the office where they worked.
Sour green, red juicy or just about any yellow apple could brighten Mirka's day, after being confronted by her co-workers or co-whores as she secretly called them, when they bothered her at the water cooler.

"So… Mirka likes apples?" Thelma joked, "What does the boss like, Mirka?"
"Well definitely no apples or any of those round apple cheeks you have in the back," Lester joked back.
Mirka would take her cup and fill it with water before turning to Thelma and Lester. Her voice would be rough for not speaking up to her aggressors, but she feared her throat would hurt far more if she swallowed her words day in and day out.
"Let me guess, you guys like oranges because you like butt-kissing your boss?"
Thelma got serious. "Not for long. She's my kind of woman and you will never measure up."
"And I would love to watch," said Lester, his eyes dark in anticipation for just the thrill of the fantasy. 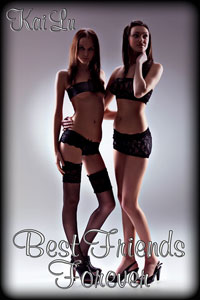