His ultimatum is a sexual eye-opener for her.

Wendy Williams was groomed from birth to be the perfect daughter and eventually become a trophy wife. Her parents' grand plan for her took a detour when Wendy met the man of her dreams, Elijah Dickens. He's hot and she's hot for another go across the mattress with him.

Heat Rating: Sextreme
Word Count: 9,500
4 Ratings (3.5)
BDSM Menage a Trois/Quatre Multiple Partners
In Bookshelf
In Cart
In Wish List
Available formats
PDF
HTML
ePub
Mobi
Cover Art by Buffi BeCraft
Reviews
This is a short story, although the word count is supposed to be 95,000 ?
Its a quick paced sex scene.
sarki
An interesting short story--probably best described as a literary "snack" and one that is beautifully written. I enjoyed it, but was sorry it was so short. All the characters seemed to be well crafted, and I liked the genuine caring expressed toward this woman who was so torn between her family's "programming" and her love for her "wolf." A very nice way to spend some lunch time break or a short read for a tired evening. Haven't read anything from this author previously, but found the writing to be very good.
Dr. J
Read more...
Excerpt

“Come on. Get over your funk, girl,” Wendy Williams whispered. “Valentine’s Day sucks.” This year a lot more than others.

Her gaze roamed over her living room. Nadda, zip, zilch that even remotely related to being in a long-term relationship met her gaze. There wasn’t a picture of Elijah hung on her wall or taking up space on her mantel. She picked up the pillar candle she’d bought at a fancy boutique and breathed deeply of the heady sandalwood scent.

The memory of buying the hand made candle came forward. She’d been out with her mom, shopping for Christmas presents when they stumbled across the boutique. Her mom was on the hunt for something very pricey for her uncle, while Wendy was trying hard not to bitch about how bad her feet hurt. She’d ignored most of the kitschy knickknacks when she’d caught a whiff of a scent that was so close to Elijah’s she couldn’t resist purchasing it.

Her mother had clucked her tongue and said something to the extent of, “evergreen or cranberry is more festive.” Of course her mom had sent her an askance glare when Wendy didn’t immediately put the candle back and purchase one of the scents suggested.

She swallowed hard against the knot of emotion forming in her throat. In a few short years she was expected to lie down and marry whichever man promoted her Congressman father’s career. Her happiness be damned.

In the past she always laughed off her friends comments, but her reality was much more hurtful. She wasn’t just groomed—hell no—from birth she’d been put in a gilded cage and informed in cold terms she would sing beautiful songs on demand and look fantastic or there would be hell to pay.

“I didn’t ask for this.” Yes, and I didn’t ask to meet the man of my dreams when I was in a traffic accident either. A small smile lifted the corners of her lips. Elijah had had his hands full with consoling the sixteen-year-old girl who’d reared-ended her while trying to take her statement. It was when he flashed a smile during a candid moment that she found herself really entranced by the tall, dark skinned policeman.

He became the focus of her private fantasies for the next few months. Then, by chance, she’d bumped into him at a bar, and voila, they were seeing each other.

Compared to most of her other relationships, theirs wasn’t half-bad as long as discretion was maintained. In the year she’d seen Elijah Dickens, she’d seen him at his best and worst. He was kind, caring, and considerate. Everything she wanted in a boyfriend. She couldn’t even bitch about their sex life except that maybe he was insatiable. But, then again, she figured most twenty-seven-year-old guys were geared for banging.

The big problem standing between them was her parents, specifically her father.

Unlike Wendy’s affluent parents, Elijah’s mama was a boisterous Latina with a quick smile and the temperament of a grizzly bear protecting her cubs should someone insult one of her six kids. His dad could trace his roots back to the slave markets of Charleston. He’d put himself through college and didn’t find anything wrong with his job as a community organizer. There was so much unconditional love in Elijah’s family that for a while Wendy was jealous of the Dickens brood.

She set the candle down on its plate and strode for her living room windows. In a sick way, she was cheating Elijah out of what a real relationship was supposed to be. By trying to have the best of both worlds while not rocking her family’s conservative ideology, she was cheating herself.

She knew it, and so did he.

And, finally two weeks ago he’d given her the ultimate ultimatum. Either she was all in or they were done. Personally, she didn’t blame him for reaching the limit of his patience with her and her folks. She was pretty sick of sneaking around too.

“On Valentine’s Day, you have to give me your answer,” he’d said to her before walking out her backdoor the last time he’d stopped in for a good fuck. “Believe me, Wendy, I love you, but I have had it with all these covert maneuvers. Think about it, and on Valentine’s Day I want an answer.”

She still didn’t have one. There were too many tangents to consider. Too many things to weigh. She just didn’t know whether or not the risk was worth the effort.

Sighing, she pulled the lace curtains back to stare at the full moon hanging heavy in the sky. A few wispy clouds worked their way across the inky backdrop and shrouded the glowing satellite from time to time. This is a night made for lovers.

She also recognized Elijah was breaking with his freaky tradition of staying away from her when the full moon rose. Even if he wasn’t on patrol, he’d call her but wouldn’t set foot in her apartment. A tingle of passion curled in the pit of her belly. The man certainly knew how to get her hot over the phone. He’d pushed her into thinking outside the missionary position to fantasize about hot sex. Toys. A little bondage. Yes, she’d gone there with his avid prompting.

It was weird, his departure from her life for one night a month, and she wanted to joke with him about it. How many times have I wanted to ask him if he is a werewolf or something like that? Too many. She’d almost actually gone through with her teasing on a few occasions, but with their relationship being clandestine by her request, she figured he was allowed his own idiosyncrasy.

Two friends she trusted above reproach called her silly and stupid for even debating sticking with a good man. She’d made a decision after taking their advice to heart, to damn her family if they didn’t approve or accept Elijah. Yet, the moment her mother called to ask her if she was going to some fundraiser, the doubts filtered back in.

Not in her wildest dreams could she picture Elijah at a GOP fundraiser.

God, please tell me what to do. 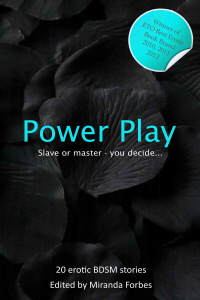 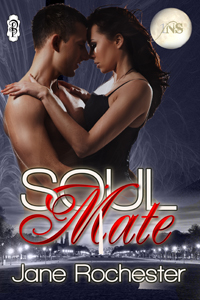