All That You Are (MM)

Sequel to All That You Do

Gage Kimball relishes his new life in Los Angeles. He's made new friends, has steady gigs, and, most importantly, has the best boyfriend a person could ask for in antique dealer Christopher Gleason. But there are still open wounds, a family, and a past that he doesn't want to deal with ... until his seventeen-year-old brother shows up on his doorstep with bad news -- Gage's father is ill and the family needs him back in Salt Lake City.

Gage knows he must go to his father's bedside, even if the festering anger, the betrayal, and the pain that's still too fresh threaten to destroy the life he's made for himself. Will Gage be able to make peace with the past and heal himself once and for all before building a solid future with Christopher?

All That You Are (MM)

Though he hadn't been able to continue where they'd left off in the car, he was still glad when Gage didn't push away the arm Christopher threw over his shoulders as they watched the movie. The press of Gage's thigh against his was distracting, even confronted as they were by Robert Downey Jr. in perfect, delectable form. He was sure Gage did it on purpose, but he enjoyed it too much to make him stop.

When the movie ended, he was more than a little surprised to see Ben zonked out at the other end of the couch. "Did we keep him up past his bedtime?" he whispered with a smile.

"He's had a pretty long day. Once I took him to the beach, he didn't want to leave." Gage pulled away from him to stand, and Christopher immediately missed the heat and weight of Gage's body. He took a blanket from the bed and gently spread it over Ben's still form. "He always crashed hard when we were kids, too."

"Do you still want to go out?"

"Yeah." Gage reached for Christopher's hand and pulled him to his feet. "He's not waking up again until breakfast. He won't even know I'm gone."

He let Gage lead him out of the apartment and downstairs without argument, but once they were back on the street, he tugged Gage back into his side. "Do you want to head over to the Red Fin? We can talk some more about everything, or get a late dinner, or just have a drink and relax if you want."

"No, I don't want to go to the Red Fin." He angled his head back and kissed Christopher's jaw. "Traffic's light. I want to go back to your place."

His pulse jumped at the featherweight contact, but he swallowed against the sudden desire to shove Gage into the wall and fuck him right there. "If we go back to my place, you'll end up spending the night. You know that."

"That's probably true. I guess that means you'll have to pull your car into the alley so we don't attract any attention."

When Gage slid his free hand around to cup Christopher's ass, far more sure than he would have been just a month ago, Christopher moaned softly. Even Gage's slightest touches drove him crazy. Sometimes, he could go from zero to a hundred just from a chaste kiss. "Fucking in a car isn't nearly as much fun as you think it is. There's no place for your legs to go."

"I'm willing to work around that problem if you are. Where do you want to go?"

He had no idea. The more Gage's hand roamed, the more his brain short-circuited. "Maybe we should slow this down for a minute. You've had a big day, too."

"Yeah, it was a big day. It was a long day, too, without you." He kissed Christopher's throat. "And I really just want to be with you now."

At one point in their relationship, before Christopher had his first real taste of Gage, he would have been able to be strong. He didn't think sex was what Gage needed right now. In fact, he was pretty sure he was using sex to avoid thinking about his father's illness. Just five weeks ago, Christopher would have pushed Gage away and stopped it from getting this far.

But this was now. This was Gage, asking Christopher for one thing, one thing Christopher had no difficulty providing, one thing he wanted as much as Gage did. The scrape of Gage's beard across his sensitive skin shattered what little resolve he might have had, and his chest shuddered as he tried to catch his breath.

"Let's go to Power." The leather club where they'd met wasn't really either of their scenes, but hook-ups were common there. They could dance a little, then find a private spot for something more. "I still haven't had the chance to fix those memories of yours."

Gage lifted his head, his eyes wide with surprise. "Really? You want to go there?" He took Christopher's hand and tugged him into motion. "I haven't been back there since that night."

He smiled at Gage's obvious enthusiasm for the idea. "All the more reason for us to do it now." 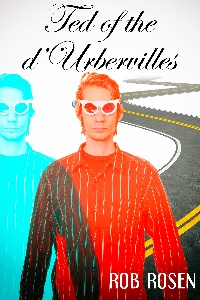