Next Generations: The Skulls

We were always supposed to end up together. I belonged to him, just as he was mine, despite our different MCs. There was only one true way it would end for us, together, like we always promised. We were so wrong, so naïve, too young to realize what we might face.
I never wanted to live without him, but after one stupid mistake, it looks like I’ll have to get used to being alone.

The only person I’ve ever wanted, the one who owned my heart is Tabby. All my life, I knew she’d be my woman, on the back of my bike where she rightfully belongs. It didn’t matter that she was a Skull, but I’m possessive, and I fucked up.
I should have known what was coming and protected her, but the club got in the way. Now I’ve got to pay the price. When the time is right, I’ll come back for her and claim her.
We were supposed to be together through thick and thin, along with all the bad times and good.
The bad times are now, so as long as we wait, it should be good again.
We hope.

Next Generations: The Skulls

More From Next Generations: The Skulls

She got to do pretty much whatever the hell she wanted to do, within reason. Her dad was still way overprotective and yet her twin, Miles, could do whatever the hell he wanted. The double standards were not lost on her. Even though Lash was moving the club forward, her father still had some old-fashioned views.

Staring up at the stars, Simon wrapped his arms around her, holding her close.

“One day, you and me, we’ll be side by side. Like it was always supposed to be. We both know that’s how it’s meant to be.”

A pain rushed through her chest. Was it?

For the longest time, she wanted nothing to do with the club, either of them. The Skulls nor Chaos Bleeds were part of her future plans. That all changed. She didn’t know how it happened. Just one day, she was pissed-off, angry, and the next, she knew without a doubt it was her calling.

She believed it was something Grandpa Ned had said to her.

“Honey, I know you don’t want the club life, and you’re right, it’s not for everyone. It takes a lot of dedication and commitment. Running from this doesn’t change who you are. You belong here. You need to understand there are people out there who have nothing. Who have no one. They would love to be in your position. To have family. You leave, your family will always welcome you back. You know how it goes. Don’t for a single second believe you don’t belong here. I know you’re a strong person, and you’re going to grow into a fine woman. The club, it’s part of that. It has helped build you.”

After their conversation, she’d been in tears. She finally realized that her place was as a part of the club and she didn’t hate that.

“It’s nothing. You know how it goes.”

“We’ve never talked about what’s going to happen when we’re able to get married.”

She tilted her head back. “You’re still wanting to get married?”

He held her a little more tightly. “No, I just know what a beauty I’ve got, and how fucking lucky I am.”

“Have you ever kissed another girl?” she asked. For some odd reason, she was thinking about his question from years ago.

“No, I’ve never kissed anyone but you.”

She pulled out of his arms, turned, and sat between his spread thighs, crossing her legs. “You’re sexy, hot. I go to school, so I know a lot of girls, hot girls, throw themselves at the guys. You’ve got ink already. You’re like a rebel. Do you seriously expect me to believe that you’re not, you know, with other girls?”

Anthony had a reputation at the school, but he never confirmed or denied the other girls’ claims. Tabitha had never seen him with anyone and she knew he was smitten when it came to Daisy. She’d never given herself a chance to think of Simon with someone else. They had hours between each other. Towns, even cities that separated them. For so long, they’d been writing, texting, rarely emailing.

Simon reached out, tucking one of her blonde locks behind her ear. She’d asked Lacey to dye the tips a deep blue, but her mother had said no. She hoped Lacey wouldn’t listen to her mother and just do it.

“You think any other girl would ever be able to take your place?”

“You’re telling me you haven’t?”

“Tabby, you’ve had me since we were kids. I’ll always be yours.”

“Tabby, baby, I’m not rushing you. You ever thought I’m not ready?”

She leaned in close and kissed his lips. “You’re telling me you’re not ready? If I told you I was ready to get naked with you, you’d tell me no?”

“Don’t put it like that. We both know you’re not ready. Do I want to have sex with you? Yes, it’s a stupid question. We’ve got the rest of our lives. I’m not going to rush you.” He cupped her face. “This is enough.”

Kissing him back, she released a moan, feeling a flutter throughout her body.

“It’s not a competition.”

“Oh, yes, it is.” He pulled her close and within his arms, she felt warm, safe, protected, and loved. It was all she ever felt with Simon, and all she knew she’d ever feel with him. 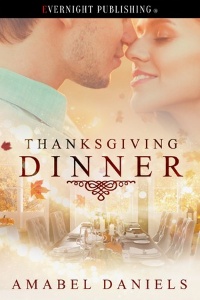