Involved in separate accidents. Russel and Finn end up sharing a cubicle in the ER on a busy night. As the hours pass, separately and together, they face issues of life and death, human nature, addiction, perceived shortcomings, love, romance, and sexual arousal.

Both men are feeling flirty and friendly at first, until they end up in a heated argument about what feature in a man is more important, his face or his body. After some time alone to think, Russel is eager to apologize for losing his temper and to explain where he was coming from. Unfortunately, Finn never returns from surgery, leaving Russel both sorry and worried.

Is Russel’s chance to make amends really gone? What will happen if the two ever do come face to face again? Can Russel win Finn over or will the need to prove his point screw everything up again?

“My dad, he had a different way of waking me,” I said softly. “The wakey, wakey thing was his.”

Following a hearty inhale, I blew, hoping my breath was fresh and also strong enough to make the strands on Finn’s forehead stir. Nothing happened, so I tried again, harder this time. The sound that came with the breath left me a bit self-conscious. I swore I saw movement, though, so I did it again, with all my might, which resulted in some spit on my chin and some extra girth in my cock.

“Back to plan A.” I grasped the side of the curtain and gave it a gentle flick. “Tickle, tickle.” I felt the draft and caught a whiff of sterile smell they’d somehow gotten into the fabric. Did Finn?

I gasped when his foot moved.

He felt it again. I knew, because his foot moved again, this time toward the other, taking it out of reach from further curtain contact and tickling.

“Shoot.” I wondered what else I could do.

Looking around, I noticed the cotton balls on my tray table again. The tray was too far away, still, but the cord from my remote was wrapped around the vertical support between the base with the wheels and the flat, fake woodgrain part on top.

“Thanks, Cristela.” Using the length of cord like a lasso, “Yippee ki yay, motherfucker,” I played cowboy, pulling my prize steer closer.

The first cotton ball I flicked from my palm didn’t go very far, not even to my feet, let alone Finn’s.

I tried again, putting more force behind the snap of my index finger, aiming higher, hoping an arch to the projectile would help the trajectory.

This time, the cotton ball landed just in front of Finn’s bed.

Further consideration brought the notion that chucking might be better, a simple throw, straight on or even a sideways toss.

Once again, I thought up and over was the key, either way.

“We’ll save that for when you open your eyes, Finneus Shea.”

The next cotton ball hit his belly, the one after that his chest, the next, his dimpled chin. I had two more chances to get him on the nose. That was my goal. Had it turned into a challenge beyond getting Sleeping Handsome to awaken? Maybe.

“Wake up, my prince.” I stopped to look at Finn some more. “Now there’s a fairy tale twist, a kiss to wake the prince. Not totally original, I guess. Evie had to kiss Doug to wake him up in Descendants 3. Have you seen that, Finn, or am I the only post-twenty-something raised on Disney Channel who never stopped watching?”

I waited for Finn’s response in vain.

“Of course, Doug, being the son of Dopey the dwarf, isn’t technically a prince. His mother might have been a princess. I’m not sure. I don’t think his mother is Snow White. That would just be weird.”

I took a breath. I was talking more to Finn than I had to anyone in months.

“Okay, whatever.” Two cotton balls remained. Actually, there were three, but one was way on the edge of the table, completely out of reach, even with the whole contraption closer. “Enumerating my many flaws has never really stopped me before.”

That was a lie.

Victory! I got Finn right in the nose. He might have crinkled it. There was maybe a twitch, like Samantha performing magic on Bewitched.

Another toss, another bullseye, another slight reaction.

My cowboy rope had slipped too low on the tray thingamajig to get it to move. It was tangled, too, and the wheel section had ended up under the bed, most probably stuck there.

The cotton ball mocked me. I heard his little, whiny cotton ball voice saying, “What ya gonna do about it?”

“I’ll show you what.” I yanked really hard. “Son of a ...!” The jerking caused a shift at my hip that made my leg feel as if Road Runner from Loony Tunes had dropped an anvil on it from five hundred feet up. The sound the tray table made crashing to the floor was comparable to that, too. 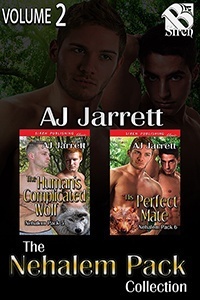