Wilson Fritz knows the cruelty of the world, and he doesn’t believe in love. Meeting Macie Green changes everything. One chance encounter, and he knows she'll belong to him forever. He should just walk away, but every time he tries to leave, he goes back for more. Each day that passes, Wilson craves her a little more, and he won’t risk anyone else taking her.

Macie has never been in love, but she realizes Wilson is different. It doesn’t matter that he’s eighteen years older than her. Whenever he’s near, he makes her heart sing.

When an enemy from his past threatens his woman, he has no choice but to seek him out in order to protect Macie. He would do anything for her.

But when he finds out she's pregnant, will he leave her to fend for herself, or is this the start of their own fairytale?

More From Crave and Claimed

Did this man not know how mesmerizing he was? She could listen to him all day long.

He moved off his car and closed the distance between them. Macie didn’t know if it was possible, but she felt his heat surround her. Tilting her head back, she stared into his blue eyes. She felt safe and warm this close to him. Normally, there was a counter between them, but this felt good.

Macie had never felt this way with anyone before in her life. She’d never had sex with a man, or even wanted to.

As she licked her lips, her mouth felt dry, and heat flooded between her thighs.

Wilson cupped her cheek, his thumb running across her bottom lip. “Do you want me?” he asked.

Macie didn’t know what to do. “I don’t understand.”

“Yes, you do. You know I’ve been coming to the diner to see you, Macie. I don’t give a flying fuck about the food or anything about that place. The only person I want is you. Only you. Will you be mine?”

No one had ever approached her like this. Her heart raced.

Was this … a proposition?

“Yes, I will.” She didn’t know if she’d just made the biggest mistake of her life. Macie was many things, but she wasn’t a fool. After years of watching men come and go out of her mother’s life, she came to learn at an early age that they were good with words. Spewing whatever crap they could to get a woman into bed.

Before she worked at the diner, she did have a temp job at a bar, and she got to witness guys firsthand, and she didn’t like what she saw, which was why she never gave in.

There was something different about Wilson. She had no idea what it was.

He was still a guy. Rich as well. From the clothes he wore and the watch, all of it screamed money.

At first, he’d made her nervous because she knew he was capable of taking care of himself. A fighter. He could clearly hurt her, probably kill her and dispose of her body, but with the way he looked at her, it was like she was the only person in the world, and there was no denying how much she liked that.

Macie gasped seconds before he slammed his lips down on hers. The kiss wasn’t gentle. It was hard, possessive, demanding, and she submitted to him, feeling her body blossom beneath him.

Arousal awakened within her, and she couldn’t resist wrapping her arms around his neck, holding him close, not wanting to let him go.

All too soon, the kiss was over, and Wilson had the car door open.

Macie didn’t hesitate climbing inside, loving the warmth that enveloped her. He climbed into the driver’s seat, and they were suddenly on the road, heading away. She didn’t know where, and she kept stealing glances at him.

He reached over and put his hand on her thigh. Her skin was so cold with the small skirt of her uniform, but she felt the warmth of his touch.

Teeth sinking into her lip, she tried to contain her moan, but it had already released.

Wilson chuckled. He was so much older than her. Macie had no doubt she was out of her depth, but that didn’t seem to stop her.

The snow fell thick and fast, the ground slowly disappearing. She started to feel a little afraid until he turned toward an underground parking facility. He pressed a button, and his window slowly came down. She watched him wave a keycard in front of a machine, the gates opened, and they were safely protected in the parking lot.

There was no escape, not that she wanted one. 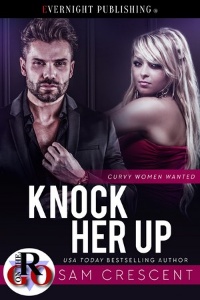 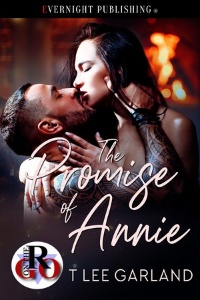