Wesley Kim wants to give his boyfriend a perfect Valentine’s Day. He wants it to be better than Finn could ever imagine. And that’s a lot to live up to, since Finn Ransom’s a genuine movie star. Even worse, everything’s going wrong.

Wes has a prestigious scholarly conference on Valentine’s weekend and he’s supposed to give the keynote talk. He’s brought Finn along but hasn’t had much spare time. The rain won’t let up. And Finn’s legs still hurt from old injuries, in cold damp weather.

Wes is afraid he’s made their Valentine’s Day a disaster, but Finn might have a plan to make it perfectly sweet after all.

The evening, still early, was cool but comfortable in the way of a luxurious temperature-controlled hotel. Rain flecked the windows near the elevators; Finn glanced over at the drops and smiled, and also waved to a few scholars with conference badges as they disembarked through elevator doors.

“I met them yesterday when we were getting coffee and you were talking to Beatrix, I mean Doctor Knight, about the setup for today. They’re nice. Andrea, with the blue hair, said she’s using your first book a lot in her dissertation. She also has two cats. I like cats.”

Wes leaned back against the elevator rail, put his head on one side, looked at his boyfriend. Finn, reflected in brass and bronze and dark wood, was casually wonderful as usual: fascinated by every single person, eyes all big and bright, sleeves pushed up in order to feel more of the world.

He’d dressed up, at least for him: nice dark jeans, and a light blue sweater over a darker blue button-down, a compromise between the desire to fit in at Wes’s academic conference and Finn’s own Southern California flip-flops-and-sunshine style. He’d come up to their room to change, after roaming around in San Francisco rain, before popping down for Wes’s keynote.

He was leaning more weight than usual on the cane. On good days he didn’t need it; on the worst days he needed more than that. This was somewhere in between, Wes judged. Exertion, the weather, walking around, unstable ground. But not too bad.

And there was that irrepressible grin, hovering in smile-lines, in eye-crinkles, in the way Finn looked at Wes right back, up and down and appreciative.

Wes raised both eyebrows at him. “You do like watching me work ...”

“I like watching you in charge of a whole room. My genius. Everybody, all those scholars, listening to you.” Finn paused, added, “And I like you in that suit, Professor.” He even threw in batted eyelashes, though his lips twitched: half laughing, half serious about the liking. “I got you a present, too.”

“I hope that means you naked,” Wes said. They had the elevator to themselves, and a few floors to go; he put down his bag, stepped in closer, put a hand in Finn’s hair. “Because that’s what I want.”

Wes kissed him. Not roughly, not pulling them off-balance; but deep, profound, enough that the blood pounded in his own ears.

Kissing movie star Finn Ransom in a hotel elevator, in a world of history and passion and love. The taste of Finn’s mouth, lightly mint-flavored lip balm and sweet coffee and heat. The softness of Finn’s hair tangled into Wes’s hand, and the way Finn’s eyes slid shut, savoring each sensation, as Wes’s tongue delved into his mouth.

It was all wonderful. Full of wonder. Like the man in his arms.

Finn always kissed with wholehearted devotion, every drop of attention given to the experience. Wes loved that about him, had loved that from the start, always would love that: that determination to be present, to appreciate, to dive with eagerness into joy.

So he kissed Finn more. Harder. Equally eager, making sure Finn knew it.

The elevator stopped at their floor, with a pointed ding! of arrival.

Finn, being kissed, started laughing; Wes tipped their heads together, grumbling, “No sense of romance ...” at the mechanics of the world.

“Oh, I don’t know.” Finn followed him out of the doors, amusement palpable. “I think it’s telling us to get a room. Which we have in fact done. So it’s on our side.”

“Because it likes you,” Wes told him -- it was true; elevators and babies and cats and old ladies all liked Finn -- and found a room key in his pocket. Their room was fairly close to the elevator bank; he hadn’t asked for that on purpose, but it’d been helpful.

He opened the door. And stopped.

Finn, behind him, said, “Surprise?” and waved the cane at the room. Theatrically.

Sugar bloomed in a holiday fantasia across the desk, low table, the arm of a chair. Dark chocolate salted caramel squares shimmered from a cable-car-shaped gift box. Raspberry-filled hearts beckoned from a box, surrounded by pink ribbons. A cellophane-wrapped tower of brownies and hot chocolate mix crinkled at him. Exquisite tiny cocoa-and-almond truffles overflowed from a mug.

The mug had a heart on it, for good measure. 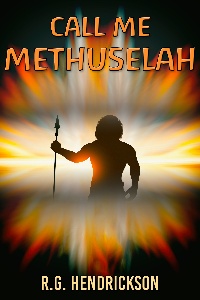