Faith does everything she can to get her family away from the monster who happens to be her father. Trapped at home, she finally runs and hides, waiting and watching for the perfect time to get her sisters and her mother to safety.

Graham takes one look at the grubby and tired young woman and decides she is his. When he finds out who she was and realizes the extent of her problem, it makes him more determined to protect her.

The problem only seems to worsen, and he is forced to pull his family into something that can destroy them. This drama doesn’t impact just their families. Instead, a third family run by a sadist enters the fray. He wants the girl and doesn’t care who gets hurt on the way.

Can Graham convince Faith to trust him—with her heart and her life?

Graham looked up from his desk as two of his guys strode in, dragging a small person between them.

He set his pen down and sat back.

“Yo, boss, we found this kid in the warehouse on Seventy-Fourth.”

“He was in the warehouse?”

“Yeah. The little bastard has been there for a while, too. He took one of the back storage rooms and turned it into his own little apartment.”

Graham studied the person who looked more like a kid in a dirty oversized gray sweatshirt and ratty jeans. “Okay, I’ll take care of it. I might have you come back for the body, though, so stick around.”

He grinned at the gasp from the kid and watched the men leave, waiting for the door to close.

The little shit crossed his arms over his chest.

“If you don’t give me answers, I’ll get them another way.”

He sighed when the kid stood mute. “Take off the hood.”

“If you don’t do it yourself, I’ll come to help you. I guarantee it won’t be pleasant, and I’ll leave bruises on you.”

The hood came down, and it took a moment for Graham to realize the kid was a woman. There was no mistaking the adult female structure of her face, and although dirty, her skin was blemish-free and pale except for the bruises under her eyes, telling him she hadn’t gotten enough sleep lately. Her black hair seemed to be in a bun, so he couldn’t tell how long it was. From where he sat, her eyes looked green and were striking.

“What in the fuck is a young woman doing in one of my warehouses?”

“Ah, so you can talk?” He almost smiled when she scowled. “Do you know who I am?”

She nodded. “The brutes who brought me here talked about Graham Maclean.”

“Have you heard about us?” Graham asked.

She shrugged. “Sure. I’ve lived in the city my whole life.”

He studied her for a while.

“Can I go now? I promise not to go into the warehouse again.”

He snorted. “You really think I’m going to let you stroll out of here before I get all my answers?”

She pressed her lips together.

“Listen, babe. I’ll tie your ass down and wait for as long as it takes to get my answers. It’s up to you how long it will take.”

She took a deep breath. “Faith.”

“Faith what?” he snapped.

He leaned forward and tipped his head because he didn’t think he’d heard her right. “Say it again.”

She cleared her throat. “Moretti.”

He sat back and stared. Fuck. This could get his whole family killed if they made enemies with the Moretti family. “What were you doing in the warehouse?

“Why?” He could tell she was exhausted and frightened. Her whole body shook, and she tried valiantly to hide her fear with a stiff back and a raised chin.

“He was going to marry me off to Gabriel Rizzo.”

Graham’s stomach tightened, and he knew he looked shocked. Everyone had heard about that bastard because he was a sick fuck. He was a sadist to the extreme. “I’m going to assume your father, like everyone else, knows what the man is like?”

Her chin trembled as she nodded.

“To bring the families together.”

Jesus Christ. This just kept getting worse. Having the Moretti family against them was terrible, but it would be disastrous having both them and Rizzos.

“What would you do?”

“I would hide to the best of my ability.”

“And what will happen when they find you?”

She looked down. “If I’m caught, I’ll kill myself.”

He gasped. What the fuck? “You would just give up?”

She tried to laugh. “If I’m caught, my father will take me to the Rizzos that same day to prevent me from running again. Gabriel already warned me if I disobey him, he’ll start torturing me right away to kill my defiance and to punish me. As an extra treat, he’ll rape me and then let a few of his guys at me. So, yeah, I’d rather be dead.”

“I’ve heard about some of the shit he does.”

“Then why the hell doesn’t someone do something?” she yelled, surprising them both. “You know what he does to women, and then he kills them so they can’t talk. He’s a serial killer. Everyone knows that, but they’re too chicken to do anything about.”

He couldn’t dispute her because it was true, and Graham wondered why no one had.

“Listen, if you give me a gun, I’ll shoot him myself.”

“And then what would you do?” he asked sarcastically.

“Shoot myself.” She said it so matter of fact that he believed every word.

“Listen, I’m not going to let anything happen to you.”

“You can’t promise me that.”

His hand slapped down on the top of his desk. “I don’t fucking care what you believe. At the moment, we have to keep you hidden until my brothers and I decide what our next step is.”

“Where are you going to hide me?” 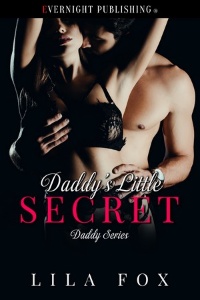